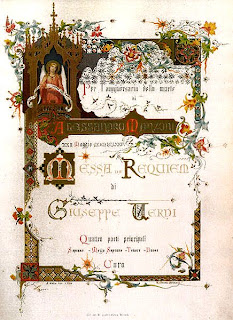 As promised, HERE is Robert Hugill's detailed review of Prom 13 Verdi Requiem. Enjoy !
"....Verdi’s use of the soprano in the final ‘Libera me’ ensures that it is the soprano who we remember best. Poplavskaya brought her familiar plangent tones and beautifully expressive line to the role, singing with a commitment which suggested she was living the part rather than just singing a soprano solo. She floated some supremely lovely lines during the piece, but these were always intelligently placed and not just vocalism for its own sake. In the ‘Libera me’ she took the drama to the point where she was in danger of becoming manner, but the ‘Requiem’ section where she sang just accompanied by the unaccompanied choir was simply beautiful. Though I must admit to having a slight reservation, Poplavskaya’s quiet plangency threatened to push the notes below pitch, but this was a small point in what was a very fine performance."
at July 27, 2011