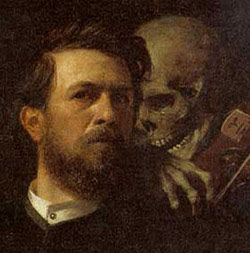 You could already hear how Vladimir Jurowski and the London Philharmonic would shape Liszt's A Faust Symphony  (BBC Prom 15) from what they did with Kodály and Bartók, not the most obvious companions to Liszt apart from the fact they were Hungarian. Different times, different outlooks, but Jurowski drew on the common thread.

Elegant detail in Kodály's Dances of Galánta, especially the glorious solo clarinet theme. It leads the whole piece forwards, seductive yet sinister. This is no empty pastoral: the dances were used by the Hapsburgs to pressgang guileless recruits into the army.

Similarly, Bartók's Piano Concerto no 1 builds upon confrontation between piano and percussion, Bartók deliberately wanted the piano and percussion together to focus on the struggle which lies beneath the otherwise poised, almost Bachian orchestra. Recently, Yefim Bronfman played this concerto with Salonen and the Philharmonia. Jean-Efflam Bavouzet with Jurowski and the LPO take a different approach, though both are equally well thought through. Bronfman's solid richness was impressive, but I think Bavouzet's crisp, "French" brightness sharpens the bite. 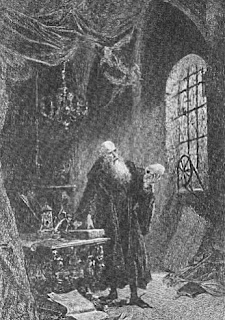 Liszt's A Faust Symphony is a study of psyche. He knows that everyone knows the story already so he pits the protagonists by creating character together through the impressionism of abstract music.

Thus the first movement, depicting Faust, sets out the main themes which will dominate the whole symphony. They're open, and searching, like Faust's idealistic visions. The LPO's fabled strings carve expansive arcs which seem to probe into space. The famous affirmative theme here was gorgeous, full of vigour. Yet the brooding low winds suggest the melancholy of Faust's drab existence, entombed among his books. The violins probe, as if Faust is singing "Do I dare?" Alarums, cries of discord that sublimate into stillness. Is Faust contemplating or is he being seduced by Mephistophele's sinister charms? That's the beauty of a tone poem - you never know for sure, you rely on what you hear instead of reading text. Jurowski's background in opera informs the way he defines this symphony, so it "feels" vivid. The many repetitions aren't routine, for they reflect Faust's dilemmas. He's no hothead, he thinks before he acts. So when the glorious affirmative theme wins through, the brightness is dazzling. 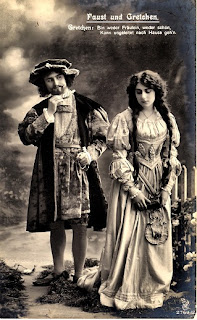 The hesitations that begin the "Gretchen" movement reflect Gretchen's timidity. Then the affirmative Faust theme enters and Gretchen blossoms. Notice that Liszt gives equal time to Gretchen, whereas in Goethe, she's an almost incidental feature. Is she a real woman oir little more than Faust's fantasy of ideal purity? Perhaps that's why Gounod needed Valentin to flesh things out.  Part of Gretchen's appeal to Faust  may be that she doesn't cogitate like he does, but goes straight for her feelings. Maybe Gretchen is a projection of Faust's dreams. But without Gretchen, Faust would not be redeeemed and the crucial das Ewigweibliche zieht uns hinan would be meaningless.

Perhaps Liszt defines Gretchen with greater clarity because it gives him a chance to write poised, understated beauty. This Gretchen is harps, delicate violins, serenity, counterpoint to the crudity that is Mephistopheles. Faust's affirmative theme returns, but this time without the trascendant glow. Jurowski and the LPO play Mephistopheles's version of Faust's themes with deliberate hollowness, so you can hear how the old devil, for all his powers, can't figure out what Faust is about. The music jerks wildly between banalized Faust and even the refined Gretchen music. Thus, Jurowski paints the jerky, angular passages with their sudden stops and starts, so you can imagine Mephistopheles stomping about in frustrated rage.

Then the transfiguration. Mephistopheles is blitzed away by glorious male choir, out of which emerges Marco Jentzsch's plangent tenor. The way Liszt embeds the tenor into the choir is significant, for it creates the idea of Faust reborn. No more is he a loner locked in with his books. Here, he's helped heavenwards by other voices to new horizons. At last, words, but the real meaning is the way they're expressed in music. Jentzsch combines vulnerability with heroism. Listen to the way he projects the legato, without losing the beauty of tone even against the massed forces behind him. Nurtured well, Jentzsch has the makings of a Heldentenor. This "is" Faust, individual to the very end. Hinab, hinab, sing the chorus. No brutal bombast in this Ascension, because it's Gretchen's values that win out, not Mephistopheles's butch crudity.

Definitely worth relistening ! HERE is the link, available online on demand for 7 days on Radio 3, and on BBC4 TV from 29th July. This is a particularly astute performance because Jurowski defines the depth of character in the music so well. Sincerity and quiet faith, not banality. That's what Faust and Gretchen stand for.

Your description of this work(faust symphony)is most wondrous and does justice to the great man, which is liszt.