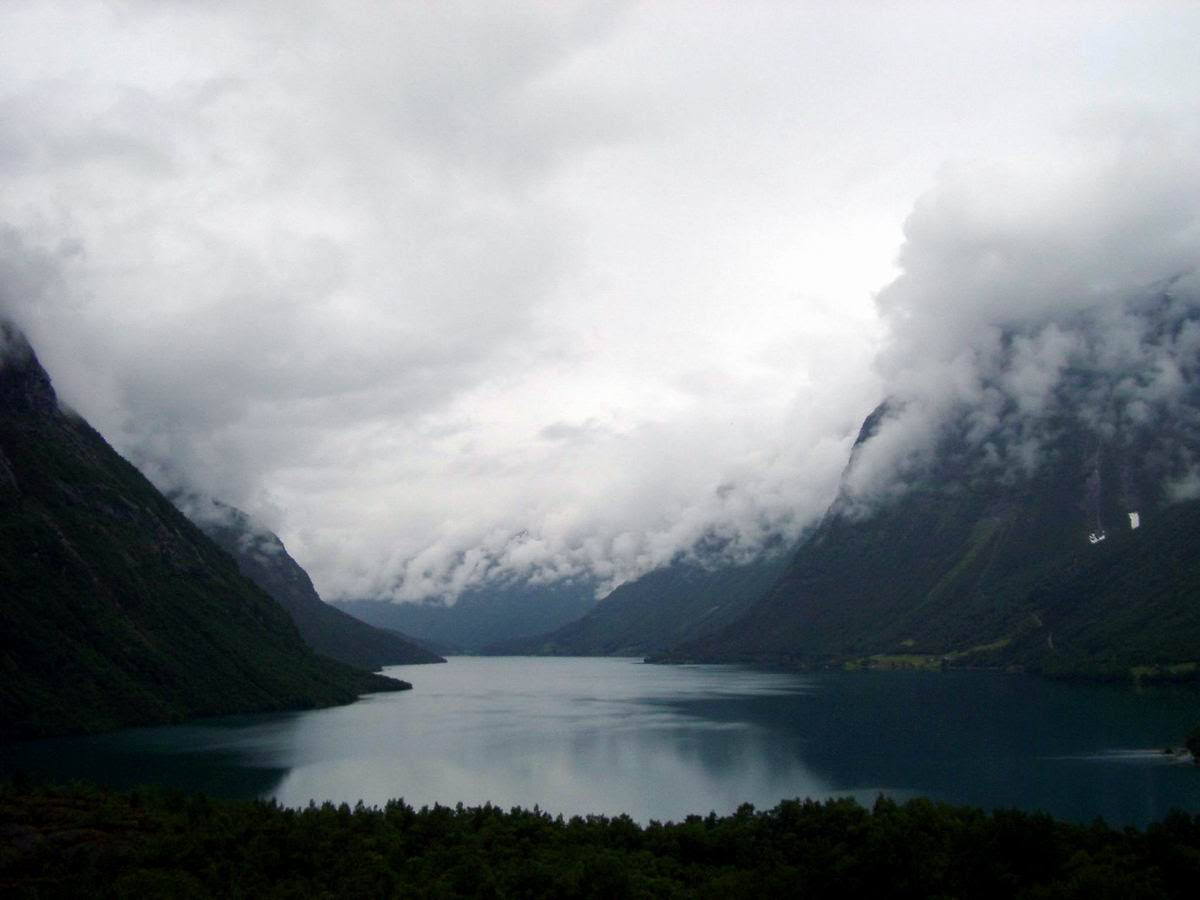 Edvard Grieg wrote to a young urban composer "You need an inoculation of mountain stuff into your work.  For Grieg, the pure air and physicality of mountain living inspired a deep emotional response. He wrote about the "youthful combativeness" of Norway, "like the music of harsh triads compared with all the sugary seventh chords " in Denmark. In Norway, he said "the conflict concerns spiritual existence" while in the urban south it was "just a matter of trivialities".

That's probably arguable if you're Italian or German or Finnish or Czech,  but what Grieg is getting at is the concept that composers are shaped on an instinctive level by the landscape around them. For Grieg, the very remoteness of Norway's landscape symbolized the distancing he needed to counteract the Austro-German musical hegemony. Mountains, fjords and harsh winters concentrate the mind . What is trivial and commonplace is dwarfed by the power of nature. In his seminal Grieg: Music, Landscape and Norwegian Identity,(2006) Daniel M Grimley shows how landscape inspired a sense of identity that gave rise to concepts which would shape Norwegian culture. Speaking of Gangar op 54/2. Grimley demonstrates how Grieg develops a powerful structure by contrasting dynamic and static elements. "It is, arguably", he concludes, "the denial of personal subjectivity and the longing for transcendence that this systematic organisation and division of musical space creates that is the most powerful expression of Grieg’s landscape." 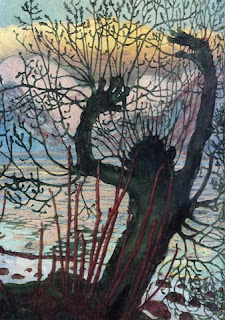 Grimley naturally focuses on Grieg, Bull and the poets who inspired them (and changed the very language).  But similar things were happening in the visual arts. Edvard Munch immediately springs to mind, but there were many other painters and craftsmen. Just as elsewhere in Europe, new concepts of design were sweeping away the past, so too in Scandinavia. About 25 years ago there was an exhibition at the Royal Academy called "Northern Light", which showed how art nouveau and Japanese design concepts meshed well with the nature-oriented simplicity of Norwegian life. Recently I wrote about Delius in this context, but the concept applies even more so to Grieg and his contemporaries (who got there first).(painting is Nikolai Astrup (1880-1928 ) Read more about him HERE

Everyone is going to have different ideas on any subject but that doesn't mean it's right to destroy anyone who doesn't agree. Now, thanks to the internet,  ideas about community and identity are being redefined. Once we jostled on with others and at some level realized that no-one really is omnipotent. Now any nutcase can link to other nutters and convince themselves that their reality is more important than anyone else's. This new community reinforces absolutism, in poltics and everything else.  In the moral vacuum of modern communications, perspective disappears, and with that tolerance and decency.  And I don't mean just gunmen. Again, Norwegian myth to the rescue.  Trolls don't venture forth, learn, develop. They are fools but they get their kicks from destroying travellers who do. They usually win because they operate  thru networks of fellow trolls.  Significantly, trolls live under bridges and travellers seek wide open spaces. Out in the mountains and in the vastness of nature, we're forced to realize how grubby bigotry can be.

I've written a lot over the years about what mountains signify in music, especially in Mahler. Please read HERE and HERE for example. Also please read here about Thorbjørn, who was a Traveller, in every sense.

I just wanted to point out that modern communications is a two-edged sword; merely a tool, albeit a powerful one, that can be used for destruction, but may be used constructively as well.

Many of us, yourself included, use this tool in a productive way; a way that promotes tolerance and decency. And then of course there are those who use the tool destructively, such as you mentioned in your post.

I think the scary thing is the power of the tool. Possibly the most powerful ever in existence. If I use a stick, I can hurt maybe a couple or a handful... or a few hundred people at most. With the internet the reach of the user is global.

Thanks Mendel. The gunman analogy all over. A troll, but he can do limitless damage.

Exactly, and he can attack the travelers in their wide open spaces without ever leaving the dark, cold comfort beneath his bridge. When you find him there and defeat him you realize that he was merely a clone of a different troll under a different bridge who has already created two more clones while you were busy defeating the one.