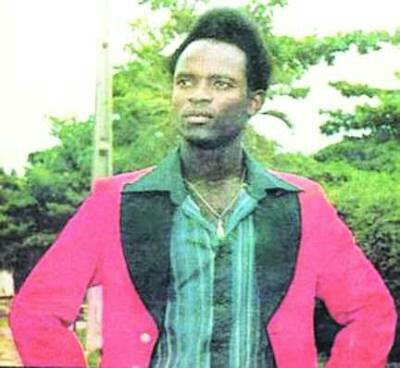 A few years back  someone did a "life satisfaction" survey and Nigeria came out tops. Despite the poverty and disorder !  People chase material wealth but where do real values comre from ?  Here's  a classic from Nigeria from 1976.

"This life is wonderful, but don't be proud because you have it, it comes from God" (ie fate)  "Almighty" he sings after a short pause "Pickin-o good-o, if you get, if you no gettem.... . "Money is good-o, money good-o, we know, if you get, but don't laugh, many people no get's...but if you no gets, make you no cry, first time is the best. Opportunity comes but once in this world. Who knows tomorrow, my friend? Nobody knows tomorrow...."


Prince Nico Mbarga (1950-1997) also wrote Sweet Mother the all-time iconic African classic.  But he didn't make money from it.  In  Africa, that song was played everywhere and adapted naturally into the culture, since it celebrates the central values of motherly love. Strong women, who suffer, but give everything for  their children. Ordinary people, not the values of corporate greed.  Prince Nico didn't live cocooned in luxury. Born in Ikom in Nigeria, he lived in Cameroon, where his father came from, at 17 was forced to leave start all over again in Nigeria, where his mother came from. age3d only 47, he was killed in a motorcycle accident.  When I originally wrote this post in 2011, I didn't know much about him except what I learned from a good friend and regular reader who's familiar with West Africa and West African music. He explained at the time what the words in Sweet Mother mean. "Pickin-o means child in West African slang, and may come from the Portuguese pequeno. Prince Nico was very family oriented, so to him having children was maybe more valuable than having money." One really freaky thing is that my father's family nickname was Pepino, an adaptation of that same word, tho' my dad had no connections to Africa. A shared universal culture, where some values are greater than material power ?

Since I first wrore this post, much more new information from Sami Kent who,in 2017 visited Ikom in Nigeria,where Prince Nico was born and where his people still live. It's wonderul read, with plenty of background, so please visit the site !