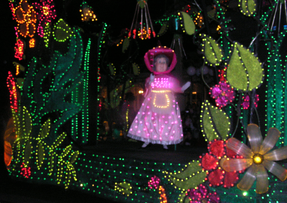 "Kurt Weill in a Tutu" I wrote in April, when the Royal Opera House announced the premiere of Weill's Magical Night (Zaubernacht). It's now on at the Linbury Studio. From word of mouth, it's pretty fantastic. Find a kid, or an excuse, to go. My friend took his little daughter who is or was a staunch fan of Lion King. "Much better (than Disney)", she declared. "I want to go TWO times" (kidspeak for "many" times").  She was so thrilled she couldn't stop talking about it and woke the next morning saying she'd dreamed about the Pink Fairy. "Empowering" said her Dad. They immediately re-booked.

So if you want to give a kid a treat they'll never forget, get to Magical Night at the Linbury. Material toys they can get any time, but this is a unique opportunity to get them hooked on the magic of live theatre.

Magical Night is very early Kurt Weill (1922) so isn't typical of his later work. It premiered in Germany in 1922 and had a US production in 1925 but then disappeared. Meirion Brown did a version in 2000 based on the pianos score and contemporary newspaper descriptions. In 2005, the "lost" orchestral parts were fround in a box in the Weill archive.  Since then, there have been two completely different productions, one in April this year in Dessau and this new version at the ROH Linbury. The ROH production is choreographed by Aletta Collins, with an amazing set by Rachael Canning. Giant Robot toys, the Pink Fairy, scary things and real children having fun. It's quite irrelevant to fuss about "period" setting. Children don't really change at heart. If anything, modern kids, bombarded with TV, film and video games, need more than ever to be transported into a "Magical Night" of heightened imagination.  Full review to follow soon in Opera Today.