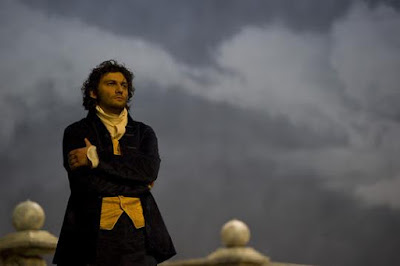 Noël, Noël, Noël sing the children, even tho' it's July. Welcome return for Massenet Werther from ONP Bastille Paris streaming again on medici.tv HERE. This is the fabled performance from early 2010 which won a Diapason d'or when it went onto DVD. Jonas Kaufmann, Sophie Koch, Ludovic Tézier and Anne Catherine Gillet! Just look a that cast and listen to that divine singing! Kaufmann fans will get lots more of their man as Werther than as Cavaradossi. He's ideally suited to the troubled romantic Werther, and there's plenty of room for him to develop the role in all its nuances.  What's more, Sophie Koch sings Charlotte with such depth that she's emotionally real. And what perfect, sensitive timbre in all the parts. It's so beautiful, I've been listening again and again, just to soak up this singing and playing (Michel Plasson). 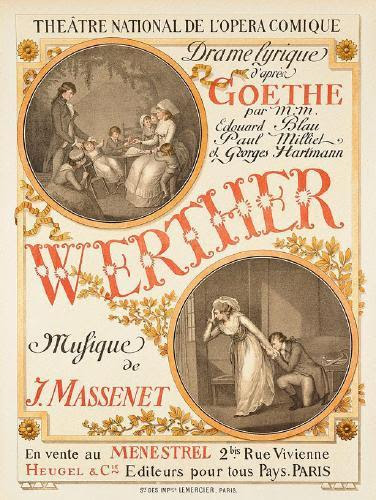 The production and the film are by Benoît Jacquot, which is significant as he's primarily a film director.  Don't let that panic you. Unlike most theatre people he's musically literate and sensitive to the inner drama of this almost action-free opera, where most things take place in the protagonists' heads. That's the beauty of this production, which minimizes props to the max so everything's concentrated on the singers. Psychologically true, too, for Werther lives in a world of his own where reality doesn't much intrude. Wide, open vistas on stage, bare but for rustling leaves, or oppressively huge windows that dwarf the singers. Jacquot also directed the film, so he develops the basic concept even further. Often the singers are shown, alone, on the platform with orchestra in view, as if they were in recital. Sometimes we see the back of the props! This Werther is about the singing, and because it concentrates on performance, not trappings, the music speaks all the more deeply. Fundamentalists will moan that it's not "decorative" as they imagine Werther should be (see the original poster here, Eugene Grasset 1893). But think about the plot, and listen to the music. It's not about chintz !
LOTS more on Massenet on this site, like Le jongleur de Notre Dame, Massenet mélodies with Véronique Gens, Cendrillon, Manon and Le portrait de Manon.
at December 27, 2011