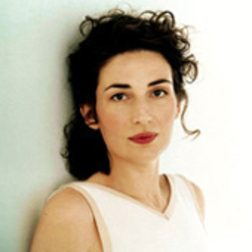 Véronique Gens is one of the reasons French music is now in a new golden age. Her core repertoire is baroque, so that lucid aesthetic informs her approach, ideally suited to the intelligence of French song. All week I've been enjoying Véronique Gens's recital at the Wigmore Hall still accessible on BBC Radio3  til Xmas Eve. Please listen - it's lovely.

It's unusual too, focussing on songs by Jules Massenet and Charles Gounod, better known outside France for their operas, contrasted with songs by Reynaldo Hahn. It's a good combination because it presents French song in context, and also suggests why French opera is so distinctive.

Massenet's Chant provençal describes a girl so pure she doesn't know her charms. Charlotte or Sophie? The piano part (Susan Manoff) protectively shields Gens's delicate vocal line. True innocence is harder to portray than extravagance. The trite poetry of L'âme des oiseaux is rescued by legato into which Gens breathes, suggesting flight and movement. Altogether more sophisticated is  the justly famous La mort de la cigale. It's an observation from nature, hushed in wonder. Only when the cicada is dead can the voice break out in protest. The cicada's life is too short. As is ours.

Soleil couchant is based on a poem by Victor Hugo, who builds inner phrases into each line, creating an inner  rhythm which Massenet respects in the range with which he sets each line. Gens is a soprano, but with such depth that she could be a falcon. Nothing simple about this sunset, for night will turn to day, just as rivers flow from mountains to the ocean.  "Mais moi, sous chaque jour courbant plus bas ma tête, Je passe et, refroidi sous ce soleil joyeux, Je m'en irai bientôt, au milieu de la fête, Sans que rien manque au monde immense et radieux!" Listen to how Gens shapes the rolling phrases and then breathes expansively into the last three words so they glow, and Manoff's piano cries in affirmation.

Gounod was a generation older than Massenet, and his songs reflect a different sensibilty. Gens sings them elegantly, beautifully decorating the trills in Sérénade. Exquisite singing, reminding me of the "alpine" lines in   Schubert Der Hirt auf dem Felsen. This poem is Victor Hugo again, from his drama Mary Tudor. Gounod sets it as a lilting berceuse. It's charming, but we'd best forget what happened to Mary!  Including the Lamento by Edmond, Prince de Polignac among the Gounod songs was a good idea. The Lamento is sensual, like a serenade on a lute, but has the air of something alien and and exotic. It connects the mood of Massenet's Nuit d'Espagne and even the open-spirited lyricism of Gounod's Ou voulez-vous aller? with the world of Reynaldo Hahn. One belle époque leading to the next.

Reynaldo Hahn's music evokes for me the luxury of salons graced by such as the Prince de Polignac and his widow Winaretta Singer, friend of Nadia Boulanger and Hugues Cuénod. Hahn's music is highly perfumed but its refinement is by no means merely decorative. A Chloris, for example, the song everyone loves, is based on renaissance court poetry and Bach's Air on the G String, reimagined through the prism of Paris in 1913.  Hahn and his circle were fully aware of what Debussy, Stravinsky and others were doing. A Chloris is an exotic hybrid, a hothouse flowering  that survived because it catches the imagination. For Véronique Gens, it's a link between her baroque background and her championship of later French repertoire.
at December 19, 2011