First and greatest Traviata of all - 蘇小小 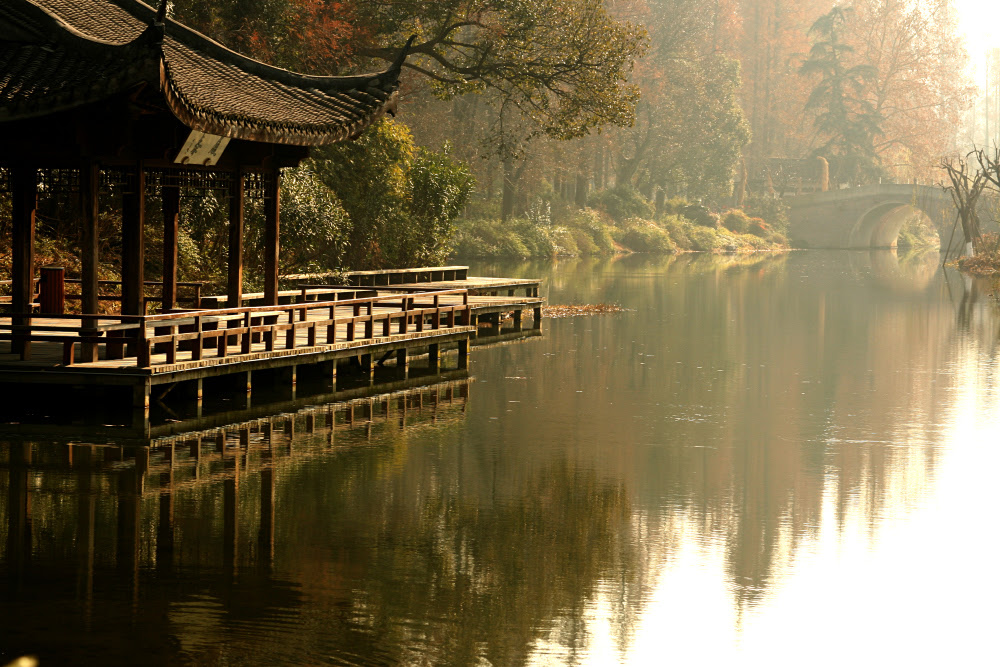 Another heroic consumptive courtesan? Su Xiao Xiao (So Siu Siu, 蘇小小) was a real person though relatively little is known about her since she died aged only 19 around 501 AD.  But she inspired some of the greatest poets and artists in China, and helped shape fundamental Chinese values. She's a cultural icon, even after 1500 years. Yet she was born in poverty and sold to a brothel as a child.

Su lived on the banks of West Lake, near Hangzhou, an area celebrated for its beauty. Su became famous as a poet and musician: much more valuable than sex. Her legend, however, revolves on her moral integrity. After enjoying this week's La Traviata at the Royal Opera House, (read more here), I decided to watch the 1962 film 蘇小小 which ar the time was one of the most extravagant Cantonese movies made. Part of it was filmed on location on West Lake, showing  its temples, bridges and pavilions and Su's grave, a highly symbolic monument which was destroyed in the Cultural Revolution. The Red Guards thought she was bad because she represented Chinese tradition. In fact, her values would easily have fitted socialist ideals. 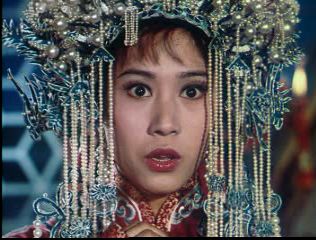 Su overcame her circumstances by merit, not wealth or connections. The film develops her poem in which two people encounter each other under trees by Xilin bridge. One is in a carriage, the other on a horse. Xiao Xiao (actress 白茵, Pak Yan, not the same as Pak Yin!) is on her way to the temple in her carriage and she meets Yuen Yu (周驄 Chow Hung) who is on a mission for his father, The Prime Minister. They fall in love and marry. Yuen's kept his identity secret becauase he knows Xiao Xiao doesn't trust wealth and power. But when he tells her who he really is, she says "I love you for you, not your Dad". Eventually the Prime Minister arrives and drags the son away fromk the unsuitable match. When the son is married off to a General's daughter, he tries to escape but falls to his death. Xiao Xiao doesn't know but pines for him.

The wicked local governor wants to sleep with Xiao Xiao but she stands up to him. If she writes a good poem, he has to leave her alone. It's so good that he's stunned into submission for a while. Morality and art as weapons.

Xiao Xiao also meets a scholar called Pao Yen (wonderful performance by Cheung Wood-yau 張活游)who's a master at singing and playing the  guzheng (table lute). More importantly, he's upright and opposes tyranny and poverty. "Why don't you become an official so you can do something about it", asks Xiao Xiao, ever down to earth. He's too poor to travel to the imperial examinations which qualify men for officaldom, so she gives him the money. No strings attached. Later Xiao Xiao is forced to sing for the wicked governor to raise money to bail out a young prostitute who's in love with a nice young man. By now, she's dying of what seems to be TB, so her song is so sad, the governor can't rape her.

The scholar passes his exams and gets a good job at court. So he returns to thank Ziao Xiao, but confirms that her lover is dead. It's too much and she collapses. Her last wish is that Pao Yuen plays the guzheng once more and sings of the West Lake and Zilin Bridge.

Shaw Brothers Studios used to make historical extravaganzas like this, but 蘇小小 was made by a tiny Cantonese independent called Peacock Productions which soon folded. Yet it's ambitious, shot in colour and has Chinese and English subtitles. If you want to watch it, email me for a link.

You might also like reading about another heroic Chinese Traviata, Lin Dai, in Love Without End.
Tomorrow I will review The Lady and the Peacock : the Life of Aung San Suu Kyi (2011) Please come back.  You can see why anyone well versed in Chinese/Buddhist values can relate to Aung San Suu Kyi and the ideas she holds. It's part of a culture that goes back moe than a thousand years.
at December 04, 2011