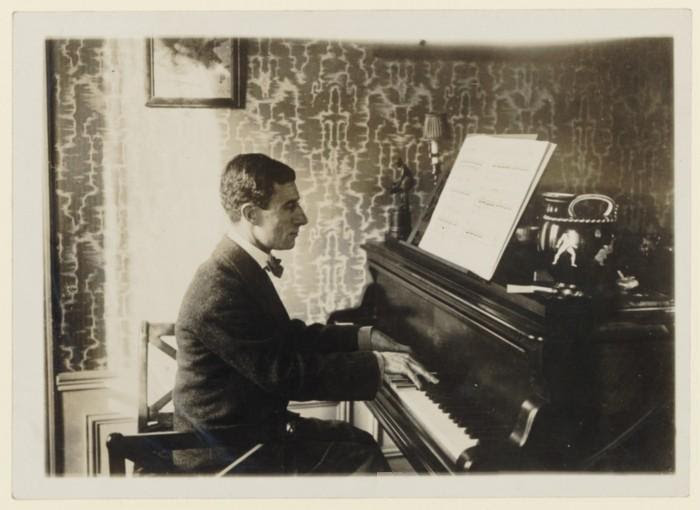 The Wigmore Hall marks the 75th anniversary of the death of Maurice Ravel with a series of concerts that run through to June 2012. Mixing piano song with chamber music, Bernarda Fink's recital  titled "Une rare émotion",  placed Ravel's vocal music in the context of his era.

That "rare emotion" was a search for alternatives to mainstream culture, exemplified by exotic, alien places. While British colonialism infantilized other cultures, the French saw in "orientalism" potential for creative growth. Ravel's fascination with non-western concepts wasn't effete, but an act of affirmative courage.

Bernarda Fink began her recital with Ravel's Cinq mélodies populaires grecques  Their simplicity is deceptive for they represent a very different aesthetic to the often florid fin de siècle lushness of the time. Perhaps it's significant that the poet who wrote the texts, Michel-Dimitri Calvocoressi, persuaded Ralph Vaughan Williams to study with Ravel instead of with Vincent d'Indy. Fink and Christopher Glynn, her pianist, are right not to overdo the folk origins of these songs, for they herald Ravel's later work, like Rapsodie espagnol and even Boléro. Perceptively, Fink and Glynn juxtaposed these songs with Debussy's Chansons de Bilitis, written only 5 years previously, preceding the sensuality of La Flûte de Pan with Camille Saint-Saëns Une flûte invisible (Flautist : Adam Walker)

Jules Massenet's Élégie (1872) was a reminder of the French Romantic tradition, here transcribed for cello (Marie Bitlloch) which nicely complimented Fink's lower register. The highlight of the evening, nonetheless, was Fink's performance of Ravel's Chansons madécasses (1926). This is Ravel's exoticism in full glory. Fink's singing took on a shimmer that brought out the suppressed erotic tension. Her Aoua! was spectacular, vibrant with horror. "Méfiez-vous des blancs, habitants du rivage", she sang. Beware of the whites, who make enticing promises, but bring carnage. The violence is even more terrifying when Ravel follows this outburst with Il est doux. A man is sitting under a palm tree, a woman is preparing his meal. The music lilts languidly. But who is the man, and who is the woman? After Aoua!, we should beware. Ravel is provocative. Exoticism isn't safe.

Fink and Glynn sang Debussy's Trois mélodies de Paul Verlaine (1891) and a selection of Fauré songs from his op 39 and 76, including the lovely Les roses d'Ispahan which often makes me swoon,  but after that Aoua! anything but Ravel seemed tame. Glynn's transcription of Poulenc's Priez pour paix, for voice, piano, flute and cello ended the evening on a less disturbing note. Full review in Opera Today  here.
at December 15, 2011