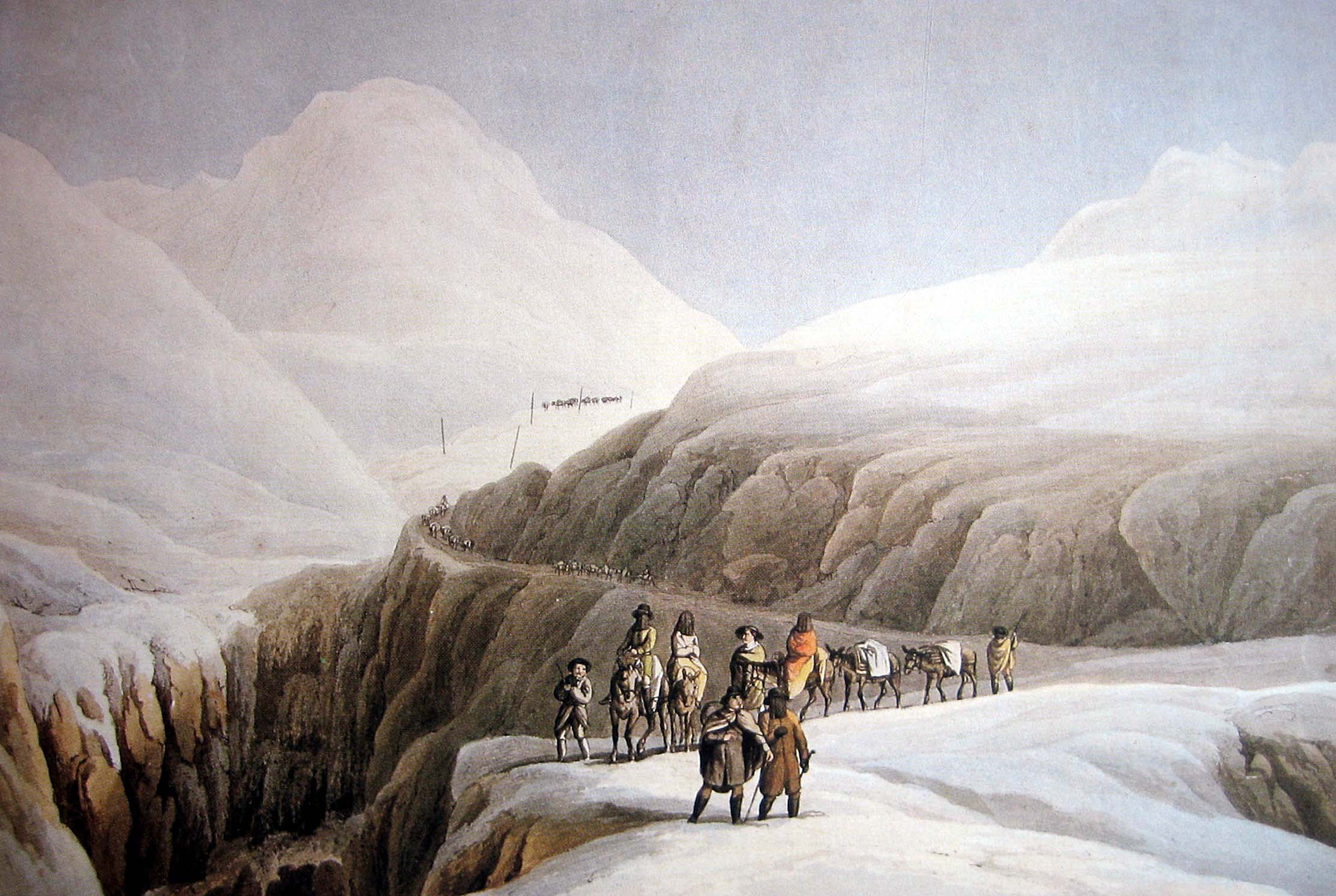 Wintery weather for Florian Boesch's  Schubert Winterreise at the Wigmore Hall. But what bliss to hear an austere interpretation that challenged  assumptions! This wasn't "easy listening", for Boesch doesn't do superficial charm. True Lieder  devotees know their Schubert so well that they can  appreciate new perspectives.  Boesch and Roger Vignoles took an original, courageous approach which proved just how much there is yet to find in this well-known cycle.

Boesch made his point from the very first word, "Fremd", projecting it forcefully so there was no mistaking that what was to come would be comfortable. Schubert sets the word twice for emphasis. Boesch and Vignoles separate it from the rest of the phrase with the tiniest pause, so subtle you might miss it, but the chill lingers through the following images of May, love and flowers. "Nun", Boesch continues. But is this just a journey through landscape? "Nicht wählen mit der Zeit, Muß selbst den Weg mir weisen In dieser Dunkelheit". By emphasizing key words, like "Fremd" and "Was", Boesch establishes a thrust that intensifies the chilling, cutting edge in the music, often muffled by the impressionistic "snow"  imagery in the piano part.

Later on the journey, the protagonist addresses crows, trees and metereological phenomena.  In some interpretations, this is a sign of madness. Perhaps even the old beggar is a hallucination.  Boesch, however, is more humanistic, drawing his ideas from psychological theory. Wilhelm Müller, the poet, saw battle in the wars against Napoleon. He'd also overcome an unhappy love affair. A sensitive reading of his texts shows how purposeful this journey might be. "Die Liebe liebt das Wandern, Gott hat sie so gemacht".  It's not an aberration, but natural development.  Boesch's almost conversational style is understated and direct.  Lieder singing turns the listener inward, identifying with the performer rather than observing from outside. For Boesch, there are no histrionics, no exaggerated operatic mad scenes. If the protagonist is indeed insane, then so are we.

Boesch's direct, conversational style suggests a rational, though very intense  man who is working things out  from different angles.  When Boesch sings of the girl he's leaving, the tenderness in his voice suggests that she was a real person with whom he's had a genuine relationship. His anger is quite appropriate.  In "Estarrung" , the numbness the poet feeels is suggested by the quiet desperation in Boesch's voice. He listens to Vignoles play the prelude to  "Der Lindenbaum", and the mood changes. In this performance, Boesch took longer pauses than he does in his recording of Winterreise last year with Malcolm Martineau.  This creates a more contemplative effect, as if the protagonist is actively assessing the world around him and considering his options. Although the music flows between songs, Schubert purposefully changes the mood in each song. The poet cannot wallow but must keep moving forwards, pulled ahead by the piano part.  "Es war zu kalt zum Stehen".

In true Romantic fashion, Boesch's protagonist responds to Nature. "Irrlicht" was taken with such a sense of wonder that you could imagine the unearthly halo that illuminates the marsh spirits. The "Blumen in Winter" shone with deftly defined lyricism.  Because Boesch listens carefully and enunciates his words with deliberation, we too listen to how the images in this text recur, in different guises as the journey progresses. The friendly will o' the wisp reveals itself as delusion, Village dogs bark no less than three times in this text,  but eventually the Leiermann shows that they can be ignored.

Often it's assumed that Winterreise ends in death. But is death the only alternative to the values of the village? The Romantic spirit focussed on the individual, and on personal enlightenment. The protagonist in Winterreise is setting out on a road "die noch Keiner ging zurück" but that could mean that he's not the man he was before he set forth. In "Das Wirthaus" the piano part suggests a tolling death knell, but the wreaths here are for other travellers. This protagonist cannot rest. Boesch sings "Mut" defiantly. Already we hear Vignoles's playing evoke the folksy sound of a hurdy-gurdy, as the poet resolves to mock the wind and weather. The phrase "Will kein Gott auf Erden sein, sind wir selber Götter", was enunciated with deliberation. 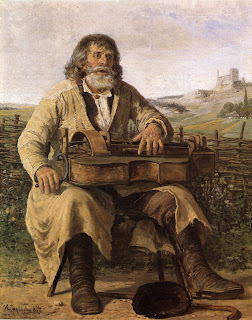 The whole winter's journey has been leading to the final song, Der Leiermann. How carefully Boesch describes the old man, barefoot in the snow, "mit starren Fingern dreht er was er kann". Perhaps the Leiermann is an apparition, since few people might survive is such conditions. But the very fact that the Leiermann continues playing against all odds is what makes him a "Wunderlicher Alte".  Boesch intones the words as if they were strange prophecy.  In summer the Leiermann might play at village dances, but in winter he somehow continues to play, as if driven. The instrument itself is simple, droning as its handle is moved in a circular motion. It's music in a very basic form, but music nonetheless.

The protagonist wonders if he should follow. "Willst du meinen Liederen deine Leier drehn?". Boesch articulates so you clearly hear the connection between "Lieder" and "Leier". Perhaps in some circles, outsiders like the Leiermann might seem "mad" because they don't conform to convention.  Romantic period sensibilities would, however, have identified the Leiermann with the image of an artist who persists with what he believes in,  however isolated he is from society.  Boesch and Vignoles gave us at the Wigmore Hall much to contemplate. We cannot dismiss this Leiermann as mad or irrelevant any more than we can dismiss the role of Art itself.
Please also see this interview, where Boesch speaks about his unorthodox approach to Die Schöne Müllerin. Read what he says carefully, because he's extremely perceptive.  His performance at the Oxford Lieder Festival was a great artistic experience.  Boesch's ideas apply even more to Winterreise, and were, at the Wigmore Hall, expressed with great emotional conviction.
at December 17, 2012

Lovely review. I heard their performance in Zürich last summer and this is both a happy reminder and a perceptive comment on a compelling interpretation of this cycle.