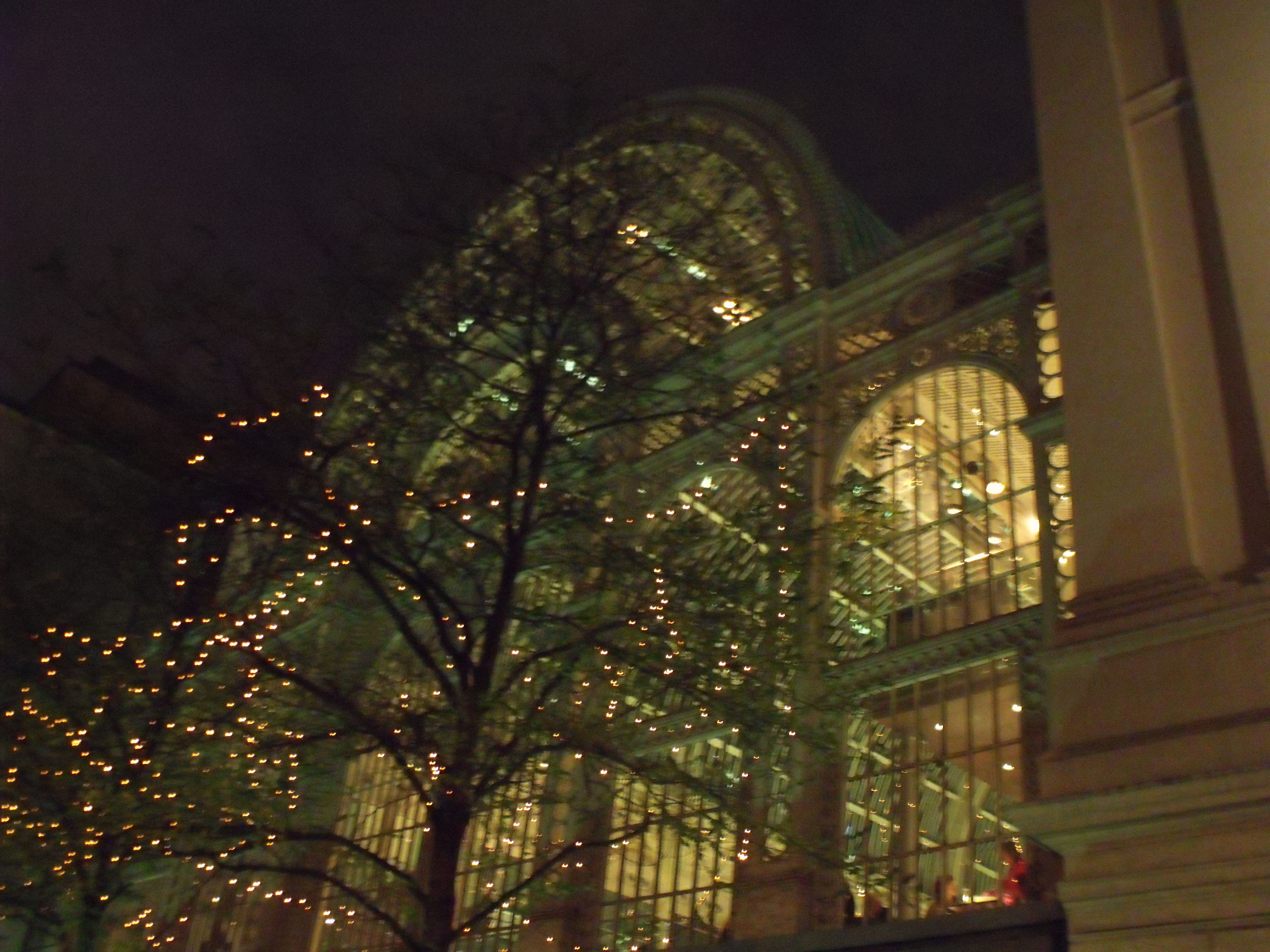 On 7th January The Royal Opera House is live streaming for 10 hours. It's  a kind of visual live blog of what's hapening all day behind the scenes as well as front of house. Obviously you pick and choose what you want to watch !

Most interesting from a technical point of view, they'll be showing Act III from Die Walküre (pre-recorded from September) and showing how the filming was done from several different perspectives, and you will see some of the preparations, like watching Bryn Terfel getting ready. Filming opera is an art in itself, so this should be fun for those wanting an idea of how it's done.

Thank goodness the ROH keeps art and technical stuff well apart.  Background is important but it's not foreground. The way the Met crams gimmicky chitchat into its intervals distracts from performances. It's cute to see backstage once but ultimately it degrades the magic of performances.  Maybe it appeals to audiences who aren't really interested in opera as drama and just want an "experience". But god forbid ROH should stoop to such crassness.  Better to keep the technicals as technicals. Once at the Met Bryn Terfel brushed Renée Fleming away as she pounced on him, "Sorry, I have another Act to sing", he said, showing where his real priorities lay. As a singer herself she ought to know better.

Other highlights include glimpses into stage rehearsals of Nabucco and rehearsals for Kasper Holten’s new production of Eugene Onegin his first production for ROH.  John Fulljames will present a model showing of his new production of  La donna del lago. Also, Antonio Pappano will do a masterclass with a singer currently on the Jette Parker Young Artists Programme, while  Rolando Villazón lets us in on his preparations before going on that evening as Rodolfo in La bohème. Sort of an extended Insight Evening in the comfort of your own PC.

Details will be in the Guardian and on The Space. It's a good thing that The Space still exists because Britain needs an all arts online channel, like the French and Germans. But The Space is badly managed. They don't have details about the ROH day even though it's less than a month ahead. Why do a project like that, with so much potential, and do it so incompetently? It isn't easy to organize strong links with venues and negotiate rights, but really......