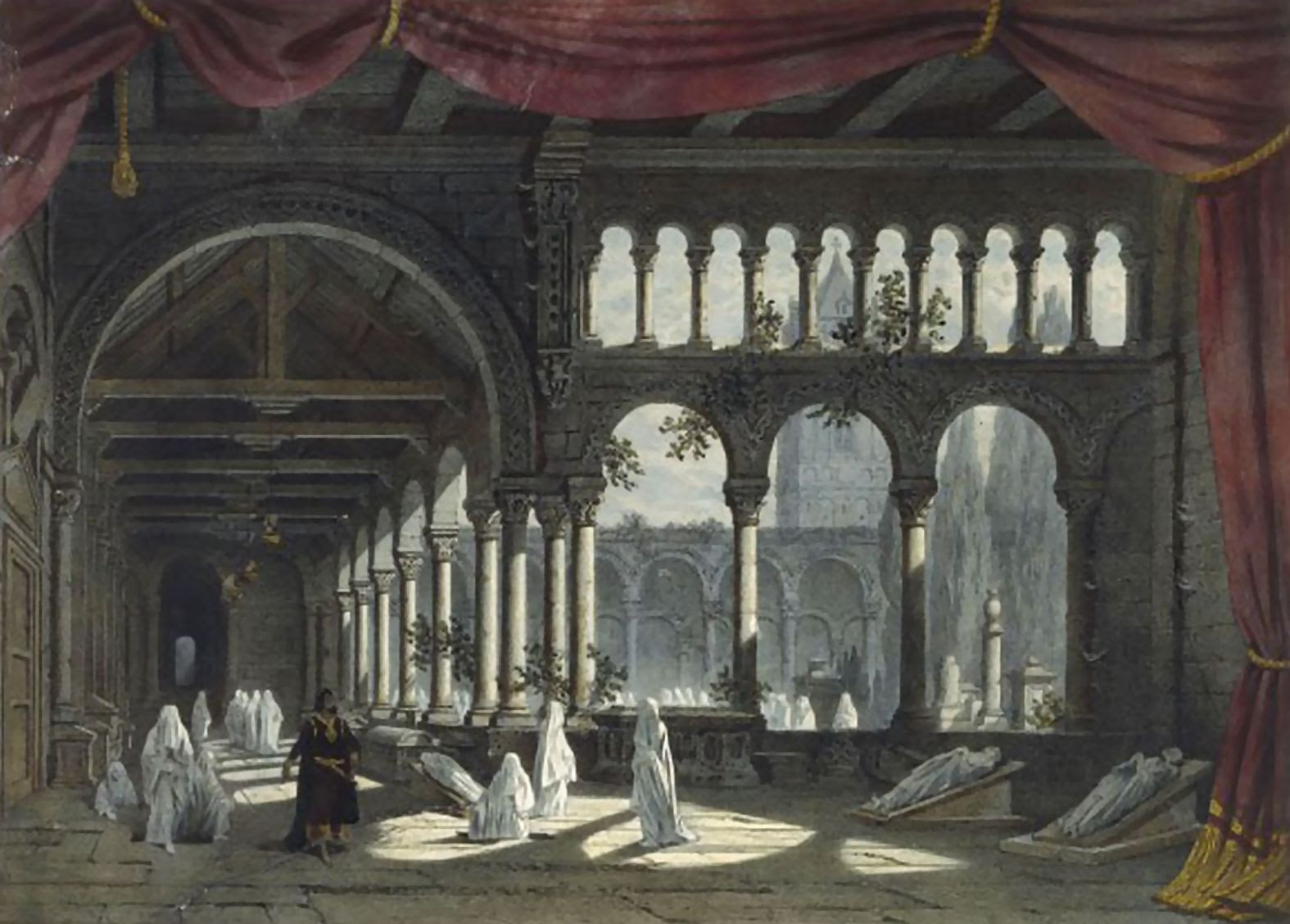 The Dancing Nuns scene from Meyerbeer's Robert le Diable starting Thursday at the Royal Opera House. Robert le Diable is taken to the haunted convent by Bertram who is the Devil and Robert's father, though Robert doresn't know it yet. Bertram is also Alice's father, but she and Isabella save Robert, and Bertram is despatched to hell. Audiences in the 19th century didn't have delusions that opera was "historic". They heard past the fake medievalism and enjoyed the drama for what it was. Indeed, Heinrich Heine wrote a poem about  the social context of Robert le Diable.

Heine understood the social context of opera in his time and why audences enjoyed Robert le Diable despite the audacious plot.  Read what I wrote about Heine's Meyerbeer poem earlier this year. Since Heine doesn't actually mention the title of the opera, not many  people make the connection.  You saw it here first! But it's pretty obvious as it is ein großes Zauberstück, Voll Teufelslust und Liebe;

Trysts or not, we can at last enjoy Robert le Diable We can enjoy it too at the Royal Opera House, where the cast are experienced and the director knows the genre. Read my comments on the ROH cast here - they could be as good as we can get.

HERE is a link to a full download of Robert le Diable from Paris in 1985 with Alain Vanzo, Sam Ramey, June Anderson and Michele Lagrange.  Even then, they werer bedevilled by cast changes. Nothing new - these things happen. Vanzo is a much more idiomatic Robert than Rockwell Blake who took the part when they made the film of the same production.  Stick to the audio download above. It's lively and the audience keeps erupting with applause. Usually I can't stand applause because it breaks drama but in this case, it's part of the fun.  There's a link to the full libretto as well.

Tomoorow I'll write a survey of some recordings. Please read other pieces I['ve written about Meyerbeer by following the labels