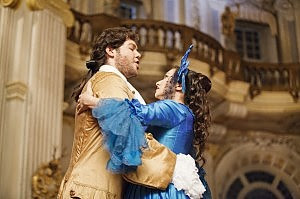 Andrea Andermann's Rossini La Cenerentola (BBC TV2, Xmas Day and now available on the BBC iPlayer)  is interesting because it's a departure from his usual fixation with  exact location and time frame. One of the weaknesses of Andermann's Rigoletto lay in over-reliance on scenery as opposed to drama.  This time, he uses visuals more freely. That's a good thing, because La Cenerentola isn't realism, but fantasy. This time, Andermann dispenses with ultra-realism and frames the story with animations to illustrate the orchestral parts of the opera. Even if they can't read, children look at pictures, and their imaginations are inspired. What child hasn't dreamed?

La Cenerentola is Cinderella, a universal archetype who appears in many forms and many cultures.  As Bruno Betelheim and many others have shown, fairy tales appeal to something deep in the psyche, allowing children to work out their fears in a safe environment. Cinderella's been usurped by her sisters, and is banished to the kitchen. Hence the "cinders", the dirt from the kitchen, and possibly a reference to the death of her mother. These cinders are a theme that runs through the story, whether Cinderella appears as Cendrillon, La cenerentola or Aschenputtel.  Other details change but these are the basics. Rossini would have known the simler Italian version of the story rather than the Walt Disney version we're used to these days. Millions of children have felt badly done by, and dream of being rescued by a handsome prince or some other such magical solution.  In that sense, Elsa in Lohengrin is a distant cousin of Cinderella. 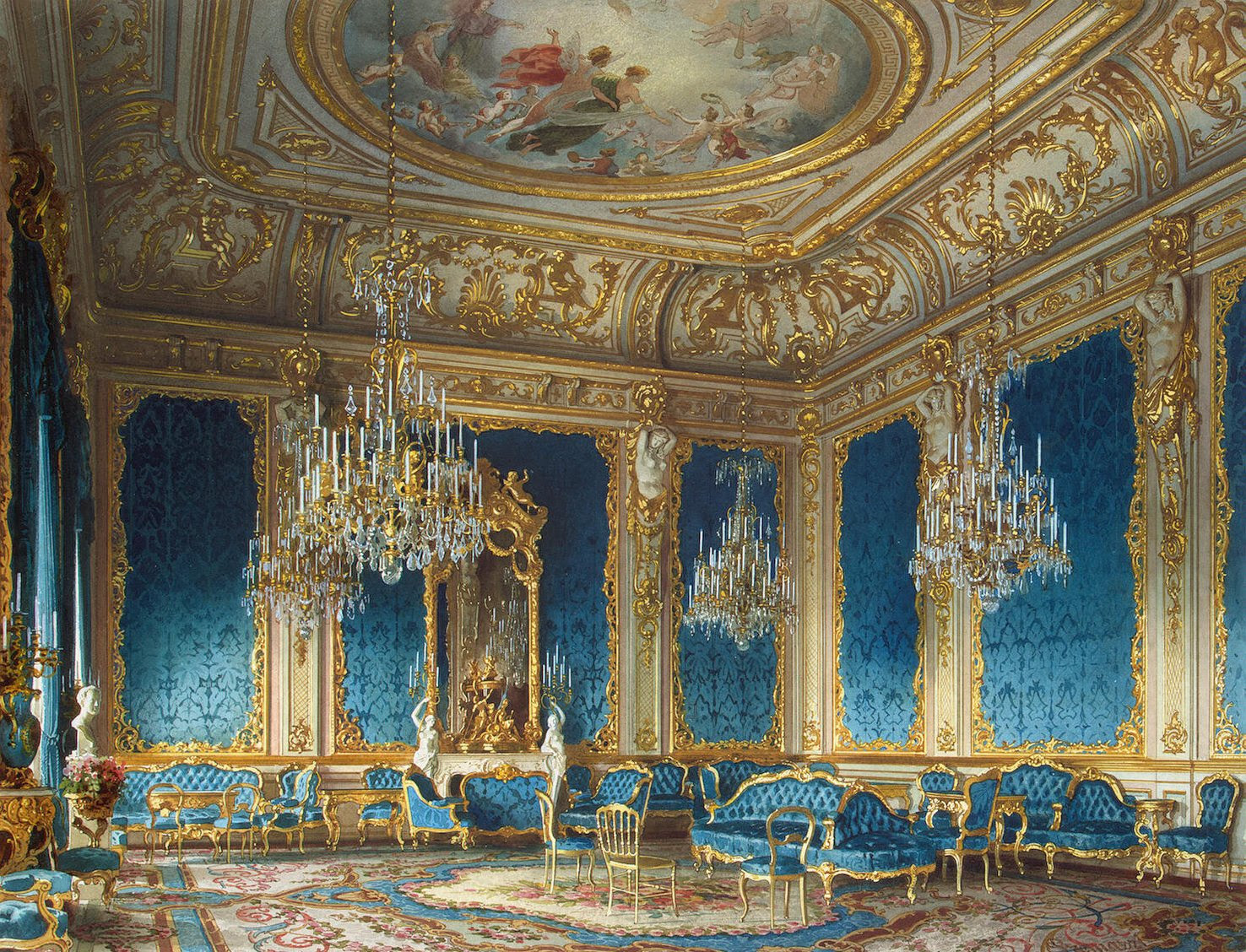 Thus visuals are important in La Cenerentola because they intensify the impact of the story.  In her stepfather's house, La Cenerentola is dressed in ashen rags, like the lowliest menial. But when her sisters taunt her, we see that their dresses are hollow frames. Perhaps Don Magnifico is magnificent, but Rossini sends him up in the "donkey aria" where he dreams he has become an ass. He has, by mistreating his daughter.  When La Cenerentola arrives at the palace, she's overwhelmed by how beautiful it is. Don  Ramiro's overwhelmed by her transformation. Andermann's cameramen pan from the singers to the glorious surroundings, so we feel that sense of wonder and beauty, too. Later, La cenerentola is seen winding a ball of wool. As the six principals sing of their dilemma, the wool is passed from person to person until an elaborate cat's cradle is produced. It's a beautiful image, reflecting the way the voices interweave and intertwine.

Rossini creates his opera with warm-hearted goodwill. The sister are reunited, everyone lives happily ever after, and the music flows with elegance and charm.  But he doesn't change the basic premise of the story, which isn't cheery. Rossini's resolution is rather like the concluding ensemble in Don Giovanni where Don Giovanni's death is serenely glossed over with a delightful set piece that distances us from the trauma that went before. Nothing is quite so easy in real life, but in art we don't need, sometimes, to look too close.  Because Rossini is so good natured, La cenerentola works even if the singers are not Bartoli-class.  Apart from Regazzo and Lepore, this cast is young and relatively unsophisticated. But then their characters are like that too. A good-natured response to the production is in keeping with Rossini's own good-natured approach to the story..

I think architecture in la will likely be great.
Rios Clementi Hale Studios was founded in 1985 as a multi-disciplinary design firm. We create singular, integrated and comprehensive solutions for a variety of design challenges. Combined, our talents comprise a wide range of professional skills including architecture, landscape architecture, urban planning and design, interior design, graphics and signage, exhibit and product design. Project types include commercial, residential, civic, educational, institutional, exhibits and product and furniture design.
We are dedicated to applying a strong interdisciplinary collaborative approach to the design process, whether on projects within our office or in consultation with other design firms. A broad mixture of clients and projects has given us solid experience in dealing with various and complex design issues.
I think la architecture will be great.