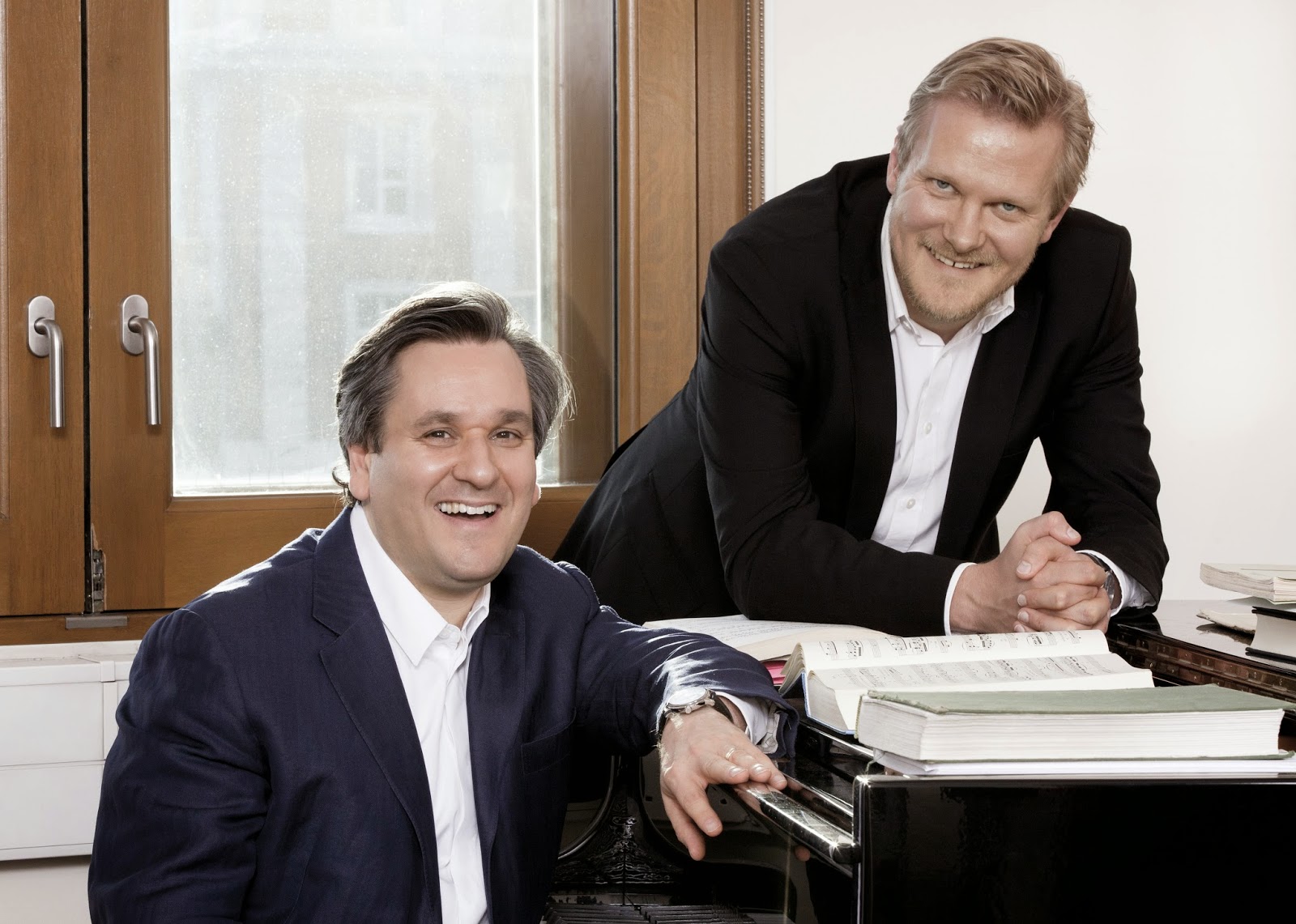 The Royal Opera House's 2014-15 season is a good balance of artistic venture and business savvy. London must be doing something right with sales running at 96% capacity and HD broadcast attendance running neck and neck with live performances. When opera houses and orchestras seem to be imploding elsewhere, it's worth taking careful note of the ROH strategy.

Seven new productions in the main house, plus others in the Linbury Studio, mixed with regular revivals.  In tough times, it's easy for houses to play safe but that is not good for the long term health of the arts. The Royal Opera House thus offers a well-planned balance of familiar and new 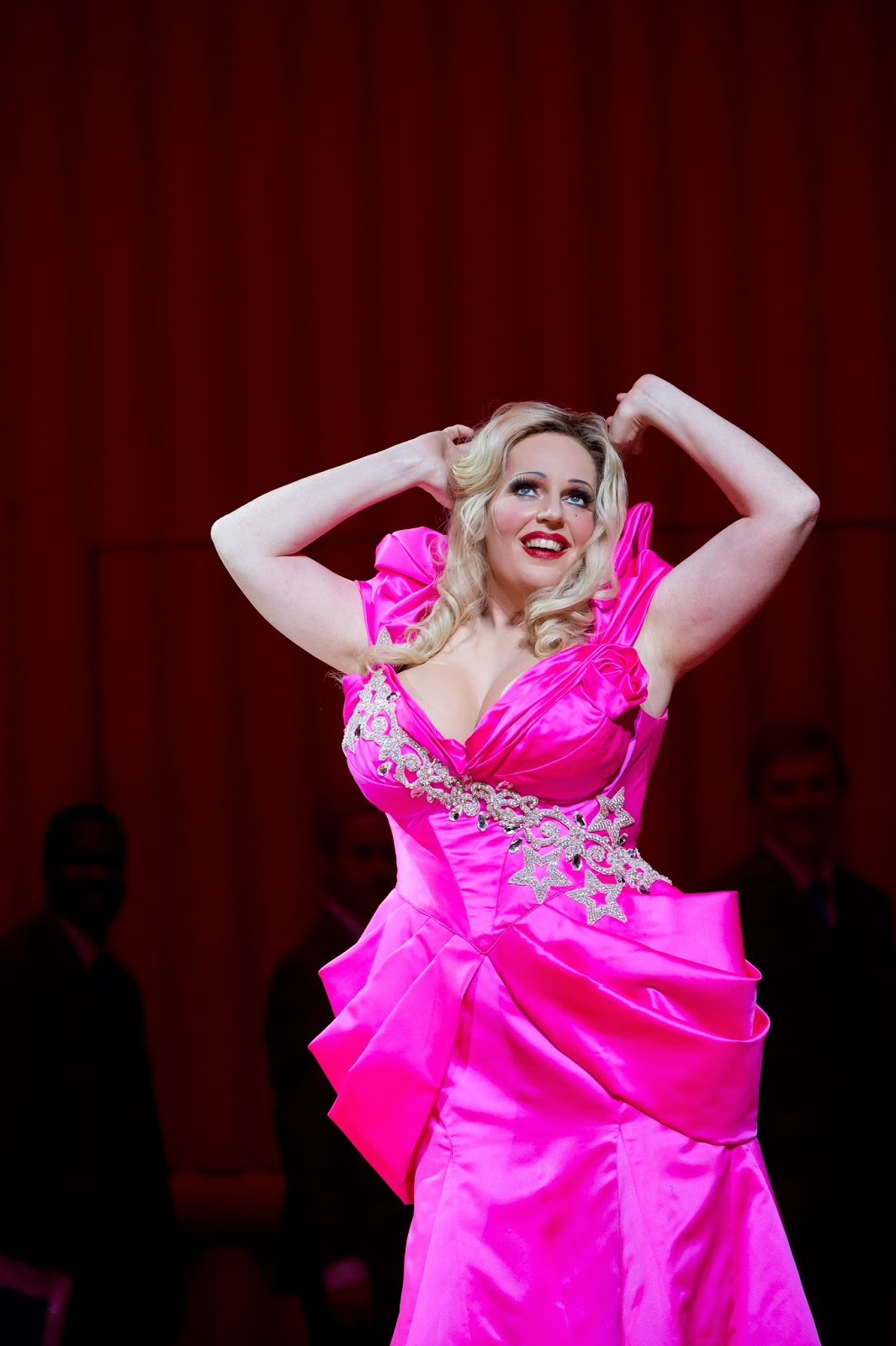 Shock! Horror! the new season opens in September not with a glizty gala but with something truly provocative - Mark Anthony Turnage's Anna Nicole. Not only that, but with prices max £25. The catch is students only but that's a positive. It will get the kids into the house on their own terms with their own peers.  BRILLIANT idea. No doubt there will be spoilsports who think young people shouldn't be exposed to four-letter words, but that's patronizing. Kids are sharper than they get credit for. Do-gooding "outreach" means zilch if you don't trust kids to think for themselves. What happened to Anna Nicole was obscene and Turnage tells it like it is. Although I didn't like it at its premiere Anna Nicole grew on me the more times I heard it. I'm going again and taking a whole bunch of under 30's. Read more HERE.

Other revivals include Der fliegende Holländer with Bryn Terfel, Adrianna Pieczonka  and Andris Nelsons - definitely not to be sniffed at! Terfel is also singing his signature Dulcamara in Donizetti L'elisir d'amore. I'm also looking forward to Tristan und Isolde with Stephen Gould and Nina Stemme in the greatly misunderstood Christof Loy production, the first ROH production to face orchestrated booing. Booing is intimidation, the denial of artistic expression. But I guess those who get their kicks from bullying will be out in force. Read my "More tradition than meets the eye" HERE and  HERE.

Very exciting fare for those who like interesting repertoire:

1. Umberto Giordano Andrea Chénier with Jonas Kaufmann, making his role debut. Any role debut with Kaufmann is big news, and he can probably do this notoriously difficult part better than anyone else in the business these days. This opera isn't standard rep because it's hard to pull off without ideal singers but with this cast (Kaufmann, Eva-Maria Westbroek and Željko Lučić) the ROH will probably leave the Met's current production for dead. Antonio Pappano conducts  He's been  confirmed Music Director "at least" until the end of the 2017 season.

2  Karol Szymanowski's Król Roger with Mariusz Kwiecień . The music in this opera is ravishingly beautiful, expressing the love that dares not tell its name. It's a fabulous opera but its depths aren't often plumbed as deeply - and disturbingly - as they could be. Kwiecień pretty much "owns" the part of Król Roger, the king hypnotized by a beautiful, mysterious stranger. I can't imagine Kwiecień being coy.  Kaspar Holten directs, which I think bodes well.

3 Rossini Guillaume Tell, is one of the hallmarks of Antonio Pappano's career : Listen to his recording with his Rome band, the Accademia di Santa Cecilia.  He's bringing the same soloists to London - Gerald Finley, John Osborn and Malin Byström. We are in for a treat. This is another opera that's not easy to stage but will be directed by Damiano Michieletto. This is the French version of an opera by an Italian  It's not so much "about" Switzerland (which has French, Italian and German -speaking communities) but about freedom, the essence of creative art..

4  Verdi I due Foscaro . "Maybe", says Pappano, "not one of Verdi's finest works but important because it deals with an elderly father, who's seen a lot about life". Which may suit Plácido Domingo at this stage of his career - life imitating art. Francesco Meli sings the son and Maria Argesta (handpicked by Pappano in Italy), sings the son's wife.

5 Kurt Weill/Bertolt Brecht The Rise and Fall of the City of Mahagonny.  Kasper Holten says he wants to do a lot more operas from the first part of the 20th century, which should be really interesting. What lies in store in future years ?  A Janáček project, he hints. Possibly more? Rupert Christiansen complained that there was too much Italian repertoire and no Russian. So what, I thought. We can't have everything all the time.  We've had Lady Macbeth of Mtensk, The Tsar's Bride, Tsar Saltan and Eugene Onegin. This year we have Król Roger (in Polish) , decidedly "East" German Brecht and Weill and Czech/Moravian Janáček to come. Mahagonny is an excellent choice because it's quite flamboyant by Brecht standards, with big choruses and bizarre situations. John Fulljames should bring out its subversive anarchy well.

6. Verdi Un Ballo in maschera. with Calleja, Hvorostovsky, Monastryka and Serafin. Worth going to for the singing alone. The director is Katharina Thoma, so be prepared for erudite, intelligent  dramaturgy. She does not dumb down: we're well advised to study the score as carefully as she does.

7. Mozart Idomeneo with Matthew Polenzani, conducted by period specialist Marc Minkowski, in his debut at the Royal Opera House - hooray ! Director is Martin Kušej whose work in Zurich sticks in  my mind. Should we expect feathers?

8. Philip Glass The Trial (based on Kafka) - specially commissioned for Music Theatre Wales, with which the ROH has a long and fruitful partnership . Lots on MTW and Glass on this site - please explore).

9. Harrison Birtwistle The Cure, a co-commission with the Aldeburgh Festival, with support from the London Sinfonietta, paired with Birtwistle's The Corridor, which I heard at Aldeburgh a few years ago.

10. The Royal Opera House's role in promoting British opera should not be underestimated. That's MUCH more important than promoting Russian opera! The ROH is also presenting David Sawer's Rumplestiltskin (read more here)  and The  Lighthouse Keepers.  Sawer is emerging as a genuine talent, so don't miss this double bill when it reaches the Linbury next year. This is a joint ROH/BCMG venture. Don't underestimate the importance of these partnerships.

11. Monteverdi L'Orfeo at the Roundhouse. This is significant because it links ROH's stagecraft expertise with the Roundhouse's extensive work with students and young people, which I've written about in some depth here.

Great lineup! It's nice to see a major opera house breaking from umpteen performances of "Boheme" and "Traviata".