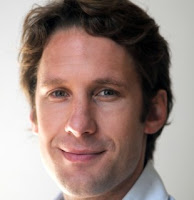 Jacques Imbrailo sings Dr Malatesta in Donizetti's Don Pasquale at the Royal Opera House. Don't assume that  Dr Malatesta must be as old as Don Pasquale. How would he be able to fool the old man that Norina is his sister?  Don Pasquale's gullible but not that dumb. Donizetti sparkles, but beneath the lightness there's sharp wit. Just don't expect Verdi.

In this Don Pasquale, director Jonathan Milller aims for lyrical realism. “Not too flowery, he tells us”. says Imbrailo, “Naturalness is good even though it’s bel canto. The focus is on acting as well as on vocal display".

Jacques Imbrailo was a wonderful Billy Budd at Glyndebourne this summer.  The production projected the opera as a love triangle . Britten would have been surprised, for to him the moral dilemma was far more significant. Captain Vere's struggling with  fundamental concepts of good, evil  not lust.. Fortunately, Imbrailo's Billy Budd transcended the production. Imbrailo's "Beauty" wasn't a passive "Baby" but a force of exuberant life.

Billy is pure because he doesn't play games. Dr Malatesta is a chancer who can't stop trying to pull strings. "He’s an opportunist who likes to give things a nudge, then sit back and see how things unfold." says Imbrailo. "He’ll push events towards an outcome that suits him. The only one who really gets hurt is Don Pasquale, but he’s saved from a much worse fate. Dr Malatesta’s intentions are good, though he thinks the ends justify the means”.

All actors (and singers) need to develop roles from within, thinking into character. Sometimes you wonder where some people find extreme evil ! But art is art, not reality. Donizetti's wit is clear but not malicious. Dr Malatesta could be anyone, there but for fortune. It's easier to scam, and some folk have no qualms about being dishonest if that gets results. Integrity, though, takes more courage. It's better to be a Billy. Please read the full interview in Opera Today HERE

There's a video clip of Imbrailo as boy soprano HERE and a link to Billy Budd HERE.