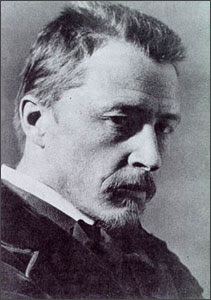 It's Hugo Wolf's anniversary too this year but, unlike Mahler, he hasn't been cursed. No cheap dumbing down. The Wigmore Hall started the Wolf season with the thorny, demanding Hugo Wolf Spanisches Liederbuch. Forty-four songs of darkness and complexity guaranteed to scare off tacky and downmarket.

Surprisingly there are very few good Hugo Wolf interpreters, as his idiom is much quirkier than most realize. Lots of good singers approach Wolf and produce decent results, but true Wolf specialists are elusive.

Here we had Angelika Kirchschlager and Ian Bostridge and Julius Drake. Kirchschlager cancelled  a concert two days earlier due to illness. This shows her comittment to Wolf. Wolf's masterpiece is such a pinnacle that you can't pull in a last-minute substitute, no matter how experienced. Praise to her for soldiering on even though she was quite obviously unwell. I was sitting close enough to see her chest muscles move and her throat tighten. Yet, on she went, an act of heroism.

Kirchschlager knows how the cycle unfolds. One of the really big numbers is In dem Schatten meiner Locken, which some consider one of the finest songs of all time.  She conserved her resources beforehand, so she could do it justice, knowing that all the Wolfites would be paying close attention. The look of joy she had when she completed it!  The next big number, Bedeckt mich mit Blumen didn't come off, but it didn't matter. She did very well considering, and it was appreciated.

It also did not help that Julius Drake was in freight train mode, pounding away regardless, rather than observing the score and what the singers were doing. Part of  a song pianist's job is to work with the singers, not against them. No pauses between songs, lessening their impact and juxtaposition against each other. Wolf isn't hurdy-gurdy. Nuance matters. Kirchschlager and Bostridge were forced to bounce up and down in quicktime, without breathing space. At one point, Julius rushed into the next song before Kirchschlager could move to her seat. Gracefully, she pretended it was part of the plan, smiling at Bostridge, who'd jumped up  alertly, taking over without notice.

Bostridge is used to Drake's ways and manages to get straight into a song without build-up. But Drake must have realized that Kirchschlager was ill and needed more support. Drake's probably the best player of the regular UK song pianists but he needs to remember he's not a soloist. His job is to work with the singers, not against them.  The interval was longer than usual, and afterwards, Drake did allow the singers to breathe and focus on their singing rather than having to keep up with his relentless pace. Unfortunately this lasted only through a few songs and he was back on high speed rail.

Ian Bostridge can be unpredictable, but this time he must have realized that someone had to save the day, so he rose to the occasion. Bostridge accesses levels of Wolf many just don't understand. With Wolf, quirky, esoteric, fervid, magical, but never, ever, bland and safe. 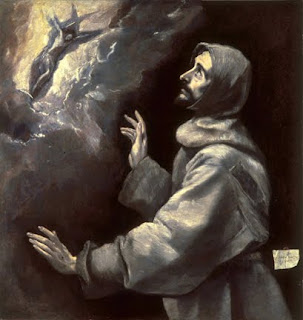 The Geistliche Lieder are, as  my friend commented, as crazy as the Spanish baroque, extremes of dark and light, emotionally so intense that martyrdom and religious ecstasy seem quite rational.  Hence the El Greco painting right. El Greco stretches his figures unnaturally, intensifying the surreal sensibility. Being so tall, Bostridge looks the part. This was one of the nights when he excelled himself, singing with sharpness and passionate clarity.

All the more to be respected as these songs are usually baritone territory, not tenor. They lie very low for Bostridge, but his voice has matured well, revealing greater depth and richness.  Much as I adore Goerne in this cycle, Bostridge has convinced me that higher timbre illuminates these songs in a positive way. (Incidentally I think Bostridge had the beginnings of Kirchschlager's cold.)

Wolf was drawn to Heyse's poetry because it was exotic, allowing Wolf to think in alien mode, into  characters outside mainstream sensibility. Wolf's Austria was polyglot. He wasn't Viennese, growing up in  what is now Slovenia.  His mother had Italian ancestry and played the guitar. Maybe he needed this exoticism to release his creative imagination, just as he turned to Mörike's fairy fantasies and Eichendorff's personalities. Conformist just isn't in Wolf's mental makeup, which is why performance practice is so demanding.
For more on Hugo Wolf, there's LOTS on this site
at September 15, 2010

Thank you for this review - after reading this I decided to go to the same three musicians' same programme in Philadelphia on 5th Feb (it involved a transcontinental flight so I had to be careful): all were in good shape and it was the most engaging concert I ever attended. Julius was still eager to begin the next song but it didn't seem a problem because of the way Ian and Angelika handled it - looked very natural. I'm so jealous that you live in London and can go to so many Ian's recitals: I'm currently on the East Coast of USA (flew to Philly for their recital alone: totally worth it) and will be back to Asia, and can only listen to recordings. Ian still looks a bit uncomfortable on stage and quite cool backstage (was he always like that? Or he was just tired. Or that's typical for an English?), but he could be fun at times, esp. during encore (they sang Schumann's Liebhabers Ständchen). Angelika was much more relaxed and very expressive. I'm afraid I hadn't listened to Wolf before and don't know how to judge. It definitely got me interested in Wolf, whose quirkiness suits Ian very well: now I'm going to watch his old Schubert and Wolf recital DVD.