Vivaldi's Orlando furioso (1727) is the latest in the Barbican's exciting series of operas based on the theme of Orlando. Orlando was the superhero of the baroque, inspiring Ludovico Ariosto's epic poem Orlando Furioso, a huge sprawling panorama, in which Orlando and his companions have adventures in exotic places with supernatural beings yet still have strong human emotions. Absolutely in tune with the baroque fascination for drama spiced with florid fantasy. Perfect for the then "new" art form that was opera. The creative possibilities weren't lost on composers who could combine the adventures with opportunities for glorious musical elaboration.

Ensemble Matheus, its soloists and conductor Jean-Christophe Spinosi demonstrated why Orlando furioso is as vivid now as it was in the past. It was so inherently dramatic that you were caught up in its vivacious spirit: no real need to follow subtitles to get meaning. In any case, the plot is less important than the characters. Baroque audiences knew the basic story. What they came to see was how the music and singers would express it in their own way. 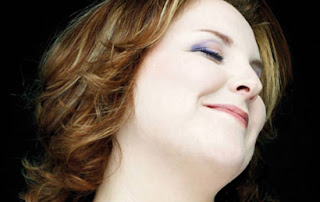 In this genre, everything hangs on role and interpretation. Marie-Nicole Lemieux is an ideal Orlando. She embodies the part making it come alive with depth and emotional veracity. She sings like a true hero - rich, dark and resonant, yet agile and energetic. She leaps through the elaborate ornamentations with complete ease. Just as Orlando breaks through his restraints, Lemieux's voice bursts forth free and clear. She makes Orlando's mad scene a tour de force, whipping each repetition with precision, so it feels taut and muscular. Defeated our hero may be, but Lemieux reminds us who he is and that he won't be beaten down forever. Lemieux is highly polished, but also wholly natural.  Her Orlando starts off as a fairly repressed soldier, enchained, so to speak, in his armour and helmet. By the end, through the agonies of love and loss, he's reaching deeper levels of his nature. Lemieux is so expressive that you realize that Orlando's chainmail is a kind of emotional prison, keeping him in as well as keeping out danger. 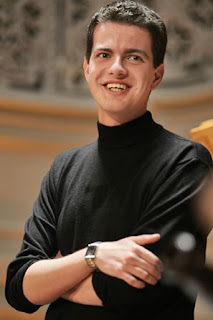 Lemieux sang Orlando with Spinosi and Ensemble Matheus on the keynote recording with Philippe Jaroussky as Ruggiero. They're a dream pairing, beautifully balanced vocally as well as in character, for Orlando and Ruggiero are two sides of the heroic image. Jaroussky's countertenor is a wonder, so pure and clear yet free from the mannerisms that affect lesser artists. No mistaking that he's male, and in an altogether more exalted firmament than anyone else. For obvious reasions, we don't do castrato these days, but voices like Jaroussky's show there's no need. Nature and Art conspire to produce voices like this, as baroque hyperbole might put it. Jaroussky and Andreas Scholl are both wonderful, but each so original and distinctive, they sound amazing in duet. Here, Jaroussky duets with violin in the gorgeous yet gracious Sol da te mio dolce amore. Later, his show-stopping Sorge 'irato nembo.

Lemieux and Jaroussky are the key parts in this opera, so the fuss made about other ccancellations needs to be put into perspective. Franziska Gottwald, replacing Jennifer Larmore at the last moment as Alcina, hasn't quite the same experience in the role, but sang convincingly. Veronica Cangemi's Angelica was lustrous, the brightness of her timbre matching the pertness in the part. Orlando will offer to do anything for her and she knows it, so she asks him to get her some water that will make them live forever. "Easy!" sings Orlando, not knowing that the water is guarded by a savage monster. So much for love.  There's a surprisingly modern kick in the baroque. All these trills about myrtles and rose blossom are elegant, stylized ornamentation, like the singing, but at its core, the drama is strikingly real.


Ensemble Matheus and Jean-Christophe Spinosi exemplify the modern French approach to the baroque. This performance was dynamic, because it was precise and animated, drawing the connection between opera and dance, which until fairly recently were often combined. No musty preciousness here! As much personality in the playing as in the singing. Drama is built into the music, so stagings don't need to be realistic. When Orlando gestures violently, Lemieux moves threateningly at Spinosi who responds. Earlier, he'd grabbed a violin and played, further integrating the music into the mise-en-scène. True to the spirit of whimsy, so dear to baroque aesthetics.

The Barbican's Orlando series began in December with Handel's Alcina. Read about that HERE and HERE. (Minkowski and Les musiciens du Louvre-Grenoble, with some of the same singers as we heard tonight) , It continues with Handel Ariodante on 25th May with DiDonato, Gauvin, Phan, Lemieux, and others (Il complesso barocco/Curtis). And don't forget, Thomas Hengelbrock (Niobe) returns to London with Ensemble Balthasar Neumann in Mozart Idomeneo in June. (Davislim, Tilling, Daletska, Antonnaci). Brilliant series, a great triumph for the Barbican.  Here is a link to Robert Hugill's review in Opera Today.
at March 27, 2011