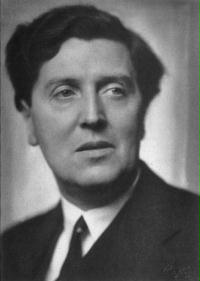 This wasn't just another concert. It was Liebestod, a truly unique exploration of Berg's Lyric Suite. Berg's piece is a compelling work, whose mysteries were only revealed about twenty years ago when the composer's letters to his lover Hanna Fuchs-Robettin were released. Both were married, and the relationship was fraught with secrecy. Berg's letters are so expressive that they lend themselves well to staging. Hence Liebestod, created as a Gesammstkunstwerk in its own right by Pierre Audi and Janine Brogt for the Amsterdam Sinfonietta and ECHO, the European Concert Hall Organization.

Berg was obsessed by cryptic messages, numerology and ritual patterns. Cross-references are planted everywhere as clues, both musical and literary. Audi's Liebestod is a surprisingly effective navigation aid through Berg's psyche. It looks backward to Berg's formative influences, and forwards, towards a new synthesis betwen music and abstract film in Michael Van de Aa's Up-close (2010) 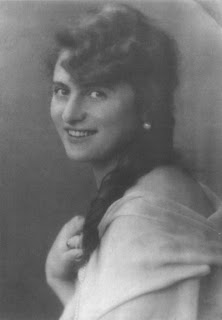 Berg saw parallels between his love for Hanna and Wagner's relationship with Mathilde Wesendonck and Wagner's creative sublimation through Tristan und Isolde. Doomed love, redeemed only through death or art. Berg is so specific that he uses the Tristan chord in the Lyric Suite as a deliberate hint at its deepest meaning. Audi doesn't simply preface the Prelude from Tristan und Isolde but uses an arrangement for an all-strings chamber orchestra (Adrian Williams). The music's familiar, but heard in a new way. Textures are starker than in full orchestration but this sharpens the sense of strangeness. The ensemble churns, adrift of its orchestral bearings, but that expresses the sense of psychic dislocation which connects to Berg's other music, like Wozzeck and Lulu.Now you can really hear the first violin (Candida Thompson) calling out to the first viola. When the Tristan chord appears, it seems distorted as if heard in a dream. Yet the relationship in the notes is the same, it's the instrument that's changed. We're in Berg territory as much as in Wagner.

The actor Jeroen Willems emerges on stage as the last notes of the Prelude fade into the beginning of the Lyric Suite. He hums the music, making the connection seamless. He holds a wine glass, a reference perhaps to Berg's song cycle Der Wein and also the "Wine of the Solitary" Berg reads of in Baudelaire. He quotes Berg directly. "Have you noticed that our initials intertwined are also the first and last notes of the Tristan theme? Hanna Fuchs and Alban Berg, HFAB...B-F-A-B flat." Then you hear the viola play it and the meaning is painfully clear.

Again, it's the Lyric Suite but not quite as we're used to. This time, instead of four instruments, it's arranged for larger forces (partly by Berg himself in 1928, the rest by Theo Verbey in 2005). This balances the intensity of the spoken passages and emphasizes the extreme "madness" Berg speaks of. Words and music intertwine, too, though the music isn't as abstract as might seem. "Darling Dodo is there in the pulsating C-C of the viola, Munzo in a motif with a Slav tinge...". You could read Berg's letters and listen to an ordinary performance, but in Audi's Liebestod the effect is dramatically vivid.

The extracts are also extremely well chosen and presented with musical insight. It covers Berg's fascination with numbers and secret portents, the course of the affair, and the significance of the quotation from Zemlinsky's Lyric Symphony. Publicly, Berg dedicated the Lyric Suite to Zemlinsky, but privately he made it clear that the real dedicatee was his "Distant Beloved" (yet another cross-reference). Then, when you hear the quotation in the Adagio appassionato in movement 4, it's strikingly poignant. "Du bist mein Eigen", unspoken and unstated.

"But you must understand that this music is in a ceaseless process of becoming, never 'is'", writes Berg. Just as Berg absorbs Wagner and creates something of his own, so his music inspires others. Michael van der Aa's Up-close experiments with images of mirrors, distorted and converse. The soloist, Sol Gabetta, plays her cello yet also interacts with the actress in the film. The actress, Vakil Eelman, looks like Gabetta from behind, but when she turns round, her face is haggard and etched. It feels like she's carrying the "madness" of ages, which Berg spoke of. Van de Aa's music murmurs and wails, like the forest Eelman is seen wandering through. A modern day Ewartung? Eelman copies what looks like a periodic table, and operates a strange machine whose purpose is unclear. A symbol not so much of mad science but the kind of emotional alchemy obsessives like Berg adopt to order their lives.

As stand alone music Up-close would work quite well. It's more coherent than After Life last year at the Barbican, But hearing it outside the context of Audi's Liebestod has a purpose. What Van der Aa is doing is integrating music and visual images in a deliberately provocative way. Music is supposedly "abstract", but as Berg has made clear, worlds of allusion and meaning can be embedded within. Film is usually more explict, but Van der Aa's film is non-explicit, in the way dreams are. Clues eveywhere as to meaning, but deliberately no answers. You're thrown back, once again, to the Lyric Suite and to Berg's mysterious conundrums. You're disoriented, because you've lost your bearings. And you're back to the beginning of Liebestod too, adrift on an ocean of strange emotions, and back to the spirit of Berg's music.

PLEASE go to Bachtrack for a formal version of this review. Bachtrack is a wonderfully useful interactive source of performances live and in the cinema, in the the UK, in Europe and the US.
at March 19, 2011