Why Carmen in 3D can work 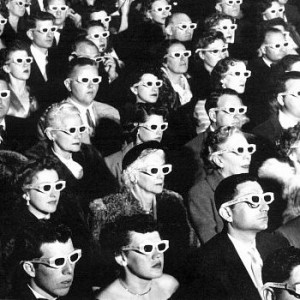 Bizet's Carmen bombed when it was first heard. Too difficult, too decadent! They couldn't give tickets away. Now it's the world's favourite opera, known even to people who don't know what opera is. So  bear that in mind when assessing Carmen in 3D from the Royal Opera House. I'd never seen a 3D movie in my life, so was worried by some negative pre publicity from people who don't know the production or film. Anything new upsets people. But Carmen in 3D isn't the end of civilization. It's just new technology applied to something familiar.

Carmen was the first opera to be filmed, in 1D and silent, which defeats the purpose of opera, but still appealed as a story. Look at  two early Carmen films - Charlie Chaplin's 1915 Burlesque on Carmen and Ernst Lubitsch's 1921 Gypsy Blood. They are so hammy it's embarrassing. But film was such a novelty then that people didn't have preconceptions of what filmed opera should and shouldn't be. 3D or RealD, to use its proper name, is so new that it hasn't really evolved.  I don't think it's as big an advance as 2D (HD) is on 1D but it's never a good idea to write anything off too soon.

This is after all the first opera on 3D, the start of a learning curve. Indeed, it's not even aimed at an opera audience so much as at the 3D market. There aren't that many 3D films around, so there's plenty of commercial pressure to produce more and expand the range. Now that everyone can watch DVDs at home, cinemas need something unique to beat the competition. The idea is to give people an experience they can't do at home. What's so bad about making the movies a social occasion again? And why shouldn't 3D audiences have opera instead of theur usual fare?

It's extremely significant that the first 3D opera is Carmen, and not something esoteric. Francesca Zambello's production is safe and popular, which is why it's been revived so many times. Everyone's seen it before, and there's even a DVD with Antonacci and Kaufmann. So serious opera goers have nothing to lose. Why not share the fun with people who might not otherwise go? For many, just seeing inside  the Royal Opera House might be a revelation. Normal people in the audience! The singers are shown before and after as perople, being made up and taking their bows. This film counteracts the elitist image of opera and might bring in new audiences. For all we know, teenagers might watch this. They've been known to discover opera in the past.

The film is very different to the opera experienced live. Somehow the colour process has been drained out, so the film is very dark and oppressive, like early Technicolor in the 1940's where all the tones are faded. Wearing X ray specs doesn't help. I took mine off and there was some improvement.  But without the shining golds and jewel tones on the Toréador and Torrero costumes a lot of the splendour is gone. Live, Escamillo's entry on that huge black stallion takes your breath away, it's so wonderful. Here it looks like a different horse altogether.  Even the cortege of candles in the procession doesn't shine. Some details work well, like the leather corset Carmen wears, but much of the impact of Zambello's production is lost. I don't know if the cause is technical or a result of the filming.

This Carmen wasn't made for 3D or even for film, which is an advantage because the director, Julian Napier, doesn't need to strive for special effects. So don't have nightmares about this being anything like the 3D horror movies of the 1950's. At the beginning, Bryan Hymel reaches out at the camera, and his hands are distorted like crazy. Then you see him grin. It's a joke! The movie avoids obvious stunts as much as possible, though there are odd moments, such as when guyropes cross the camera's field of vision or actors run across the outer edges.

Zambello's staging is notoriously horizontal, so I was hoping there might be more shots from different angles, such as from the ramparts, as the crowd scenes can't be seen too clearly. One plus of 3D is that it adds depth to this production. For example, when the soldiers assemble in the market place, the camera follows the arch they make. Crowd scenes are much more clearly defined. Part of the meaning of the opera pivots on the iidea of private individual as opposed to public persona. 3D actually makes this clearer, since key figures really do stand out from the background. Carmen in particular benefits, because she seems even more alone in 3D than she does live. I suspect with time, film makers will realize that with 3D less is more, The details that really improve are small things like the way Christine Rice crosses the fingers in her hands, like a protective hollow, not "big" movements like jumping and runnning.

Which bodes well, as less is always more on film. Closeups help.  Carmen does not need the kind of semaphore acting Chaplin and Lubitsch were forced to use in their day. Because she comes from a very upper class background and has a Cambridge degree, Carmen-as-slut doesn't come naturally to Christine Rice. Instead, she portrays Carmen as a tense personality living on the edge, which is perfectly true.  Like most people who use sex to manipulate others, Carmen probably doesn't really enjoy it. So when Rice looks at Escamillo and suddenly relaxes, you knw what it means.

Performances all round are good, but the orchestra really comes into its own in this film.  The Royal Opera House orchestra is always reliable, but conductor Constantinos Carydis gets specially vivid playingvfrom them  so the music pulsates with energy and colour. Like many in this cast he may not be a household name outside Europe but so what? Europeans kmnow a little bit about music. Besides, he's good and that's the most important thing.  3D is good for filming orchestras. It gives visual depth, so the difference between rows of musicians feels more realistic. And when you can see depth, your mind picks it up aurally, too.

A few weeks ago I went to an excellent conference at UCL on "Carmen and Her others" whichgh was about the Carmen archetype as it adapts from novel to opera into other genres and locales. Last count there were over 100 variations on the theme, including from several different parts of Africa, and China, and versions in rock and pop. Beyoncé stars in a hip hop version !  (Please see descriptions of numerous versions on nthis site by using the Carmen label on right) . So the world can take a 3D Carmen, no problem.

The trouble with all the "reviews" in the press is that they are written as reviews of the performance by people who clearly haven't seen much opera. It's irrelevant whether this is a good or bad production, or even a good or bad opera. It's not news, ikt's been around forever. What is news, and what they're supposed to be reviewing is how the 3D realization works or doesn't.  So it's all ther more refreshing read this article here where someone has taken the trouble to think. Like the man says, "I'll take Herzog's opinion".
at March 06, 2011

I watched this film and disliked the choreography intensely. I found it degrading to both genders, and I couldn't connect with Carmen at all and despised her and failed to see how any man could fancy a woman like that let alone have some integrity of love for her.

I also found the choreography stereotyped and cariacatured gypsy people and women in general.

Although the artists and music were wonderful, the choreography left me feeling so depressed I didn't even bother to watch the second half.