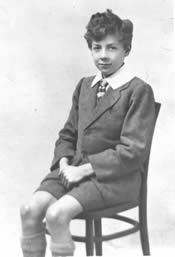 Almost casually, in late life, Benjamin Britten let slip that he'd been raped at school. No details, no histrionics, and the composer immediately retreated back into characteristic icy reserve. Clearly, though, Britten's emotional reticence and fixation with the loss of innocence stemmed from very deep sources. As his boy friends (not boyfriends) noticed, he was even  more of a boy than  they were. It's as if he were forever fixed emotionally aged 13. It becomes part of his creative persona. He writes gloriously complex, sophisticated dramas, but always there's a veiled mystery, a secret that cannot be revealed.

The new ENO Britten Midsummer Night's Dream directed by Christopher Alden will draw fire because it's an oppressively dark reading of the opera, and by extension, of Shakespeare. The anti-update crowd will howl, but the concept is utterly valid, both in terms of the score and in the insights it brings about Britten's personality.  The set (Charles Edwards) is perfect. Heavy, grey walls of an old style school, identical classrooms, all symbols of regimentation.  The dense forests outside Athens become a "blackboard jungle".  It's suffocatingly oppressive, but that's exactly how it's meant to be, emotionally.  Britten, who'd been cosseted by his mother up to that point rebelled against the suppression of individuality. He "was" Puck, fought over by Tytania and Oberon.

There are other oblique hints, like the refrain, commonly known as "Girls and boys come out to play".  For Britten life was a mask from which he escaped in fantasy. It is perfectly valid to read in his Midsummer Night's Dream a coded roman à clef, even if it's not quite so in Shakespeare.  Plenty of homosexual references throughout, which are perfectly valid in the Britten context. There are fairies in this Midsummer Night's Dream, but they're concealed. Anyone can be magical, unique and gay. No need to sprout wings to prove it.

Potentially, this could have been a brilliant production, full of insight and pathos. But what happened? The concept is right, the set's correct and there are some extremely good performances. In the beginning characters slump against walls, and move as if sleepwalking. This is fine, for we're entering the realm of sleep, escaping from the "public" of school into the "private" of school in a symbolic sense.  But after a while the effect wears off and we're supposed to be in alternative universes. The lovers, the workers, the fairies and the nobles inhabit different spheres. The drama comes when they interact. If they're not differentiated, the impact of the surreal is neutered. The plot's crazy, when you think about it. Here it's rendered dull. The idea of mind-numbing regimentation doesn't need to spread out this far into the opera. The workmen, for example,  are usually a scream, because they're so off the wall.  Here the wall is the only spot of colour. (and it's a Queen).

The Second Act is brighter, enlivened by putting the nobles in the Royal Box to watch the workmen's play. Nice blending of real and unreal, but it's too little, too late. The workmen's play is literal, too, taken straight from the kind of toy theatre Britten almost certainly knew about. In fact, there's probably one in the catalogue of his childhood possessions. This is a valid idea because for Britten fantasy was more powerful than reality. But it's a concept too subtle for most to pick up on. This audience howled with laughter, perhaps grateful for a moment of brightness in monochrome grimness.

Often with dull staging, attention falls on the orchestra for relief. It reflects Britten's fascination with early English music - itself a form of escape from the stolid tastes of early 20th century Britain. He used early form because he liked the vigour and earthiness - listen to the beaten percussion, expressed wonderfully on stage by the schoolboys beating windowframes. (Oddly enough a reminder of prison riots that start from similar small beginnings.) It's not simply because Britten's setting Shakespeare. All his life he was inspired by early and Renaissance music. Many of my friends enjoyed Leo Hussain's conducting because the music itself is so enjoyable. But Midsummer Night's Dream is like a series of masques where the fun happens when they  jangle against each other. Here, the individuality of the units was subsumed into the same kind of generic wash as Alden's direction.

Willard White pretty much carried the whole performance. Dream casting! His Bottom is earthy, and stands out all the more as he's easily the most mature and experienced person in this cast. He gets to take his clothes off, which is symbolic. Bet he enjoyed that, and what Tytania proceeded to do to him.  Britten's music for Tytania is quite quirky, with a wild edge Anna Christy brought off extremely well. William Towers substituted for Iestyn Davies a few hours before curtain up, and did extremely well, considering he almost certainly didn't do a full rehearsal. He really should be heard more often as countertenors like he, with a dark, distinctive timbre, can be much more interesting in some roles than pure and choirboy.

How I would have liked to love this new ENO production because it's bursting with detail and potential. The basic concept can't be faulted. But it falls flat because Alden's direction is hamstrung by being too literal, where it could fly, brazenly, audaciously, into the realm of the surreal. This might as well have been a concert performance against a splendidly evocative backdrop.
at May 20, 2011

Have to agree, and would add that an enigmatic figure, not mentioned in this review, a miserable middle aged suit, stalked the stage in total silence for the first two hours. Identified by one reviewer as Benjamin B himself, the rest knew he was an adult Puck, returned in a dream to see his younger self at school. This was because they had read the programme. I hadn't and had no idea who he was. I thought it reasonable to assume he was a distraught school inspector, and the whole a polemic for the return of the Grammar School. Shakespeare would surely have agreed.

Touché ! the trouble when things are too obscured they start getting confused. Thank goodness that grammar school taught us what the plot was.

I have seen many productions of this opera over the years and this is by far the most outstanding. Even as a product myself of the English Grammar School system in the 1960s, it took me the whole of the first act to connect to and be convinced that it was possible to stage it this way, but eventually it fell into place and I found it to be one of those rare operatic experiences where ever more unfolds throughout the evening. I always have the gravest of reservations whenever we have the silent figure lurking on the stage from the outset, but the moment when this actor burst into song completely redeemed all that had gone before. It is however possible that my critical faculties have been distorted from having recently witnessed one of the worst opera productions I have ever encountered on Saturday in Berlin - Samson and Delilah at the Deutscher Oper.

I too have seen several productions of this opera and without a shadow of doubt, this was by far the worst. One big problem is that anyone who as been lucky enough to have seen Peter Hall's celebrated and, almost perfect Glyndebourne production is almost certainly going to find any other reading of the opera comes a poor second. This is surely one of the most beguiling and enchanting scores Britten produced, even if there is a darkness brooding below the surface. But in ENO's production there was no charm, the Freudian sub-plots were laboured and distracting and for me the dreariness of the set somehow seeped into the orchestra which failed to find the appropriate delicacy or direction. Incidental music, probably scored for busy scene shifting in the Jubilee Hall, felt awkward as the cast stood like statues or moved zombie-like to their next 'post' on the bleak stage. And as for the players, there was some mirth, muted last night as we lurched from dark introspection to a rather depressing and unnecessary crudity, but how they must have longed for a magical forest to frame their buffoonery. Oh well, not much worse than the Flute at Garsington this year.