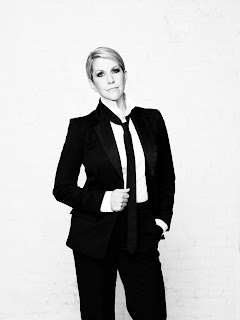 The Barbican was sold out to the rafters, even top gallery almost full. The draw wasn't Handel Ariodante so much as its star, Joyce DiDonato. And she delivered, divinely! Absolutely luscious singing, embellishments elegant and perfectly judged. Karina Gauvin (Ginevra) and Marie-Nicole Lemieux (Polinesso) impressed but once DiDonato got going, no-one else stood a chance. Her stellar presence eclipsed all before her.

The Barbican has been bringing the finest French baroque (and other) ensembles to London over the last few months. Just in the Orlando Furioso series we've had Minkowski/Musiciens du Louvre/Grenoble  genius Alcina, and Spinosi/Ensemble Mattheus in Vivaldi Orlando Furioso. So we're getting spoiled. Maybe it was the DiDonato eclipse effect, or my feeling very unwell, but I wasn't too entranced this time. Perfectly good playing from Alan Curtis and Il Complesso Barocco who are very experienced and have a lively, idiomatic sound.  Lemieux (very good in the low register, quite menacing), Gauvin and Sabina Puertolas (Dalinda) would break into spirited forays of excellent singing, and give DiDonato a run for her money. Handel does write big showcase numbers for them, and for Nicholas Phan's Lurcanio and Matthew Brook's King of Scotland. (This opera is set in Scotland? a bizarre concept if there ever was one! But that's baroque for you and Scoitland was a wild, uncivilized place). But the fans had come for Joyce and that's what they got.  Someone in the audience said "This music is SOOOOOO relaxing" which is a novel take on Handel. But why not? As my partner said, "We know the ending". I was feeling so grogged out that I was happy for once to lean back and luxuriate without too much brain effort. More like how they listened in Handel's day ! DiDonato, fortunately, was wonderful. And she moves as she sings, expressively.

An aside - how I hate those silly Met interval chat shows! They are fillers between intervals but now they are getting to be part of the show. Fake spontaniety, self-congratulatory shallowness. As long as the face is famous, never mind if what comes from it is trivial. Symptomatic about what's wrong with the Met and its market.  Joyce DiDonato is a regular, but she comes over natural, as a real person. Bryn Terfel showed his artistic integrity when he brushed past Placido Domingo, no less, and said "Can't talk, I've a big act to sing next". That's what it's really all about. DiDonato quotes someone on her website, "There's nothing wrong with publicity until it goes to your head". Not in her case, or Terfel's, thank goodness.