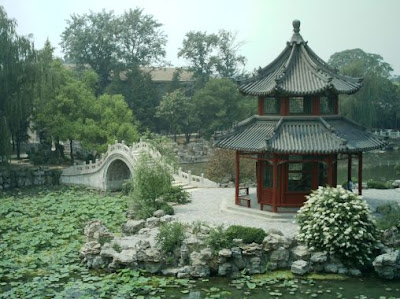 Amazing Mahler  Das Lied von der Erde from Berlin, Claudio Abbado, Anne Sofie von Otter, Jonas Kaufmann and the Berliner Philharmoniker. Shattering performance, I'm still shaking, one of the most powerful I've ever heard. Full commentary later, but for now, some personal observations on why and how such music can affect us. There is nothing wrong with listening like an autistic actuary, because emotion is messy. But for me, listening without making connections isn't listening at all.

Because it's Mahler's Todestag, it would be churlish to deny the extra-musical impact of this performance. What lies beyond physical life? Maybe it's all one big con trick. But it does have a bearing on how we live in this world. Which is why it's fascinated people of all cultures for millennia. Listening to Das Lied von der Erde tonight, I kept thinking not only of Mahler but of my father, who resembled the composer in many ways although he couldn't stand Mahler's music, preferring Verdi. My Dad grew up in China. He was familiar with pavilions aus grünem und aus weißem Porzellan, and really did sit with friends talking about art, history and culture. When he was a refugee in the war, he climbed on the roof of the camp to look at the stars, even though he was crippled. South China was so much part of who he was that he withered in exile, like an uprooted plant, even though he kept active and learned many new things. In his old age, he kept a statue of Li Bo, the drunken poet, beside his favourite chair. 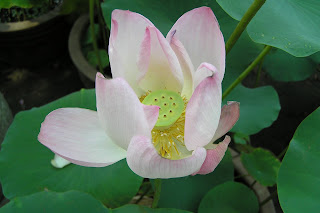 His last illness dragged on against all odds. He was a rational scientist but when the time came, he struggled on refusing to give in.  Being just as logical as he, I thought I'd be prepared at the end.  But no way. I shattered like an infant, unable to think straight for months. Any music seemed ludicrously trivial in the face of death. Then one day, much later, it felt like he was speaking to me "It's OK, I have reached the other side". And suddenly, inexplicably, Der Abschied from Das Lied von der Erde came pouring into my mind, full volume, full of feeling. For the first time, its complete meaning hit me, far greater than the text and music alone. It was like a message from my Dad, that whatever the transition was, it had passed and he was at peace. Totally, insanely illogical, as Mahler was the last composer my Dad would have communicated through. So maybe up wherever he is, he's chuckling at the irony.

For me, now when I hear Das Lied von der Erde, I think of the lotuses that appear almost casually in the text. Yet they are integral to the whole meaning of the song symphony. Lotuses grow in mud. Their roots are tough and fibrous. In summer, whole lakes can be covered by their strong, blue-green leaves. The flowers emerge, the petals so delicate-looking they seem like supernatural spirits. From mud, to purity. In the autumn they die back, but even in the north, where there is snow, they come back again in all their glory, in the spring.
Please see my other posts on Mahler and on Das Lied von der Erde, like THIS.
at May 18, 2011

I watched the concert on ARTE TV last night. It was impossible not to fall in tears at the end of this outstandingly moving performance.