The Prince and the Composer - Parry back to the Ghetto 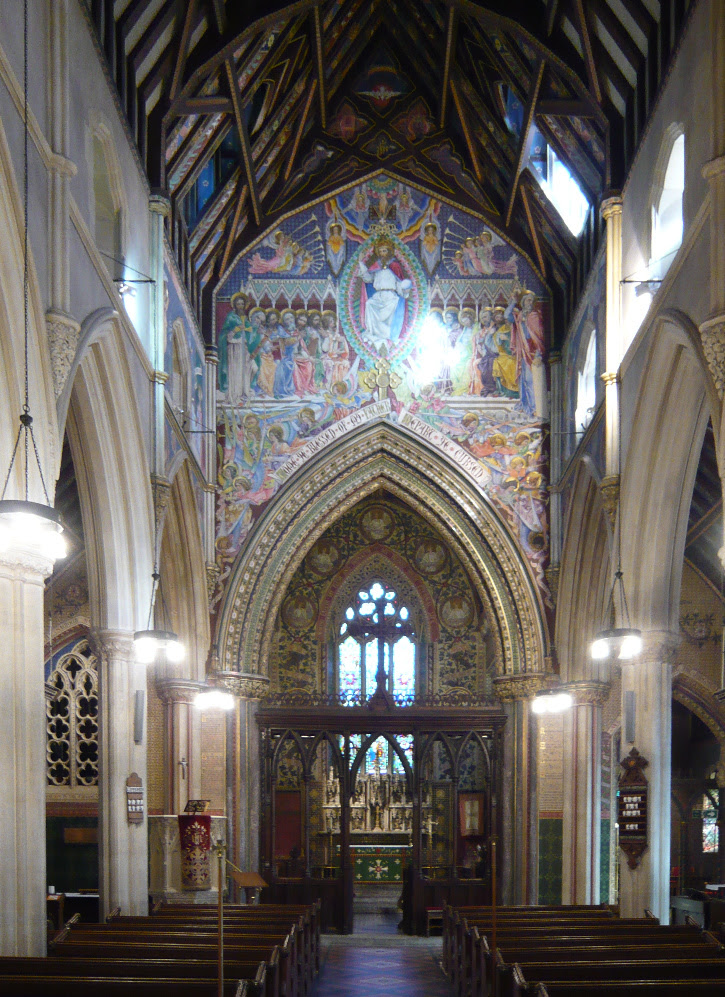 Read the fine print as they say, for the high profile, heavily marketed documentary on BBC TV4 is titled "The Prince and the Composer: a film about Hubert Parry by HRH the Prince of Wales". Very clearly, prince first, composer next. It's a curious hybrid indeed, as if two completely different films were spliced together without much relation to each other.

What was the purpose of this documentary? If it was to raise interest in Parry it suceeds to the extent that most viewers know so little about Parry that anything is a huge improvement. Fortunately the finest possible commentators are assembled. Jeremy Dibble, Anthony Boden, Anthony Payne, David Owen Norris, members of the Parry clan and experienced performers. With this illustrious band, there is no way this film could fall into the usual made for TV triviality. Someone's done their homework here. Thanks to them, this documentary is head and shoulders more coherent than most of John Bridcut's other work. This assembly is so good, you wonder just how wonderful a programme could have been made if they'd been left to develop their subject. There's still so much more to Hubert Parry that it's frustrating to think how much more could have been done.

But as is repeated through the film, Parry is handicapped because he's seen through a cloak of false assumptions. He's trapped into the stereotype of a WASP Establishment figure. He's a poster boy for the BNP wing of musical taste. British National Party, not Banque National de Paris, for European readers. Parry, European? Most definitely, but that doesn't sit with the concept of Parry as Old Fogey reactionary.

But what is England anyway? It is Europe, whether Eurosceptics like it or not. Prior to Parry, England was Das Land ohne Musik. Handel, Haydn, Mendelssohn - all Germans. Purcell, Byrd, Dowland, yes, but in the late 19th century, what was happening in England?  Hubert Parry was completely aware of the explosions of new music in Europe. he adored Brahms and Schumann, and was greatly influenced by Wagner, despite eschewing Wagner's wilder extremes. Charles Villiers Stanford's narrow insularity fits much better with conservatism  than Parry's embrace of European and progressive. Parry's influence on later British composers is so pervasive that it's really time to consider his music for what it really is, not what The Far Right or Left are comfortable with.

So if Parry needs liberating from the ghetto of stereotype why box him in with the epitome of the Establishment,  HRH Prince Charles?  The first part of the film is an exercise in glorifying the monarchy, which is OK, but it's also an excuse for HRH to talk about himself and his place in the scheme of things. Parry's music is thus decoration for Monarchy and Church (which Charles intends to be Head of if he can), though Parry didn't believe. The Prince doesn't even know much more about Parry than anyone else, and mumbles generalities."This is so uplifting". True, but so is a lot else. Watch David Owen Norris's dissection of Jerusalem for what Parry meant by "uplifting". One doesn't expect insight from HRH. But on the other hand, he adds nothing to the film, or to Parry. The film purports to free Parry from the ghetto of stereotype, but pushes him firmly back into place.

Parry was sidelined, muses the Prince, because of Stravinsky and Schoenberg!  Parry, whose expressive markings echoed Mahler's, who listened to Richard Strauss, and might, had the chance occured, have cuddled up with Schoenberg analysing Brahms. What went wrong for Parry's reputation was the First World War. Modernism was a result, not  a cause of the war and the social upheaval that followed.  Even Elgar was stymied by by the Great War, which catapulted Ralph Vaughan Williams, Butterworth, Bridge (and thru him Britten) into creating new approaches which would redefine British music.

Perhaps HRH funded this documebntary, since he's in the credits. It feels very much like a promotion video for him, showcasing his interest in British culture, though he has little to contribute. For all we know there's something going on behind the scenes that we don't know about, and he needs his PR. Obviously, his presence sells Parry like no other endorsement. But ultimately, Parry is plenty capable of carrying the honours on his own. And worryingly, Prince Charles himself doesn't come over particularly well.  What would down to earth Parry have thought of it all?

Please read my other posts on Hubert Parry, especially Hubert Parry Out of the Ghetto, and read him in  his own words.

The photo, by Edratzer, shows the nave of the Church of the Holy Innocents at Highnam, which Parry's father built and painted with his own hands. Click to enlarge for detail. Look carefully - it's like no ordinary Cof E church.  t's completely "modern" from when Victorian was modern. Parry père was by no means an Establishment stuffed shirt either. Parry fils was more of a chip off the old block than this film would have us believe. The English tradition they represent isn't convention, but almost eccentric individuality.
at May 28, 2011