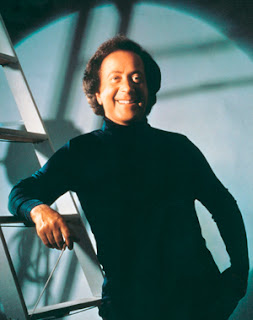 Good news! José Serebrier conducts an all-Gershwin progremme at the Cadogan Hall tonight. Bad news, it's sold out! (returns only). This should be exciting.  South American youth orchestras? Serebrier created the first, aged 14, playing before the President of Uruguay, who was a musican. What's more, they did a Festival of American Music, playing Edgard Varèse and Charles Ruggles who even now are pretty avant garde. Serebrier was too young to know kids weren't "supposed" to be safe. He was carried away by enthusiasm and his love for interesting music. He's still as adventurous and dynamic today.

Tonight's Gershwin concert will include Rhapsody in Blue (Pianist Shelly Berg), An American in Paris and Variations on I Got Rhythm. But what makes this programme special is that it includes Serebrier's own adaptations for orchestra  of Gershwin's Lullaby and Three Preludes.

The Guinness Book of Records should award something to Serebrier for having conducted more recordings than anyone else. He works well with orchestras, and his preparation is meticulous. Get the basics right, and from that flows energy and verve. Serebrier's recordings of Russian masters are superb.  His wonderful complete series of symphonies by Alexander Glazunov (essential listening) has now expanded to include the Glazunov Concertos. When Serebrier approaches things, he does so thoroughly and with great enthusiasm. I've often watched him conduct live to study the way he interacts with his players. He's a born motivator, who gets the best out of those he works with. The Royal Philharmonic Orchestra will be having a good time, as Serebrier's commitment to Gershwin goes back a long way. Serebrier worked with Copland and Stokowski, with whom he conducted Charles Ives's Fourth Symphony, then considered unperformable because it was so difficult. Now it's standard repertoire.  Serebrier knows Gershwin well, and has recorded him before. Hopefully, this concert will herald a new series, making Gershwin part of the classical mainstream as he deserves.

Listen to BBC Radio 3 for an interesting conversation between Serebrier and Susanna Mälkki. They have a lot in common!  Serebrier knew Boulez in Cleveland and recounts how George Szell listened in stunned admiration when Boulez conducted Mahler 5, a work Szell loved dearly.
at September 30, 2011