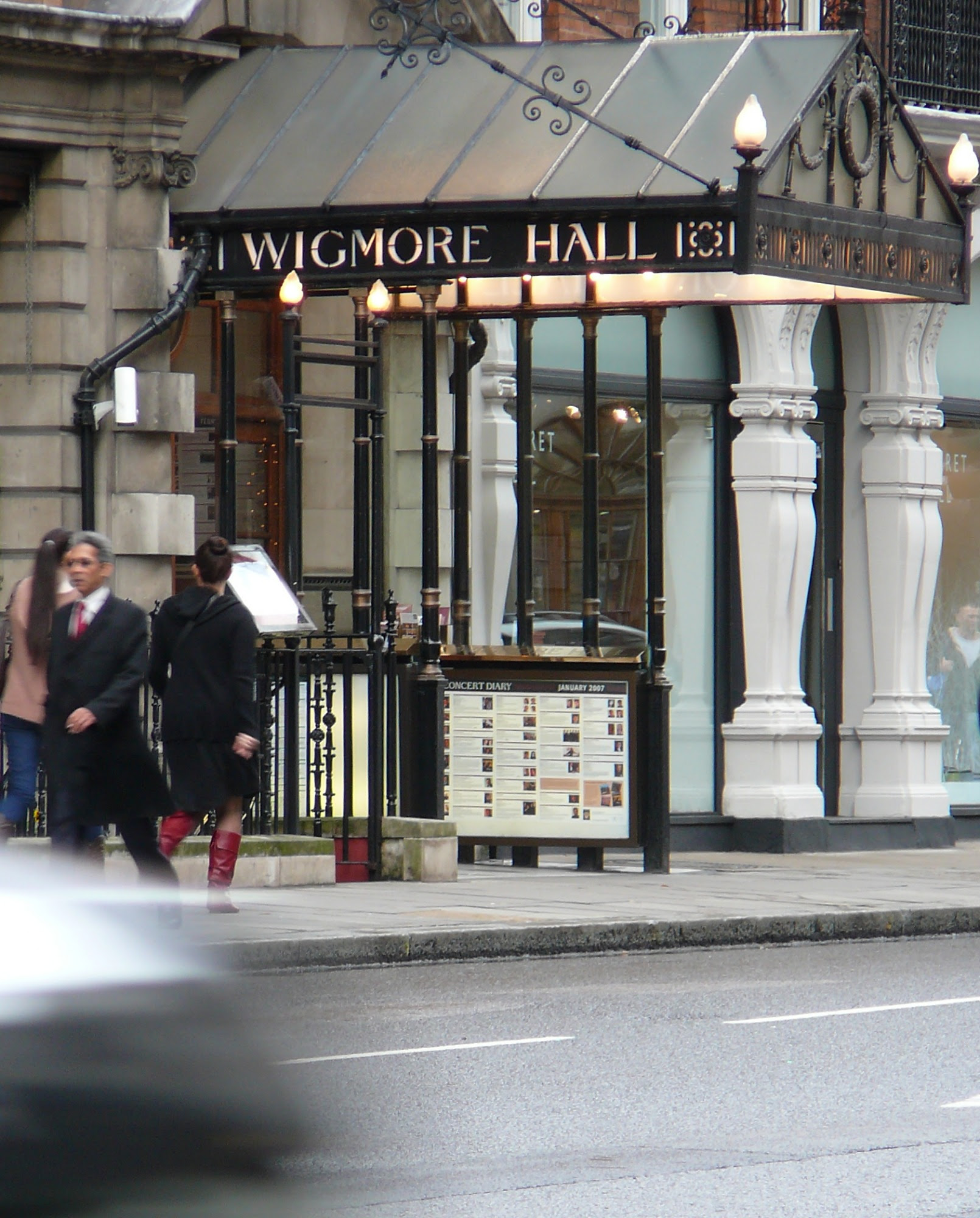 The Wigmore Hall is the most respected centre of art song excellence in Britain  and its Song Competition attracts interest from all over the world. Sir Ralph Kohn, head of the Kohn Foundation which supports the Competition and many other philanthropic ventures, asks in his introduction "Is a competition essential to identify outstanding talent"? So often competition results are controversial, and don't reflect what happens later in the marketplace. At the Wigmore Hall,  though, the emphasis is less on competition than on nurturing young talent. Kohn adds, "None of Wagner's 'Beckmesserisms' in our search for the next young Meistersinger".

The 2011 Jury included Sir Ralph, Bernarda Fink, Graham Johnson, Thomas Quasthoff, Malcolm Martineau, Sarah Walker, Richard Stokes, Jeremy Geffen and both the present and past Directors of the Wigmore Hall, John Gilhooly and William Lyne. Judgement, though, is not the primary aim, for those who participate are encouraged to develop their skills. No "winners" or "losers" here, for all benefit.

Standards are very high. This year's competition attracted 170 applicants from 33 countries. Some of the curriculum vitae are very impressive indeed, many applicants having extensive experieces in fairly prominent roles. Many have won prizes before, and are involved with young artist schemes in major opera houses..

First prize went to baritone Dominik Köninger who made his debut in 2004 and who has worked extensively throughout Europe. He's appeared in Baden-Baden, Stuttgart, Munich, Hamburg and the Theatre an der Wien. Next season, he joins the Komische Oper, Berlin. He has an atractively burnished voice, and his delivery is refined. He and his pianist Volker Krafft chose a programme of introspective songs, rather than those with immediate dramatic impact.  In a competition which emphasizes German Lieder above all else, this demonstrated his fluency in "inward" expression. Köninger has a nice way of eliding words so they flow, without compromising diction. At times he showed real beauty, such as the way he infused the word "Lindenduft" (from Mahler's Ich atmet einen linden Duft) with expansive warmth, evoking the scented breeze.

Second prize went to Stuart Jackson, one of the youngest participants, who is still attending the opera course at the Royal Academy of Music. Almost as soon as he started singing, I recognized his voice, though I'd heard him only once before, over a year ago, singing a few songs at a private recital which included many very well established performers. At the age of 25, very few singers are quite so distinctive that you remember their voices immediately, though you've forgotten the name and face.

Jackson's voice has natural colour and agility, but more importantly, he uses it intelligently.  He's very sensitive to emotional nuance. He sang several Russian songs, but had prepared so thoroughly that he conveyed mood so well that you could understand meaning. Jackson seems to relish the Russian syntax, sailing through the angular consonants of Mily Balakirev's Son. A soldier is dying, dreaming of home : Jackson conveys both darkness and tenderness, so the song is deeply moving even if you don't know the words.

Plenty of volume, too, huge crescendi where needed, but achieved through careful modulation, projected effectively outwards. No barking here, no straining for effect, but good technical control. A very good Liszt Pace non trovo (Petrach Sonnet no 104) indicates that Jackson can act with his voice. Jackson has an extremely interesting voice, but it's his senstivity to meaning and expressiveness that will give him an edge. Properly polished and nurtured, Jackson will be someone to listen out for.

Song competitions are as much about identifying potential as about what happens in the finals. Perhaps that's why mezzo-soprano Dorottya Lang won third prize, for she was so frozen by nerves that she didn't come across well. Maybe she was better in the earlier heats. Potential, certainly, in baritone Jonathan McGovern. Again, nerves caused problems, which is hardly surprisng, given the pressure these singers and pianists were under. McGovern has a nice, deep timbre, but also uses his brain. He chose Poulenc's Four Songs from Le travail du peintre, shaping each song as Poulenc wanted, to reflect the poem and the painter described. Especially effective, though was his Ivor Gurney Epitaph in old mode. English song often suffers from over-pretentious earnestness. McGovern's free, almost conversational style communicates far better.

McGovern and his pianist, Timothy End, were awarded the Jean Meikle Prize for a duo, End also shared the Pianist Prize with Jonathan Ware, who did not appear in the finals. End's not easy on his singers, being rather dominant and fast, but he's a good player. I was impressed with Volker Krafft's playing for Dominik Köninger. Krafft is primarily a conductor, and part of the Royal Opera House Jette Parker Young Artists Scheme, so his background is in voice,. He let his singer take precedence, shining in passages where the singer falls silent.

Thomas Quasthoff won an award, too, the Wigmore Hall Medal for outstanding contributions to the art of Lieder. The medal has only been awarded once before, to Matthias Goerne. I was at Quasthoff's very first Wigmore Hall recital, his London debut. It was a night to remember, and a reminder that relatively unknown singers can become major stars.
Please note : You  can hear Stuart Jackson at the Oxford Lieder Festival next month.More details HERE.
photo: Russ London
at September 10, 2011