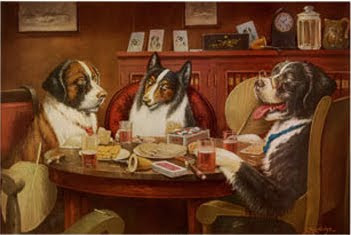 The 2011 BBC Proms are over and what have we learned? Proms series are wonderfully well-planned, with multiple themes that develop as we go along. But that's the challenge. Being judgemental is easy, uncovering deeper trends is much more fun.

One big theme this year were the Choral Sundays which make the most of the Royal Albert Hall's size and acoustic. Massed choirs are a British thing, and the Proms bring together choirs from all round the country - truly uniting the nation in song. Singing is fun.. In a choir you can enjoy yourself without being exposed like a soloist. And what quality we're blessed with! The four youth choirs in Prom 58 Mendelssohn Elijah  were so good they animated Elijah and made it sound fresh and relevant. Mark Berry loved Prom 67 Beethoven Missa Solemnis. Since the BBC supports a huge part of the British classical music industry, it's important that they give choral (and organ) music the best possible showcase.

Another hidden theme in the 2011 Proms season was Faust. This was wonderful because it tied the Proms in with what's happening throughout the year in other venues. Faust seems to be everywhere, in all guises. Particularly intelligent programming in Prom 63 "Trumpets and Demons" where Ivan Fischer brought together Liszt and Mahler, showing how they connect. That was extremely stimulating for those who really care about music and Mahler. More Faust, and Liszt in Prom 15 Liszt A Faust Symphony where Vladimir Jurowski 's flair for drama created one of the best Proms all year. Why the RAH wasn't packed for this I have no idea. It was definitely one of this year's highlights. Lots more devilishly subtle Faust fragments throught the season, even the mutilated rump of Walter Braunfels in Prom 68 and Berlioz's rewriting of Weber in Prom 70, the French Freischutz. Berlioz's Damnation of Faust was not itself in this Prom season, but here was its prototype.

French themes too, throughout, and of course British. Indeed, the Proms are the flagship of British new music. Two premieres for Sir Harrison Birtwisle who is by far the greatest living British composer (Benjamin, Adès, Holt, Bedford and others will get there one day). I loved Angel Fighter instantly, as it follows on from Birtwistle's earlier work. Birtwistle seems to be heading into new territory with his Concerto for Violin and Orchestra. I haven't written much about it as it took me a while to get into, but that's often the sign of something really good. (read Ivan Hewett on Birtwistle HERE) "This man doesn't give a damn". But that's exactly why Birtwistle is what he is, he doesn't play to the galleries or court the downmarket rabble. He has integrity, and that's what makes him a true artist.

Similarly Frank Bridge, who did his own thing and taught Benjamin Britten to do so too. Britten, despite his love for the English past, was by no means a "Little Englander", and for that we have to thank Frank Bridge. Havergal Brian did his own thing too, but not quite so effectively. Because everyone wants to be seen as an expert on the obscure, a lot of Brian fans are fakes, though there is a core of those who genuinely hear something in this eccentric character. The BBC has done the feat of giving Brian more exposure than ever before, and in possibly the best performance ever while effectively bursting the bubble. (Read more here about Prom 4 Brian Gothic). OTOH Now we can move on to other composers interesting for their music rather than their personality.

Like Niccoló Castiglioni. Even by Oliver Knussen's fiendishly inventive programming standards Prom 19 was a brilliant puzzle. Programming as art form. Castiglioni's Inverno in-ver is so beautiful that it should become part of standard repertoire. If only it wasn't so difficult to play! As David Robertson has been saying for ages, new music needs the best possible performance to give it a chance. Hence Anne Sofie Mutter's exquisite Wolfgang Rihm Gesungene Zeit (Time Chant). It's an anthem for our troubled times.  Read more about it HERE)

Housekeeping. This too is part of the Proms experience. The usual lack of toilet facilities. How did Victorians cope, especiually with those huge dresses for which you need a hoist to use a loo?  This year the door-guards have been more liberal, but someone needs to drill into the ushers that they must NOT let latecomers in until the interval. Time after time, performances have been disrupted, upsetting other members of the audience. Door 11 and 6 seem to be the worst. Because the Proms are being marketed for "everyone" that means lots of audiences who don't know about music, which is not a problem at all. But it also means people who can't understand why there's so much singing in an opera, so they walk out complaining. Long term, the push should be strategic, informed marketing, not bums on seats at any cost, so those who do come enjoy themselves.
at September 12, 2011