Walter Braunfels - Fantastic appearances of a theme of Berlioz 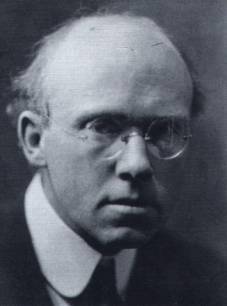 Tonight's Prom 68 could be a milestone. Manfred Honeck conducts the Pittsburgh Symphony Orchestra in Walter Braunfels, Phantastische Erscheinungen eines Themas von Hector Berlioz (Fantastic appearances on a theme from Berlioz).  Braunfels (1882-1954)  is a bit of a cult composer, since relatively few have heard of him, but those who do are passionate. Honeck is one of Braunfels's champions, so this Prom might give Braunfels the prominence he deserves.

The Berlioz theme Braunfels is referring to comes from Berlioz The Damnation of Faust. All year we're having one Faust inspired work after another, from Liszt's Faust Symphony, to Mephisto Waltz,  to the revival of Gounod's Faust at the Royal Opera House, starting soon. Terry Gilliam's Faust in Jackboots ego trip doesn't count.

Braunfels specifically pinpoints the scene where Faust and Méphistophélès enter the Leipzig tavern. Both of them are out of their usual element, among "normal" people, so there's more to the scene than divertissement. Braunfels focuses on the song of the flea, which Méphistophélès sings to describe the way a mad king becomes obsessed with a flea, til his whole court are infested and suffer. Braunfels was writing during the 1914-18 war, although he was conscripted and fought in the western front. It was a traumatic period. He was injured and converted to Catholicism (from being Lutheran). Phantastische Erscheinungen eines Themas von Hector Berlioz develops the basic theme from different angles. We hear Méphistophélès cynical swagger, and a purer, more lyrical approach, which might be Faust. Images of hell, rising from low rumblings in the orchestra,  diminuendos and rising passages, movements up and down. Smoke? Dreams? Tonight, after Prom 68, I will write much more, so please come back and bookmark/subscribe.

This week I've been listening again to Walter Braunfels Die Vögel (the Birds) which comes from the same period as the Fantastical variations. In Die Vögel, birds do what fleas do in Faust : the opera is altogether more complex and sophisticated. Indeed, Die Vögel and the Phantastische Erscheinungen need to be heard together for full impact. The opera is sumptuously beautiful, but with a kick.

There are two recordings of Die Vogel, the first being Lothar Zagrosek's 1996 recording for Decca. It is outstanding, the soprano Helen Kwon truly captures the surreal birdsong which Braunfels incorporates into the part. (Link here to Zagrosek's The Birds on amazon). I hate to say it, but avoid the 2010 LA Opera production which is on DVD. The conducting (Conlon) is leaden and deadening. It is not enough simply to do an opera because it's obscure. This approach is why composers like Braunfels don't get the respect they are due. Die Vögel is much more intelligent and sophisticated, and indeed more musically adventurous as the DVD would suggest.  It's the curse of the myth that Schoenberg somehow "forced" anyone to be modern. Everyone was modern in their own ways. No-one was deliberately retrogressive. I'll write more about Die Vögel when I have time. Until then, please explore this site where there is a great deal in depth about other composers "suppressed" by changes in taste and politics. For more on Braunfels, HERE is a link to a very good German site about him (with English translation)