How to do Oberon Britten Midsummer Night's Dream 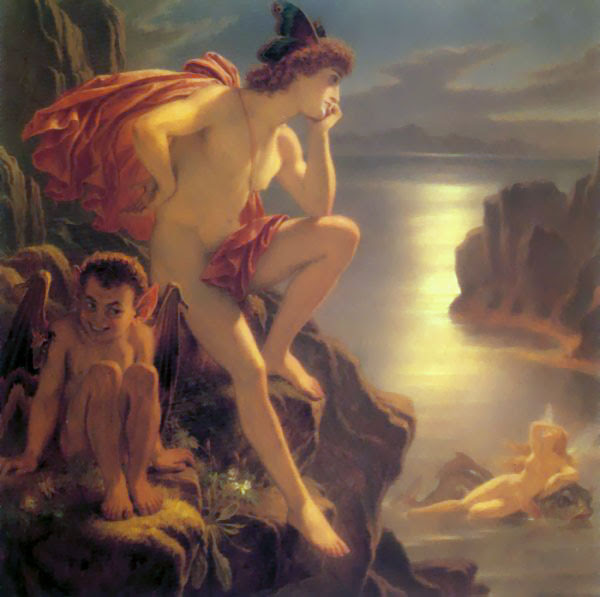 Strange comments this week about GMSD's Britten's Midsummer Night's Dream at the Barbican on the role of Oberon. Surely those who write about music would know that Britten wrote the part for countertenor? If he had wanted to write the part for tenor he would have, particularly as he had one in house. But he deliberately wrote it for countertenor. Think why.

Oberon is the King of the Fairies and appears at night, after the "witching hour", when sleep releases the unconscious and dreams. Throughout the music, nocturnal sounds, creating shadowy images and magic. So Britten wants Oberon to sound ethereal, way above the normal register, floating like moonlight. Hence countertenor, the perfect voice for otherworldly mystery. Moreover, Oberon is not a nice person. He wants Puck for unspecified (possibly unsavoury) reasons and is prepared to do Tytania harm to get the boy away from her. What he does to his spouse amounts to abuse, even though it's "magic". So Oberon has to sound weird, cool and slightly sinister - it's what the role's about. That's exactly what Tom Verney did at the GSMD performance of A Midsummers Night's Dream. and good for him. READ FULL REVIEW HERE. The secret of judging and creating performance is knowing what the music does. This applies to all things, including  Rusalka, about which I'll write more soon.

Below is a clip from a version of MSND at the Liceu in Barcelona. It looks as if it was created by someone who really understands the music and the magic in the opera. Look at the image of the moon, representing nocturnal forces, dominating the dark set. The counter tenor is David Daniels - this is one of the great roles in the repertoire. How coolly and weirdly he sings!  The roccoco oscillations are part of the supernatural magic.  But words that count thus come out sharply cut and undecorated.  Despite the high register, he's masculine and physical, for Oberon is powerful and gets his way. But the last thing you want in the voice is butch and basso.  You're supposed to be unsettled by who Oberon really is. In the Liceu production, Oberon's hair and beard are green, for he's a nature spirit, like the Green Man.The director is Robert Carsen, who did the La Scala Don Giovanni and the Glyndebourne Rinaldo (both reviewed on this site, use search box)  On the basis of this short clip, I've ordered the DVD. Anyone interested in stagecraft and in Britten might want to do the same.

That production has travelled a lot. I last saw it at the Coliseum, I think.