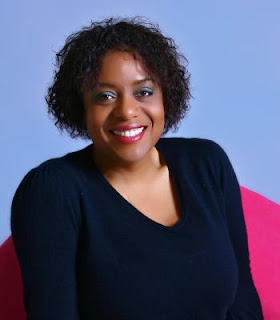 For sixty years, the Chelsea Opera Group has adorned London opera life. It doesn't do mass market, but focuses on unusual and obscure repertoire. This audience comes for the music! This fuels Chelsea Opera Group productions with the kind of commitment you get from true devotees who love what they're doing. Founded by David Cairns, they produced  Berlioz Les Troyens and even Benevenuto Cellini in the 1960's, conducted by Colin Davis, closely associated with them since their inception. London would not be what it is without the Chelsea Opera Group ethos and its audiences.

Starting this year's season at London's South Bank, the Chelsea Opera Group presented Giuseppe Verdi's La forza del destino, in the 1862 St Petersburg version rather than the more familiar 1869 Milan version. They have produced La forza del destino before, in 1959, 1966 and 1986. Some patrons have heard them all. Last year, there was an excellent production in Paris, with Violeta Urmana, Marcelo Àlvarez and Kwangchul Youn. The Chelsea Opera budget can't scale such stellar heights but compensates with verve. Gweneth-Ann Jeffers, Peter Auty and Brindley Sherratt gave performances so passionate that they filled the Queen Elizabeth Hall so effectively there was no need for staging. Jeffers and Auty sang these roles at Opera Holland Park in 2010.

In La forza del destino, Jeffers is a force of nature, expressing levels of Leonora's personality hinted at in the score. Leonora is virginal but passionate. She's planning to elope to South America, sacrificng her status for an outsider whose ancestors are descended from the god of the Sun (ie Incas). Leonora's father is a bigot, and her brother equally rigid, but Leonora has greater strength and depth of personality. Jeffers smoulders, caressing the low tessitura, soaring to crescendi and extended high passages. Forceful voice, well applied technique. Jeffers is a born diva, but her powers come from within, fuelled by intelligence and understanding of how music shapes role. Leonora is resourceful - who would chose to be a hermit in a monastery? - but she can't escape Fate. If Fate can destroy someone as strong as Jeffers's Leonora, there's no hope for anyone else. Verdi's "Fate" motif flows throughout the music, sometimes seductive and subtle, but relentless. It surges in the big strings sections, weighted down by celli and basses. But when Jeffers sings Leonora the crucial aria "Pace, Pace", she's accompanied by harps, for she's alone with God. Dramatic sopranos like Gweneth-Ann Jeffers are rare - why don't we hear her more often in this country? She's a resource we should appreciate. 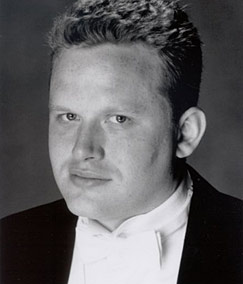 Don Alvaro is a long and taxing part, but without staging, the voice is more exposed and has to carry the drama. Peter Auty was more impressive than he was two years ago. In this performance there's an aria.cut from later editions, which commands, as the notes say, "high tessitura and neurotic tension". Auty threw himself into the spirit, singing with a heroism that captures Don Alvaro's personality. No matter how hard Don Alvaro tries, Fate will destroy him. Dying early is no escape. Pehaps Don Alvaro will suffer more if he has to find redemption. Certainly, Verdi's emphasis on spiritual rigour is blunted if Don Alvaro simply drops dead. The role isn't meant to be easy, and Auty understood the poignancy, rewarded by audience applause. Auty's young, by no means a  bland "English tenor" and has a lot of potential.

The plot pivots around Leonora and Don Alvaro but Verdi expands the idea of Fate in many ways. Don Carlo (Robert Poulton) doesn't think, or even feel much love for his sister. He's programmed like an automaton,  a manifestation of Fate as obsessive compulsive non-empathy. The part's against Poulton, though he sings well. But Don Carlo is killed because he doesn't even question things. Significantly, Verdi writes other characters to extend the concept of Fate. He didn't write Preziosilla (Antonia Sotgiu) simply for colour. She's not "gyspy slut" but represents something much more sinister. She is much more Mefistofele than Carmen, for she goads the soldiers on.  "Rataplan, Rataplan" can be macabre, a Dance of Death, but here it was genteel, the COG Chorus and The Imperial Male Voice Choir singing with enthusiasm, taken in by Fate in the guise of provocateur. 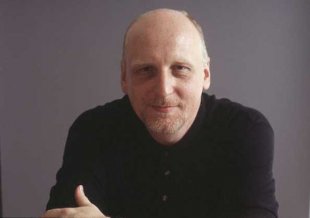 Significantly, Verdi develops the monastic roles. The peasants suffer poverty and war, yet do nothing to change their fate.  Fra Melitone (Donald Maxwell)  has some insight, but rails at the peasants for being poor because they have too many children. (Celibates don't understand). Melitone is also the gatekeeper and rule enforcer, a benign version of Don Carlo. Maxwell's too nice to be nasty, but creates the comic aspects of the part very well. Il Padre Guardiano (Brindley Sherratt) on the other hand is a figure as powerful as Leonora herself, with dispassionate objectivity.

"Charity" he keeps telling Fra Melitone, meaning charitable feelings not free food. This kind of charity is exactly what Don Carlo and his father don't understand. So they become tools of fate and die without having learned anything about life. Sherratt's Guardiano is magnificent, utterly authoritative. Perhaps he realizes that Padre Guardiano is the voice of God, or at least, some superior, all-merciful being who might have to the power to thwart Fate. Notice how Verdi writes the part for the same voice type as the the Marchese di Calatrava (Richard Wiegold). The two men are polar opposites. Sherratt sings with such resonance that you sense the character's emotional and spiritual depth. No wonder Leonora confides in him. Moreover, he breaks rules, letting her into the monastery. In the ending where Don Alvaro doesn't die, Padre Guardiano plays a pivotal role, implying that there are other values than revenge and pig headedness. Everyone dies in the end, but if you live properly, Fate doesn't win. Leonora has learned this, which is why she finds a kind of apotheosis in death. God has shown her mercy.

Minor roles add spark to any opera, but much depends on who is singing them.  I'm certainly looking forward to hearing Paul Curievici (Trabuco) again. He's so involved with the opera that his face expresses what's going on even when he's just listening. Intuitive expressiveness like this is a gift that can't be taught. This is the sign of someone who really acts, from his soul outwards. He's extremely young, so another talent to listen out for. I last heard him in the GSMD Poulenc Dialogues des Carmelites (more HERE)  In La forza del destino, he gets to sing a lot more, and does that well, too.