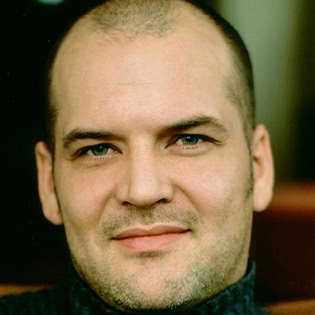 Florian Boesch and Malcolm Martineau's Schubert Die schöne Müllerin at the Wigmore Hall was outstanding. Over several decades, I've heard hundreds of performances, but this was exceptionally perceptive. This was a wholly original, perceptive reading, informed by great insight. In Die schöne Müllerin the brook speaks through the piano. A brook flows forth with force. This isn't a pretty little Bachlein, even if the protagonist is fooled. It powers a large commercial millwheel. This master miller employs many staff, and the brook keeps them all in work. The millwheel crushes grain into flour. The brook also controls the miller lad's mind and crushes him with overwhelming force.

From the outset, it was clear that Malcolm Martineau understood why Schubert wrote such pounding, repetitive rhythms into the piano part. They are so shocking tthat most pianists soften them to make them more "musical", but when they're heard with this force, you realize that the brook is a personality. That's certainly how the miller's lad sees it. "Vom Wasser haben wir's gelent, vom Wasser". Right from the start, he's doing what the brook tells him. The energy in the piano part is compulsive rather than merely compelling, so Martineau's approach is psychologically right. The poem, too, reflects this hard-driven quality, with words repeated at the end of sentences, for emphasis. Boesch sings them purposefully, "Das Wandern", ""Das Wasser" and "und wandern" yet again. Piano and voice in harmony, but it's the unison of goosestep march.

Also perceptive was the way Boesch and Martineau revealed the jarring contrasts between each song. The hard-driven march gives way to more seductive rolling patterns, then voice and piano diverge. The miller has spotted the mill. Boesch's voice warms with hope, "War es also gemeint?", but Martineau's dark pedalling tells us no. Am Feierabend is often sung gemütlich, for the miller's lad now feels part of a community.. But the imagery includes the millwheel, still grinding when the workers are at rest. Martineau's attack is ferocious, for the brook is, and will become ever more jealous. Later, the young miller will obey, but for the moment, he's still contemplating love. Significantly, the voice is relatively unaccompanied at the start of Der Neugierige, and Boesch's voice finds lyrical stillness. But the brook attacks again in Ungeduld, with its manic pace. Seldom have these mood swings seemed so bi-polar. In Mein! Boesch sings as if he's won the girl. Martineau's playing reminds us that the brook might think quite something else. Emphatic, brutal last note, no quibbling.

Many years ago, Matthias Goerne's first recording of  Die schöne Müllerin revealed the young miller as emotionally disturbed, living in schizoid fantasy. It's a perfectly valid interpretation, though Goerne was to adopt a more conventional but superlative approach in his recording with Christoph Eschenbach (review here - it's one of the best). Boesch, however, makes the young miller sympathetic. Because it's easier to identify with a miller created with such warmth, the brook's vindictive pursuit seems all the more tragic. Boesch's rich timbre makes him plausibly masculine, so the rivalry between the miller and the huntsman isn't entirely one-sided. No less than six songs in this 20 song cycle deal with the miller, the hunstman and the girl, with music and the colour green and all that signifies. The songs were performed without a break, since they're a last interlude, when the miller still inhabits the real world.

With the minor key Trockne Blumen, the young miller enters the death zone. Boesch sings quietly but it's an unnatural calm. His last cry "Der Mai ist kommen, der Winter is aus!" was a last backwards look at happier times. Martineau makes the last chords resonate into silence. The miller will not live to see Spring. The brook now "speaks" through the text, as well as through the piano. Miller and brook are becoming one again, the miller's soul absorbed by the brook. This is surreal, even by the Gothic norms of Romantic poetry. Boesch makes interesting connections. His hands may clasp involuntarily, but the stillness of his singing suggests quasi-religious sacrifice. Did the poet Wilhelm Müller think of pre-Christian fertility rites, or to primeval myths of female water spirits luring men to their doom? It hardly matters. Boesch's eerie stillness is disconcerting, as if the miller is willingly being hypnotized.

The last song, Das Baches Weigenlied is a lullaby but most certainly not serene or comforting. Rolling rhythms again, but now the piano part falls into gentle repose. The brook is now speaking through the voice part and through the miller. It's not the miller who is now at peace. He's dead. The brook has consumed him and no longer needs to rage. Schubert sets the song lyrically, but it's the culmination of a nightmare, straight out of the aesthetic that gave rise to Erlkönig (and indeed to Mary Shelley's Frankenstein) As I've said many times before, only the shallow hear shallow in Schubert, but it needs to be said if we are to learn from him. This recital shows us what real Lieder singing is about. It's uncompromising psychological truth. Full review to appear in Opera Today.
at March 22, 2012