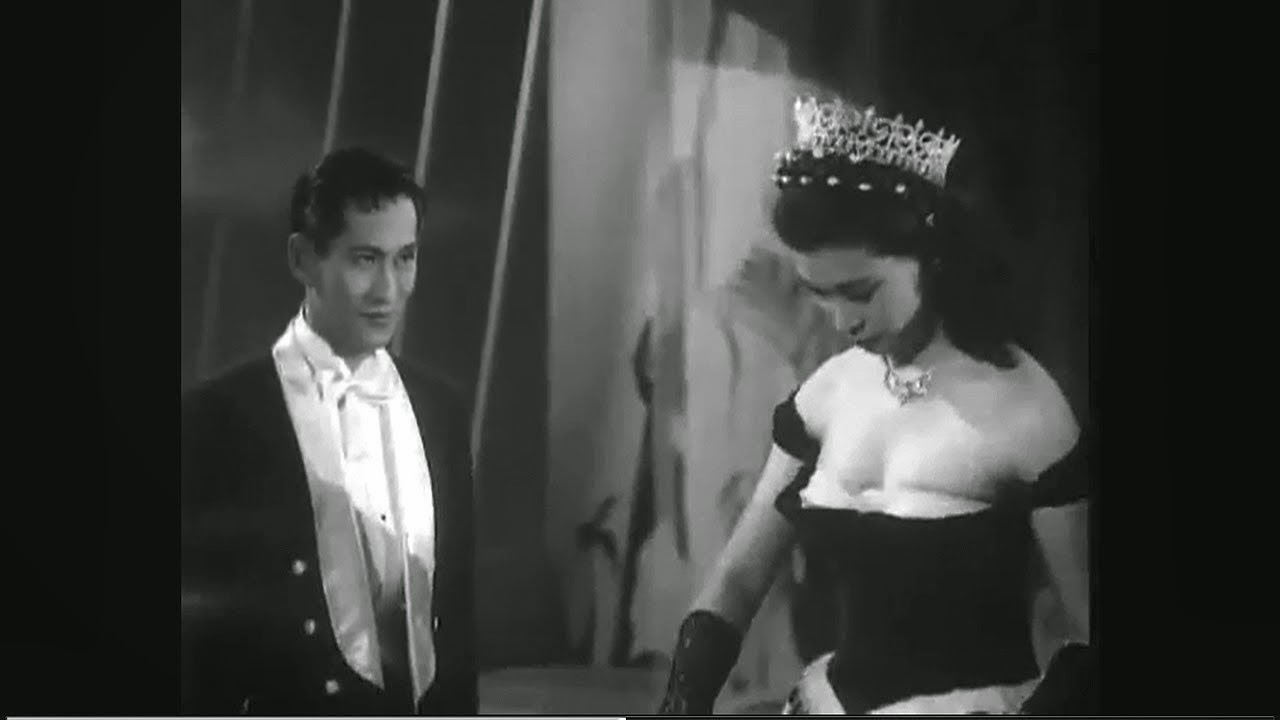 What a scream! A proper Cantonese opera, but also a satire on Viennese operetta. The plot's straight out of 1920/1930's kitsch, milked for all its dotty craziness, but set to musical form that's authentically Cantonese. For most non-Chinese, Chinese opera is hard to penetrate because it involves much understanding of cultural values and customs. Romance of Jade Hall (璇宮艷史)  however, is ideal for western audiences because the plot is a send-up of 1920's and 30's kitch. Ruritanian kingdoms with autocratic aristocrats in crazy costumes, playboy lovers and lots of natty arias. Ukelele solos and badly played gypsy violins! Even a skit based on the tune Oh Susana. Corny enough in Mitteleuropa, hysterically funny with a Chinese cast camping it up for al its worth.

Prince Ali (pronounced Nali) (Cheung Ying 張瑛, famous matinee idol) ventures incognito into other kingdoms where he becomes a hearthrob nightclub singer. Regular fans will squeal at the sight of him with curly wig and lipstick, like a round eye.  Exiled from one kingdom for chasing too many women, he's arrested in another, where the Queen (Law Yim-hing 羅艷卿, another legit Cantonese opera singer) fancies him but can't marry a commoner. Convoluted plot ends well when Ali's true ID is revealed. Best of all, the Prince's sidekick, who wears shiny silk suits and plays the ukelele is Leung Sing Bo (梁醒波) the greatest comedy opera singer and actor of all time. The Queen's comic sidekick is Lolo, Tam Lan-Hing (譚蘭卿) who often paired up with Leung Sing Bo, and is his counterpart in every way. Choruses of palace maidens and princes from fantasy kingdoms.

Otherwise this is true, traditional Cantonese opera (and the movie coyly starts out like that). Rhythmic recitatives, inventive arias, percussion-led interjections. A great introduction to Cantonese opera form. English and Chinese subtitles, but the Cantonese original is best, full of wit and pun.
at March 18, 2012