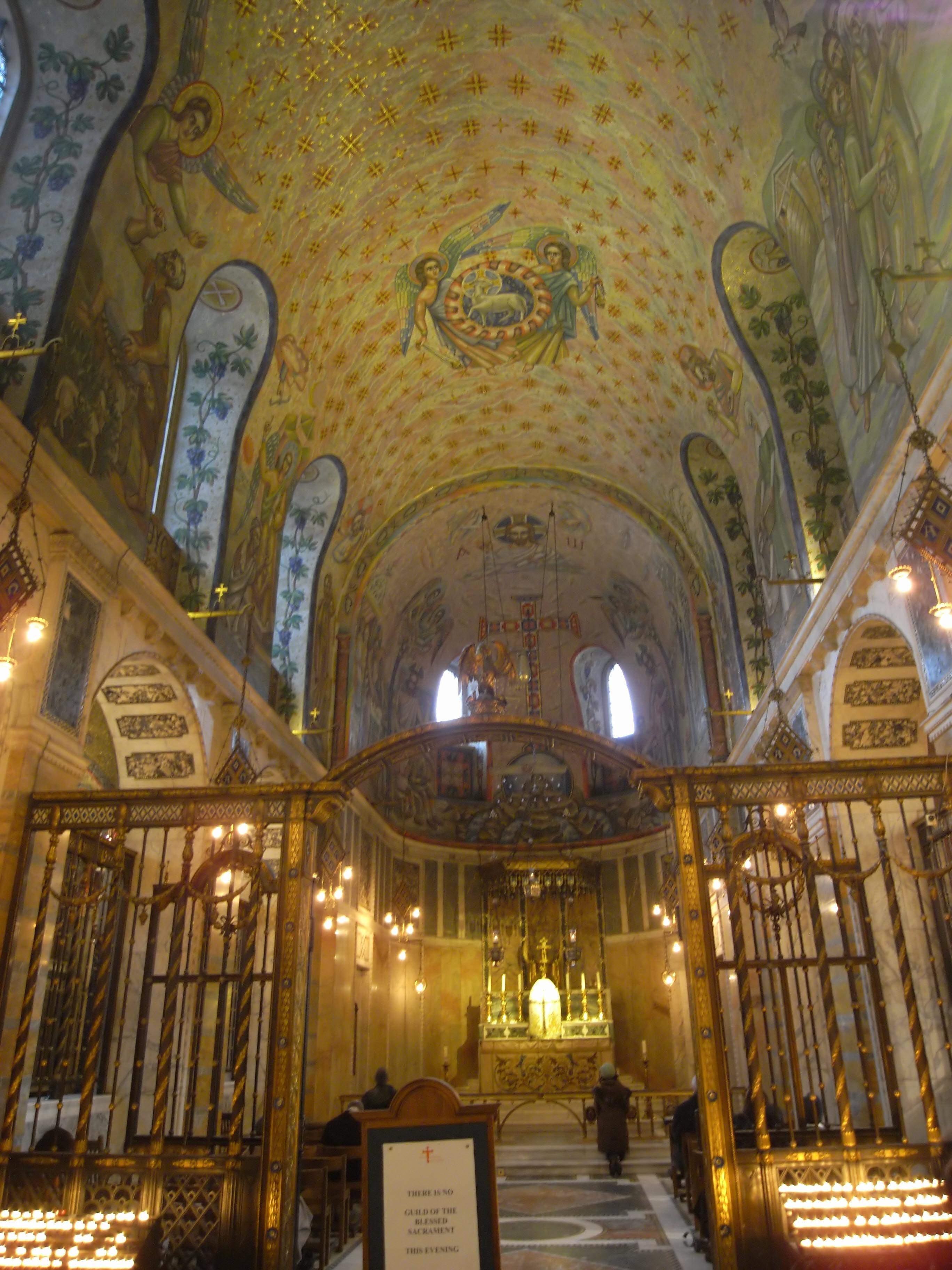 Hearing Elgar's Dream of Gerontius at Westminster Cathedral with Toby Spence, David Hill and the Bach Choir should have been a great experience. Only a few weeks before, the Pope himself had conducted Mass there, celebrating the beatification of John Henry Newman, who wrote the inspiring text.

David Hill is a specialist in this repertoire, as his recordings with the Bournemouth Symphony Orchestra attest. The Bach Choir's reliable. Yet for all its magnificence, the Dream of Gerontius rests on the tenor part. It's formidable, defying even very good singers because of its range and duration. Pity then that I couldn't hear Toby Spence's singing, even though I was in "premium" seats near the front of the nave. Spence made heroic efforts but the sound was lost in the vastness of the Cathedral's enormous dome.

It's the same problem that plagues the Royal Albert Hall.  Organ and orchestral music is wonderful, but solo voices disappear. Domes are designed so the sound of the congregation rises upwards towards God. Theology doesn't make good concert acoustics.

Westminster Cathedral is like no other. Planned in 1900, consecrated in 1910, it's a bizarre amalgam of Italianate, Greek and Russian Orthodox, Late Victorian, Viennese Secession and Arts and Crafts style. Outside, all the church buildings have unusual stripey brickwork : think Keble College, Oxford or Euston Station when it was built, the highest point of architectural innovation at the time. The architecture is surprisingly progressive and ecumenical.  Hundreds of different kinds of marble, wood and stone, creating a lively patchwork that symbolizes the diversity of the physical world. The patterns in the marble are so beautiful it's hard to believe they were made by nature, not art. God's work, so to speak. The delicate paintings which can be seen in the photo of the chapel behind where the performance took place disappear into darkness at night, but again that has theological meaning : we don't need to see them, but we know they exist.

The Bach Choir were arrayed on a platform in front of the gates in this photo, so their sound projected forward. Nice, reliable singing but more animation would have been welcome. The demons plotting in Hell could have been done with much more devilry and wit. Down to earth humour is part of the good natured vision Elgar and Newman were trying to create. Hill conducted well, the orchestra clearly audible.

If Toby Spence had been positioned in the pulpit, he would have been heard to better advantage. Pulpits are designed to project solo voices, after all.  This is such a difficult part that a tenor deserves all the help he can get. The baritone hardly sings at all.  James Rutherford's voice comes close to bass, and booms nicely so would not have been quite so lost in front of the orchestra. Patricia Orr's Angel was pretty, though again barely audible. Such lovely bouquets! Who's their florist? Toby Spence deserved the biggest one for effort. He wisely conserved himself safely until near the end  when he bravely made a big effort to project. If you were sitting at the back and didn't know the piece you might have thought it was orchestral and choral.  Please see my commentary on Newman, Elgar and the Dream of Gerontius HERE. It's a very deep and inspirational piece so without words, much of the impact is lost.
at November 05, 2010

Having heard the same performance, from the unreserved seating near the back, it seems I came away with different feelings to yourself.

Certainly, the cathedral is best-suited to choral singing rather than orchestral playing or solo singing, neither of which carried as crisply as might be desired. The BSO gave what sounded to be a flawless performance, which in the quieter moments was lent a wonderful dreamy texture by acoustic; the louder moments seemed to me rather muffled and lacking in immediacy (no doubt the wall of people in front had something to do with that), and so lost a little - only a little - of the effect.

As for the soloists: I left the evening most impressed by Toby Spence. Certainly he lacked some of the immediacy (and, I suspect, nuance) he would have possessed in the concert hall, but the words and tone were still for the most part clear, and he gave a fine performance. I'm interested by your assessment of poor Patricia Orr as 'pretty' - her tone was for the most attractive, but she was clearly unhappy with the acoustic, and was often floundering as she tried to project (the less said about the interjections in the demons' chorus, the better). James Rutherford was good, though.

But the choirs! That was the best of all, from both the Bach Choir and the cathedral choir - excellent diction (which, in that venue, would have required formidable cohesion to produce), unimpeachable intonation, very good tone. And some sneering from the Demons, although not so much as to be prioritised over musicality. The Kyrie and the long praise to the holiest were both definite highlights. The risers probably helped in carrying their sound, of course.

When one hears a performance in a cathedral, one must of course expect cathedral acoustics, and the effect of these upon the music; but, even with that effect, it was nonetheless a great Gerontius, I feel.

And, according to the programme, the bouquets were provided by "Shane Connolly Flowers ltd" ;-)

I was there on Thursday with my wife. Neither of us had heard the piece before but we were both very moved by it. A very special work which brings you close to the awesome question of death and the afterlife.

Thank you both. I'm perplexed by the acoustic at Westmninster. I've not had problems with organ music there (Latry, Bate etc),and haven't had problems in churches either, (I do Three Choirs regularly) Several other people in front of and next to me also commented on not being able to hear much. Two friends in the unreserved seats at the sides were OK though.