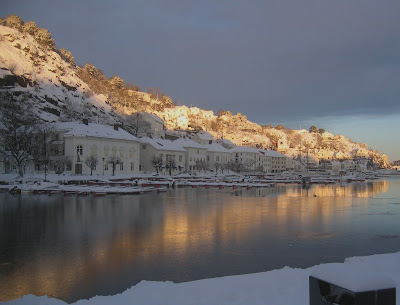 This weekend, the Risør Festival came to the Wigmore Hall, London. Sunday night's concert was the most intriguing because it showed the characteristic  Risør touch - eclectic repertoire, unusual ways of hearing familiar works, and above all, an unusally intelligent approach to programming. That's what you get when serious performers get together to play for each other. Please follow this link to read the review in Bachtrack (highly recommended listing site)

"Because Risør is a festival for musicians, it's adventurous.......
Stravinsky's Rite of Spring. Not the ballet, but a version for keyboard here heard on two pianos with Leif Ove Andsnes and Marc-André Hamelin. The austerity concentrates the mind, focusing on the basic structure of the music......."

Ralf Wallin's Under City Skin "described as a way of hearing things on different levels, seeing archetypal myth beneath the grim reality of a cityscape. Hence the "footsteps", sounds that move forwards and backwards, from different angles. It's deliberately disorienting, especially at the Wigmore Hall where we're conditioned to hearing from only one dimension. The result is that there's a constant battle between what we recognize as conventional music and this strange disembodied counterpoint. It's a good way of shaking up auto pilot listening. Risør does counterpoint in the widest meaning of the term......"

"Arthur Honneger's Symphony no 2 for string orchestra and trumpet. Austere, spartan restraint, but also the clarity you get on a chill morning, when there's little background distraction. Yet Honneger contrasts the elegance with strange, wailing themes, "smeared" notes which counterbalance the formality. Is it an incantation, or a cry of anguish? Hearing Honneger after Stravinsky focuses the mind on the idea of ritual as means of placating fate and cosmic dangers. Significantly, Honneger was writing in 1940-1. The references to Bach confirm the idea of faith (of any type) in times of tribulation. Counterpoint again! In the third and last movement, Vivace non troppo - presto, a trumpet materializes in an archway, usually closed off, above the platform. Trumpets symbolize angels, of course, but musically this is powerfully effective. The strings aren't alone. Their chorale-like theme is reinforced by the deeper and more strident tones of the trumpet, playing in parallel".
at November 29, 2010