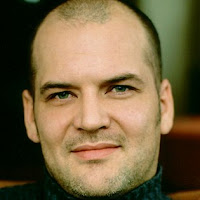 Florian Boesch and Roger Vignoles gave a very good lunchtime concert at the Wigmore Hall on Monday. Boesch's voice is magisterial, but also refined. He''s a natural Lieder singer whose interpretations come from within. Last March I heard him in one of Richard Stokes's semi-private Liederabend recitals. Schumann and Schubert standards which we've heard a thousand times, but Boesch infused them with intelligence.

This Wigmore Hall recital featured songs about strange horsemen. Goethe's Erlkönig has been set many times, immortally by Schubert, but Loewe's version comes a close second. It's not as wildly Romantic or dramatic as Schubert, but the gentle, seductive opening chords emphasize the Erl King's seductive charms. Boesch's voice strains somewhat as he sings the boy's terror, but that's in character - the boy is so scared his throat constricts. Then, Loewe's Tom der Reimer, the "Rhymer" (troubador/poet) who meets a vision in the woods. She's astride a white mare, her hair and her horse's mane festooned with tiny silver bells. . She's the Queen of the Elves who enslaves Tom for seven years. He's lost in a swoon of ecstasy, the piano part So klangen hell die Glöckelein. Boesch's voice drops to a low growl for the last word, as if he knows the fairy bells are sinister.

Another ghostly apparition in Odin's Meeresritt. In the middle of the night a terrifying horseman in black armour summons a humble blacksmith to shoe his steed. "I have get to Norway by  morning." Since they're in Denmark, that's a tall order. Then the horseman rides off into the skies, followed by twelve black eagles. The stranger is Odin, king of the Norse Gods. The piano part's gorgeous. Odin's a prototype Wotan, so "hear" the connection.

We don't know why the lovely shepherdess in Süsses Begräbnis Op 62/4 has died, but Loewe creates a flowing sense of movement which might imply she's being borne aloft even as she's being laid into the ground - a subtle variation on Rückert's relatively straightforward text. Much more robust is Reiterlied with its sturdy galloping refrain mein Rößlein komm, wir reiten. Oddly this is more reminiscent of Schubert (think Abschied) than most Loewe. The gravitas in Boesch's voice works well with Der Pilgrim von St Just, who is no less than a King turned monk. Then, the wickedly lively Die wandelnde Glocke. It's Goethe - who else would dream up a poem about a naughty boy who won't go to church . He's pursued by the church bell, which flies over the fields. Superhuman architecture! And to end, Loewe's Edward, which everyone loves. Better still, Hinkende Jamben  "Look how Loewe sets Rückert"  says Boesch, "such ear for little detail", as he recites the tongue twister rapidly

I heard this on the radio and was blown away. I don't normally like men's voices, but Florian Boesch's Süsses Begräbnis practically had me stop the car, it was inordinately moving. My only regret is radio three have now cut the "listen again" link so I can't easily share this stunning piece with friends.