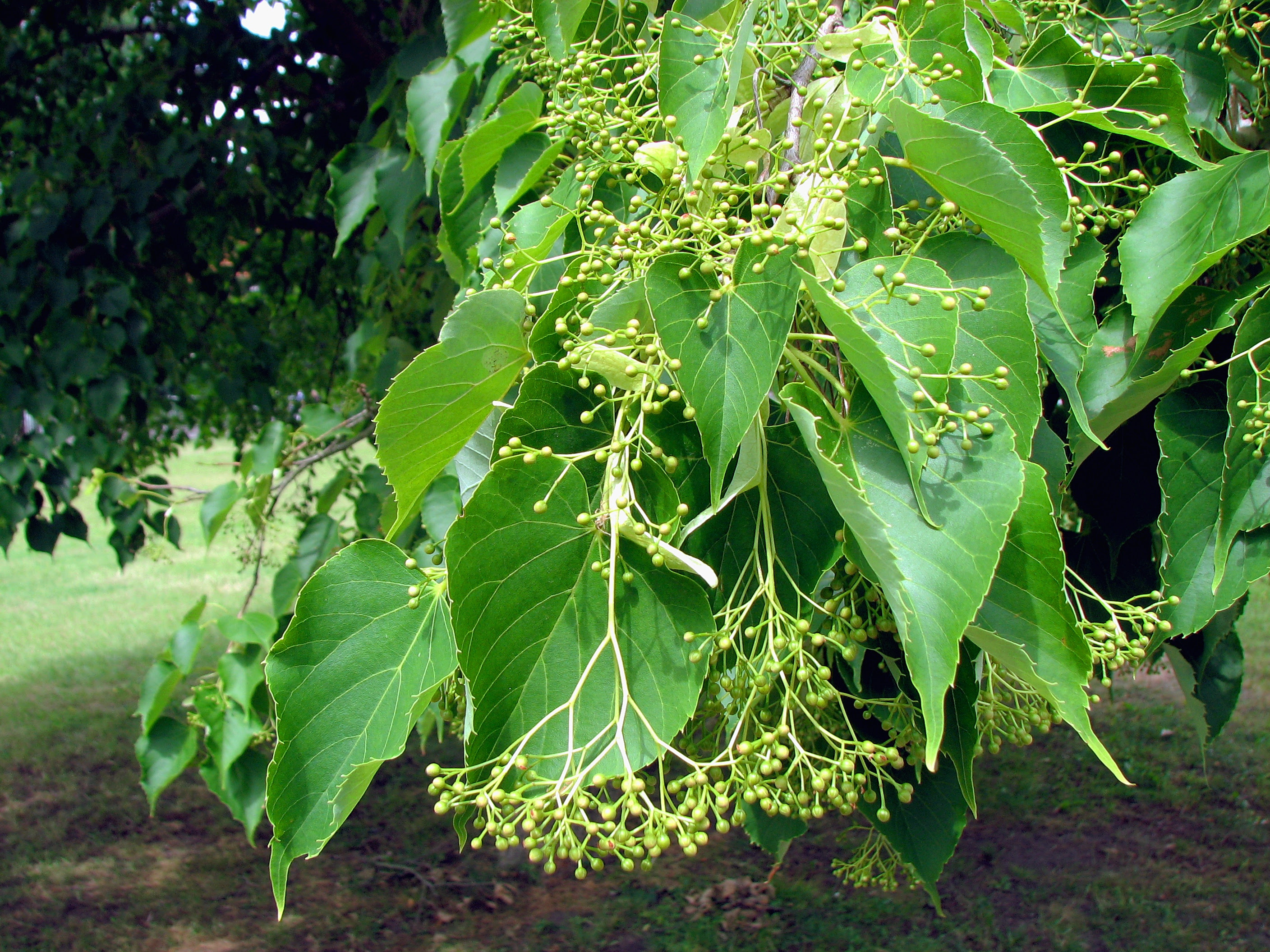 Brahms and Mahler: two composers who most adamantly didn't write opera. Edward Gardner's built his success on conducting opera, so Prom 32 was worth hearing to learn how Gardner would shape things. At his high profile debut at the Barbican five years ago Gardner conducted Walton's Symphony No 1, apparently one of Gardner's favourites but one of my least favourites. He made it come over as sincere and heartfelt. Maybe the sincerity came from Gardner himself, but that was no bad thing since it enhanced the good performance. Listen HERE.

Brahms's Violin Concerto is a much greater challenge than Walton, especially with a soloist like Christian Tetzlaff, who played with the freedom that comes from knowing the piece intimately. Beautifully poised, yet personal.  In the cadenza you could imagine Joseph Joachim playing with Brahms in attendance. Gardner and the BBCSO supported him genially - a perfectly valid reading. Making a piece as familar as this sound fun is no mean achievement.  Pity the pause after the first movement was extended to let in hordes of latecomers. If they can't be bothered to check start times, they shouldn't be allowed to spoil the music for others. Note to BBC: enforce wait til interval.

Mahler's Das klagende Lied is a wise choice for any conductor with an opera background, since it's a work where someone with a feel for voice can offer much. It was Vladimir Jurowski's great triumph, when he opened the South Bank season in 2007, and repeated wonderfully in 2010. Because it pre-dates Mahler's symphonic output, interpretation doesn't necessarily depend on profound insight into the composer's trajectory. Das klagende Lied is a magical cantata, not all that far from what Weber, Mendelssohn or  Schumann might have written. Knowing Mahler's predecessors - especially Schumann - is a valuable key to understanding Das klagende Lied, because even at the age of 20, Mahler is finding an original, distinct approach. 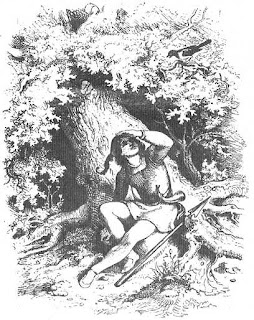 There's plenty of narrative coloring, which furthers the "plot" such as there is. Gardner pays close attention to detail, letting the orchestra paint glorious landscapes to enhance the singing. Listen for the lush swathe of strings at the end of of the first movement and the introduction to the second. Imagine dense woods, distant hunting horns, breezes heavy with the scent. Gardner's very good at atmosphere, lingering lovingly so moments like flute and solo violin are highlighted. The reference to Siegfried is well delineated: you can almost hear invisible Rhinemaidens call Rheingold! Rheingold! .It's important, not simply because Mahler worshiped Wagner, like most young men and women in his generation.  In Das klagende Lied, two brothers search for a precious red flower, possession of which will win the hand of a queen. The young brother finds the flower without much effort  and then literally falls asleep on the job.


The text (Mahler's own)  refers to a Weidenbaum, a willow tree, whose branches bend easily .No spine, one might say. Yet Mahler's music refers repeatedly to a Lindenbaum, a linden tree, whose scent is reputedly narcotic. Perhaps that's why the brother with the flower is waylaid by dreams and gets killed. What point is Mahler making her?  I think it can be read on two levels, the first being  a reference to the subcosncious, the pre-psychology of Des Knaben Wunderhorn. Mahler, being a modern man, doesn't ascribe magic to fairies but to dreams. Not so much Freud but Mendelssohn, again. Secondly, Mahler is using motifs familiar to anyone who knows Lieder eines fahrenden Gesellen, which will also get recycled to good effect in Mahler's Symphony no 1. Song symphony in gestation. Even at this early age it shows that if Mahler really wanted to write opera, he might have approached things differently.
The singers, Melanie Diener, Anna Larsson, Stuart Skelton and Peter Purves were good, though the score makes no special deamnds  Diener and Larsson's dresses, vivid scarlet and emerald green, were well co-ordinated, a nice touch which should take so little effort you wonder why fashion clashes happen so often. Six trebles, not one, but not just for visual impact. It's not easy to find a treble with the stamina to sing this longish part, with its two sudden peaks above the stave, which are so important in creating a supernatural effect. Jurowski was fortunate in having superb singers, but trebles don't keep as their voices break. This, too, is part of the inner drama in Das klagende Lied, and not often understood. Gardner opts for six for practical reasons, because it's much kinder to the singers and expands their impact.
Gardner's Das klagende Lied was appealing because he was scrupulous in defining mood and with the Royal Albert Hall he had resources like a massive off-stage band. At the Proms, most things "are" drama  because the place itself is exciting. Yet maybe Gardner's painstaking effort diffused the overall result. When Donald Runnicles conducted this piece at the Proms in 2005, he was less refined, even somewhat haphazard, but it worked well because that reflected the rustic directness we connect to Des Knaben Wunderhorn. Vladimir Jurowski was constrained by the permutations of the Royal Festival Hall but used the restraint to go for a passionate interpretation that emphasized the supernatural horror that is at the heart of the piece. Mahler describes events through the voice of the bone the Spielmann is playing. It's not a "personality" so much as a recurrent motif that comes back to haunt. The figure of the Spielmann, too, is redolent with symbolic meaning. (For a discussion of this, please see my piece about Franz Schreker's opera Irrelohe).
There are lots of recordings of Das klagende Lied, and regular concert performances, six at the Proms since 1975, so we're spoiled for choice. (My favourites : Nagano and Jurowski).  Gardner's virtue is that he's genteel and correct, but more freedom and energy would have been closer to the spirit of the piece.
at August 09, 2011

Re the six boy treble choristers from Westminster Abbey I was interested to find that Mahler's original score specified one boy soprano and one boy alto.

Jurowski in his first Royal Festival Hall effort in 2007 (available on DVD) used an exceptionally talented boy alto (on his own), Christopher Ragusa, who was placed up front with the other soloists. He was able to reach those two anguished high notes but in a particularly anguished way perhaps because it was a stretch for him. By 2010, I guess, Ragusa's voice had broken so Jurowski used two boy soloists. I don't know if one was treble and the other alto. But Ragusa was the star for me (he's now studying violin). The part has also been sung in some performances by the mezzo soprano soloist. I guess it's what works for the effect Mahler seems to have wanted that's important rather than "authenticity". I don't thought think it's most effective with the trebles or whatever banished up with the main chorus.

Thanks for an excellent analysis of the Prom!