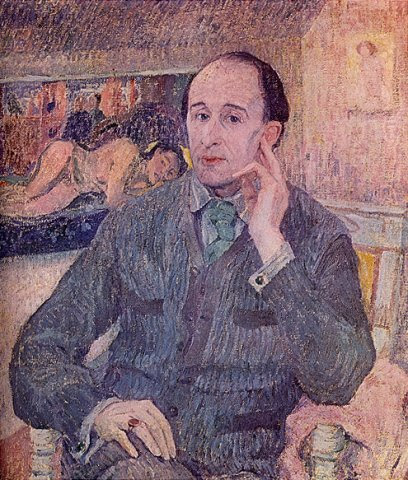 The Edinburgh International Festival trumps the BBC Proms with Frederick Delius A Mass of Life.  This year's Proms have been big on massed choirs and Masses and on Delius, but Edinburgh has pulled off perhaps the biggest of them all.  Performances are rare because Delius wrote for huge forces. Juliet Williams was there. Please see her full review in Opera Today.

After hearing Leonard Bernstein's execrable Mass, deeply offensive on every level, and James MacMillan's dull, but at least sincere  Credo, Delius's A Mass of Life is a far better experience. Indeed, its flaws make it more human. Which one could never say about Bernstein's self-indulgent ludicrousness. (Let's pray Nico Muhly doesn't even try.)  Tonight, another "real" Mass, Berlioz's Grand Messe des morts, also rarely performed.  Here is what Julie has written about Delius's Mass in Edinburgh :

"It is not often one thinks (The Usher Hall)  may be on the small side, but the piece opened with an effect which I can only describe as a 'wall of sound', a joyous blast surging out. This forceful opening broadens out into first an introductory recitative for male voice, with musical accompaniment of a sparkling character, calling to mind a brook running through a forest; and then a 'dance scene' to which all soloists contribute in turn, together with chorus. These, arguably the highlights of the performance, both strongly recall the soundworld of Mahler.

There is then a sudden shattering of the sunny mood, as night falls on this scene, and the hero cries, 'Woe is me' and confronts his own mortality. Here the change of mood was perhaps gradual rather than sudden, not quite having the dramatic tension which would have drawn out the change of mood with immediacy. The melancholy became much more apparent only later in this fourth scene, when in contemplating impending death, Zarathustra is tortured by visions of a spider spinning its web around his corpse." Please see her full review in Opera Today.