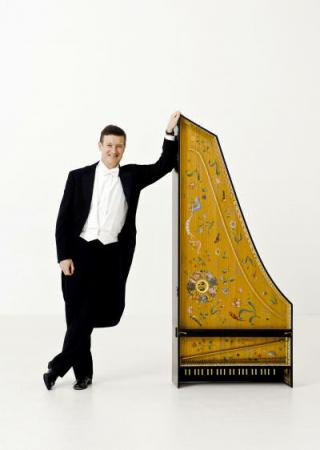 "Bach probably never intended the full Mass in B Minor to be performed, so it is tricky to talk about what forces he meant it to be performed by. But the Kyrie and Gloria certainly were sent by Bach to the Royal Court at Dresden (which was Roman Catholic), and these movements could be used in the Lutheran Church as well."

"So we are entitled to start postulating about what Bach intended. But performing the work in the Royal Albert Hall is entirely different again, a space far bigger than Bach could ever have conceived of being used for his work. So that whilst I was listening to the performance of Bach’s Mass in B Minor on Thursday 2 August at the BBC Proms, given by the English Concert conducted by Harry Bicket, inevitably I was thinking not only about the quality of performance, but about the decisions taken to realise the work in the space and how successful they were as well."
Read the full review (link above) which deals in depth with issues of period performance in a large performing space.