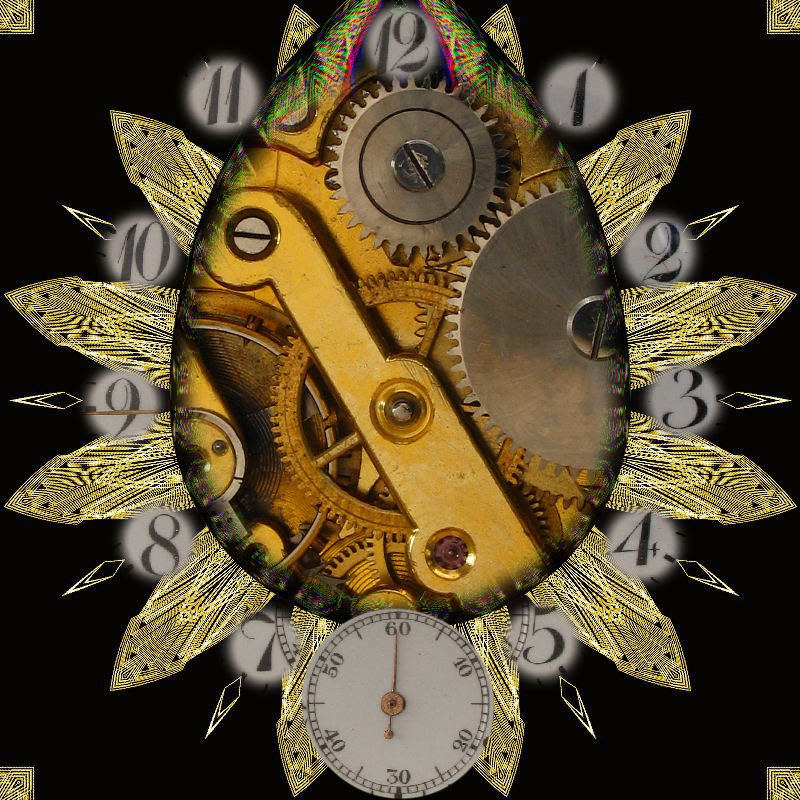 This Prom was also a challenge to creative thinking. No orchestra for Ligeti's Poème Symphonique, . Instead 100 metronomes furiously ticking away until their mechanisms run out of steam. Metronomes count time and tempo is a basic building block of music. Like Poème Electronique, it's an installation piece that breaks down rigid assumptions about how we process sound into music.

I've loved Luciano Berio's Sequenza V for years without knowing its background as it works fine as pure music. It's a study of breath control. The trombone emits tentative blips, then creates long, low lines that seem to probe into space. Trombones call to communicate. Byron Fulcher shows how his trombone can peak, sometimes like a moan, sometimes a long exhalation, probing space and reaching outwards. He's dressed as a clown, mocking the Victorian propriety of the Royal Albert Hall. But it's also a reference to a famous clown who lived near Luciano Berio when Berio was a boy. Berio liked humour because it was anti-authoritarian and broke down barriers.

Xenakis Phlegra  refers to the clash between the Gods of Greece and their predecessors, the Titans. Obviously it's not "pictorial" but a confrontation between jagged,  angular pulses and more complex emanations. Woodwinds, brass and percussion weave zigzags  around each other.. Gutsy, "wooden" sounds from the strings. A huge, elliptical emanation from the brass, then a strange blast that suddenly deflates. There's even a snatch of melody, a brief reprise before the piece speeds up maniacally, and ends with pulsating short signals, like transmissions from distant planets.

In Jonathan Harvey's  Mortuos plango, vivos voco, technology is the instrument. A boy's voice sings agains ta recording of  tolling cathedral bells. But the boy himself is now an adult. while his voice rermains that of a child, recorded when the piece was first created. Harvey is playing with time, for what we hear is both something frozen in the past and reconstituted  anew in performance.

Many of the themes in Prom 44 pulled together in Louis Andriessen's  De Snelheid (Velocity) (1984). Two identical groups (saxophone, brass, piano at the sides, flutes, harps, keyboards in the front and centre back what Andriessen calls "Buddha", woodblock percussion that operates as a giant metronome. Regular, unvarying pulse, but one which speeds up quicker and quicker until you can't count the beats. Any faster and the player might disintegrate. It's gloriously punchy and exuberant, but must be hell to play and keep together. The London Sinfonietta have Andriessen's idiom under their skins, so to speak, and have been playing him for years. André Ridder conducted, stylishly.

And then silence. Or not.  After 60 years, John Cage's notorious 4'33 still draws howls of rage from fundamentalists who don't think about what they listen to.  Cage makes us think about the art of listening, why and how we process what we hear around us. 4'33 is like a Cage Musicircus, where we're presented with layers of multiple stimuli. Every "performance" is unique, created by chance and happenstance. Unfortunately at the Proms everyone keeps reverently silent which defeats the purpose. But 4'33 is "music you can perform at home" at any time.  Indeed, in our 24/7 world of mass instant communication, ruled by technology, we need to heed Cage more than ever.

This Prom ended as performance art, volunteers texting randomly, like in an installation space. A cheeky concept!  But fun.