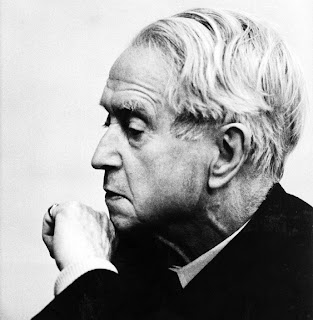 Herbert Howells Hymnus Paradisi is not a rarity. Indeed, it's considered by some to be his masterpiece, extremely well known to those interested in British choral tradition. Sowhat if it's new to the Proms?  Several recordings exist, Vernon Handley, David Hill, David Willcox and my personal favourite, Richard Hickox. So it's fitting that it was included in this Proms season with its sucession of spectacular choral extravangazas. Martyn Brabbins is a great champion of British music, but with huge experience of more contemporary music.  Brabbins conducted Howells and Elgar's Symphony No 1 with a fresh new perspective.

Hymnus Paradisi is an amalgam of private grief, public celebration and art for its own sake. Howell's only son Michael died suddenly, aged only 9. Any parent would be devastated: no one ever "gets over" such events. Howells worked through his grief with music. Hymnus Paradisi is no less than a rumination on the meaning of life and loss. As a young man, Howells was so sickly that he nearly died, and couldn't serve in the First World War, while so many of his healthy friends were killed or damaged.  The irony was not lost on him. When Howells wrote Hymnus Paradisi, he wasn't to know he'd live til 1983, but he knew his friend Ivor Gurney was incarcerated in a mental hospital, far from his beloved Gloucestershire hills. 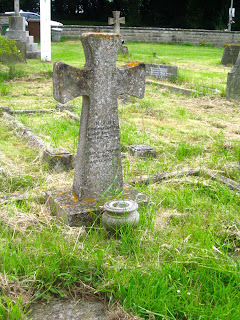 Unlike so many Requiems and memorial pieces, Hymnus Paradisi is deeply felt and deeply personal. Although Howells is writing for big orchestra and choir, the last thing you want in performance is insincerity. Brabbins's approach emphasizes the luminous qualities in this music: high, bright textures, always ascending, refusing to wallow in self indulgence. How quietly this Preludio began, suggesting, perhaps, lost innocence. Yet already, sudden, shining chords break through. The choirs enter in hushed tones, without breaking the reverie. Only when the soloist, Miah Persson, sings, do the choirs begin to reach greater volume. The organ enters, reminding us of the force of suffering. It's interesting how Howells works the different phrases in The Lord is my Shepherd, so they aren't full blast unison, maximizing instead the poignancy of the solo soprano line "I will lift up miine eyes". Quietly, the tenor (Andrew Kennedy) repeats "The Lord is my Shepherd". Parallel songs, parallel prayers, parallel lives. This interweaving is crucial, I think, to the meaning of the work, for it emphasizes the idea that those gone are neither alone nor lost. Only then do the choirs (BBC Chorus, London Philharmonic Choir) and the BBC SO reach full crescendo.

"I heard a voice from Heaven" sings Kennedy, alone. Again the interplay of voices is critical, for in a burial service, one person takes leave from those around him and  goes out on their own. But as Howells shows it's a journey into glorious eternal light. "Wonderful, wonderful" is the holy light which receives those who die, and offers comfort to those who believe. "Alleluja!". Hymnus Paradisi ends in a glowing halo. Eternal rest, eternal bliss.

I used to do an annual pilgrimage to Chosen Hill, where Ivor Gurney would stride ahead, Howells behind him, and then visit nearby Twigworth where Howells, Gurney and Michael are buried together. Photo by Jeffrey Carter (link here)  Arguably, Gurney was  by far the greater and more original composer (and poet), and I suspect Howells knew so too, which  makes Hymnus Paradisi so moving.  I loved Brabbins's Elgar First Symphony, tightly structured and lucid, but was so wiped out emotionally by his Howells that I had to listen again to the broadcast to appreciate how well Brabbins conducts Elgar.