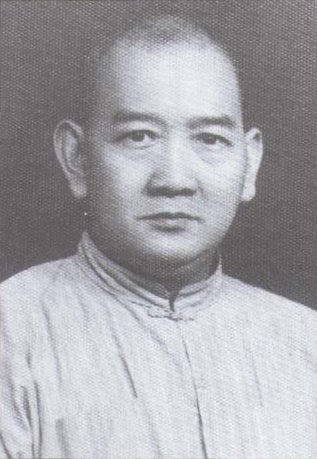 Wong Fei Hung 黃飛鴻傳 (1847-1924) was a Kung Fu master, from Foshan in Guangdong, centre of major kung fu traditions. In the west, people associate kung fu with fighting, gang wars, and Bruce Lee, but in China, kung fu "fighting" is just part of several streams of activity. Wong Fei Hung practised Chinese medicine, which is based on holistic theories. Herbal tinctures and teas are tools, but almost more so, the idea of body and mind harmony. Hence the connection between "fighting" and healing. The word "kung fu" means effort, disciple, dedication. Tai Chi is another manifestation,  also the Cantonese tea ceremony (which has become somewhat fetishized).

So here is an early Hong Kong movie about Wong Fei Hung, made in October 1949. Although kung fu movies were made from the earliest days of Chinese cinema back in the early days of the Republic, this one is extremely important, because it emphasizes the cultural context.. It was made with "kung fu" spirit. The director, Hu Peng (胡鵬), and his team wanted to make a record of Cantonese culture and values, not merely "entertainment". So the film starts with an amazing (and long) sequence showing a lion dance. Lion dances are still common today (and associated with kung fu schools) but this one is so detailed, it's worth studying as historical archive. A young apprentice comes to learn from Wong Fei hung, who explains that he's only the current teacher, himself the pupil of seefu gone before. Humility, not ego, is the path to learning.

Kung fu practioners also served a social and political function. The Shaolin monks honed their skills so they could do good for others. When the non-Chinese Qing conquered China, Shaolin was one of the covert forms of resistance. When the dynasty began falling apart, the tradition became even more prominent, especially in the Guangdong region, where many early revolutionaries connected to this renaissance in traditional culture. The idealism of Sun Yat Sen in some ways reflects this much older ethos. Sun practised western medicine and was a Christian, so he embodied the basic moral concept of healing and helping, in a "!modern" form. It's highly significant that many of his supporters  were Cantonese. In this film, Wong Fei Hung is asked to help a  merchant whose rival wants to scam him and steal his beautiful wife. The locals don't depend on police but the vigilante (and ethical) function of kung fu.

Wong Fei Hung (played by Kwan Tak-hing (關德興)(1915-1995) quietly sizes the situation up and solves the problem. The wife  is played by Lee Laan 李蘭, the first Miss Hong Kong in 1946. She acts extremely well - how beautifully the film depicts domestic life and virtues in 19th century Foshan. Some of Wong Fei Hung's men aren't so principled. One of them beats up a rival. Wong Fei Hung is furious "I taught you this power to protect yourself. I didn't teach you to cause trouble!"

This film ends with a scene in a brothel, where everyone's listening to  a "Dragon Boat Song". The singer is Chao Fei Fei, who's not a movie actor but a real traditional singer. This was an oral tradition, practised by itinerant musicians who worked in tea houses and private events, improvising songs about ordinary life and toipical current events, often with a satirical twist. (In the 1960's , Sun Ma Se Tsang recreated the style in modern form.)  This particular song is about a downtrodden prostitute who dreams of better things, a good summation of the early Republic period). This film is also one of the earliest surviving records of this type of singing, which no-one bothered to film, much less record or notate until Bell Yung's work in the 1970's.  By that time, the old school singers were working oin street corners, like beggars.. My classmate and I, in our teens, used to go to listen every time we could, but we didn't have the means to record "Hong Kong street Blues".

This particular film ends here, but cotinued to many parts, all directed by Hu Peng and his team, and starring the same cast led by Kwan Tak-hing, the last (I think of 10) in the late 1950's, after whcih Hu went onto direct more conventional swordplay films. There are dozens of  movies based on Wong Fei Hung, but these are unique as a historic archive because oif the care that went into making them authentic.  When Wong Fei Hung died in 1924, his family and followers moved on to Hong Kong. Cantonese martial arts, opera and film are all connected, in a way incomprehensible in the west. Indeed, these inytimates of the "real"Wong fei Hung were involved in the making of the early films. In this film, there are  many actors who go onto big careers as character stars, in non kung fu movies,  like Shek Yin (石堅) and Ma Siu Ying (馬笑英).

LOTS more on Cantonese culture, film and music on this site, please explore.