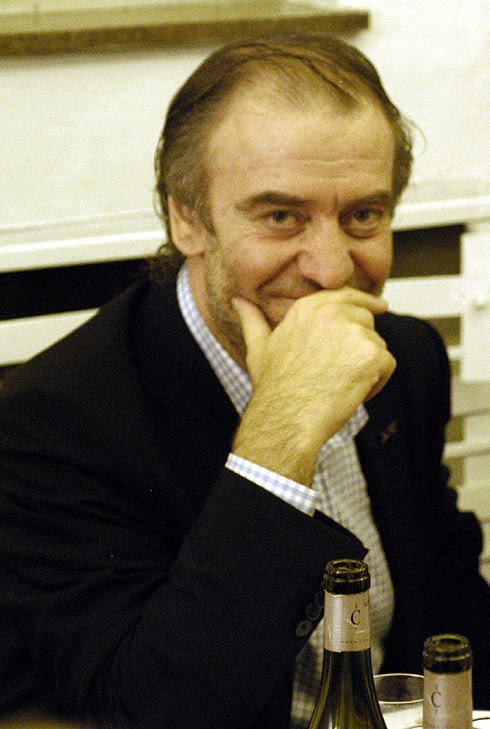 Valéry Gergiev's cycle of the Brahms symphonies for the Edinburgh International Festival has started at the Usher Hall., writes Juliet Williams. This opening performance included the first symphonies of both composers and Szymanowski's Violin Concerto, with popular Scottish soloist Nicola Beneditti. Ms Benedetti, who has the honour of performing  at this year's Last Night of the Proms, gave an electrifying performance which was in turn both muscular and tender. Her playing was perhaps the highlight of the evening.

This is an important cycle for two reasons. Firstly, the imaginative and adventurous pairing with a cycle of the major works of Szymanowski is part of a programme to reassess the importance of Szymanowski as the pre-eminent twentieth century Polish composer prior to the Second World War. It rightly features his virtuostic writing for piano, as well as the lush and exotic Third Symphony, subtitled, 'Song of the Night'. Together with the violin concerto performed last night, these give the listener a representative sample of the different periods of Szymanowski's varied and evolving output. iPad users can avail themselves of a new app giving information, excerpts and scores at www.karolszymanowski.pl.

August's events here in Edinburgh at the International Festival include a  strand looking at links and influences between Scotland and Poland, and these concerts are one of a series of events sponsored by the Adam Mickiewicz Institute, whose objective is to promote Polish culture internationally; later in the month, the Cleveland Orchestra's visit will feature Lutoslawski's orchestral works.

Secondly, the Brahms symphonies is one of the major orchestral cycles for a conductor, and it is interesting  that Gergiev is pairing it with Szymanowski. Brahms was often conscious in his writing that he followed in the footsteps of giants, but here it is the conductor who is in that position. In particular with the LSO, the footprints are those of Haitink, whose recording of Brahms with the LSO remains one of the pre-eminent ones. Gergiev is known for his excellence in the Russian repertoire and has scored well in new works such as the premiere of Sofia Gubaidulina's St John Passion, but the challenge here is  how he will approach a different repertoire and sound world, firmly at the heart of the Germanic classical and romantic tradition.

Last night suggested a promising start in this task, but the relatively introductory nature of the works programmed last night mean that the quality of his cycle can only be fully assessed  as it unfolds. The one-movement violin concerto, composed just after Szymanowski's Third Symphony, was the only fully mature work on the programme. This composer's First Symphony is in fact an incomplete fragment, disowned by the composer after only one performance and only revived posthumously. The two movements, both allegri although with differing rubrics, are important mainly in laying the basis of Szymanowksi's later development.

Brahms' First (published) Symphony, the C Minor of 1876, is a more substantial affair. Although conceived when Brahms was a young man, this symphony had a long gestation of over two decades, so the composer had more time to mature and distil his ideas. Brahms had much to overcome and develop, in particular the challenge of how, and perhaps even if, the post-Beethoven symphony should look and sound, as well as to integrate and respond to the influence of his early mentor Schumann, who had perhaps given an only-partial answer to the post-Beethoven symphonic challenge. He is still more finding his own voice than in his subsequent symphonies but very characteristic elements are well demonstrated in the enjoyable second movement. There was perhaps a rather brisk 'andante', almost impatient, but a very pleasing lyrical tone. Gergiev looked relaxed and brought  apparently effortless precision; calm control but not rigidity, perhaps reflecting the balance of emotion and precision found in Brahms' works.

The cycle continues in Edinburgh on a daily basis, tonight opening with the Tragic Overture and then continuing with the second symphonies respectively of each composer. The highlight is set to be on Saturday, when Brahms' delightful Third Symphony is paired the the sensual 'Song of the Night'. Come back here for updates as the cycle progresses.

This major cycle will be repeated in the 2012-13 London season, opening over the weekend of 22-23 September, when there is also between the first two performances, on Sunday 23rd September, a  Discovery Day devoted to Szymanowski at the Barbican Centre:. There is also European touring, further details on the orchestra's own website.

Gergiev has an energetic schedule, this cycle closes on Sunday and he then appears again on Tuesday to conduct Prokofiev's Cinderella, but this time at the Proms. As a former opera conductor who excels in Russian repertoire, this has him on home ground and promises well. Nicola Benedetti will play Bruch's first Violin Concerto at the Last Night of the Proms, her third appearance at this year's BBC Proms.

There's lots on Szymanowski on this site, especially his Symphony no 3. Use the search labels or search box.