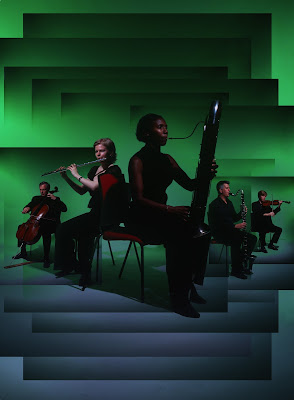 When the Birmingham Contemporary Music Group visits the BBC Proms it's a big occasion. While the London Sinfonietta holds a hallowed place, the BCMG advantage is that it works closely with the best British composers. (photo left c Chris Nash)

Beneath Oliver Knussen's quirky playfulness lies an extremely original mind. Knussen's creativity takes on so many forms that's it's meant he doesn't compose as much as he should. On Saturday 25/8 (Prom 56), Knussen conducts his Third Symphony. It's a seminal work, from which many other pieces evolve. Read more HERE.  Ophelia's Last Dance is a 2010 outgrowth from the ideas in the symphony. In Shakepeare, Ophelia dances and sings mad songs in her distress. This time Ophelia is alone, no orchestra around her. Huw Watkins (himself a major composer) plays the twists and angles with elegance. Even in her madness, Ophelia is graceful. Aphoristic as it is. Ophelia's Last Dance creates a strong emotional impact, particularly after the 1974 Ophelia Dances. Knusssen has come a long way, but the core of his sensibility remains undimmed.

Just as Knussen links past to present, Alexander Goehr's .... a musical offering (JSB) 1985....  ruminates on J S Bach, presenting a musical offering from a 1985 perspective. Goehr's filigree tracery charms though it's not a major contribution to the canon. And why should it be? There's plenty of room for creative whimsy in music, as Knussen so often demonstrates. 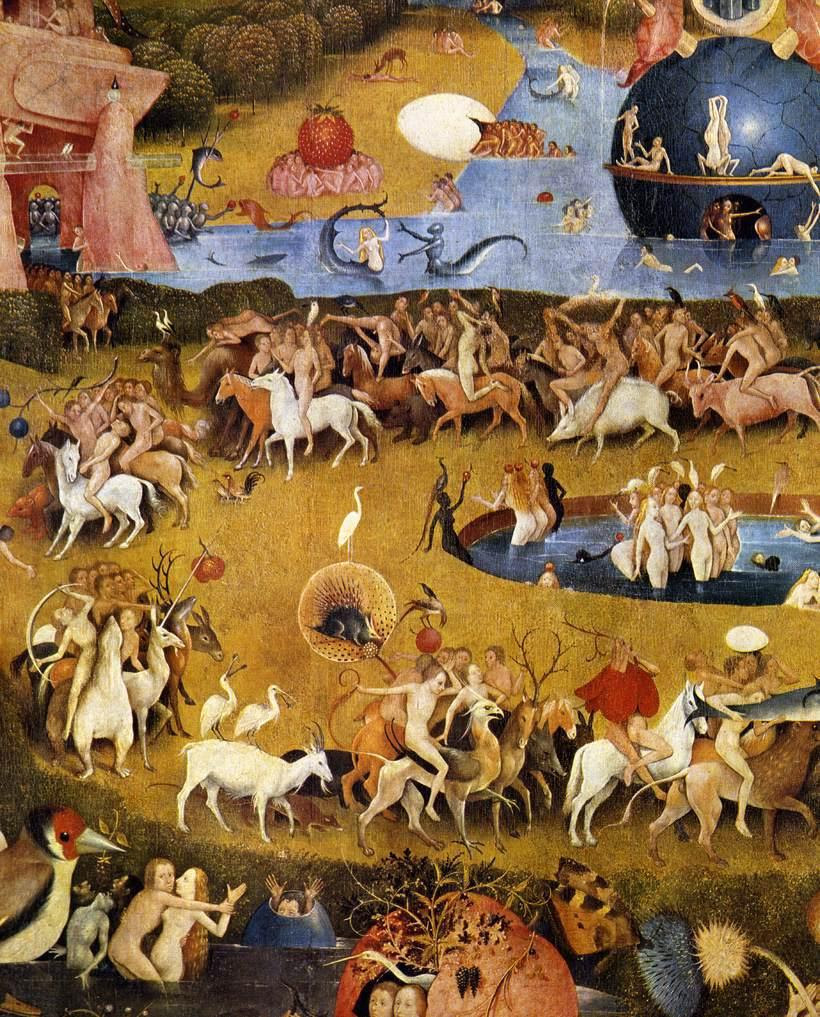 More problematic was Simon Bainbridge's The Garden of Earthly Delights, a BBC Commission receiving its world premiere. One of Bainbridge's great strengths is that he writes music which feels rooted in space and visual stimuli (read more about him by following the label below). The Garden of Earthly Delights takes its inspiration from Hieronymus Bosch's triptych of the same name.  Bainbridge has a thing for triptychs and their formal structure, and his sensitivity to multiple layers generates very interesting musical writing indeed, deftly conducted by Nicholas Collon.

Unfortunately, Bainbridge's music is saddled with spoken text. What is this prolix babble, ostentatiously delivered? Maybe it purports to show Bosch's fractured psyche,  but its false bucolic pretentiousness doesn't reflect the fundamental dignity of Bosch's vision.  It also bears little relation to Bainbridge's music. Hopefully the piece will be revised drastically because there's enough interest to satisfy in the music and sung parts (well defined by Andrew Watts,  Lucy Schaufer and the Sinfonietta Voices). Like Ophelia, Bosch may have been mad by some standards, but his madness generated art, not stupidity.