Britten Phaedra at the Proms 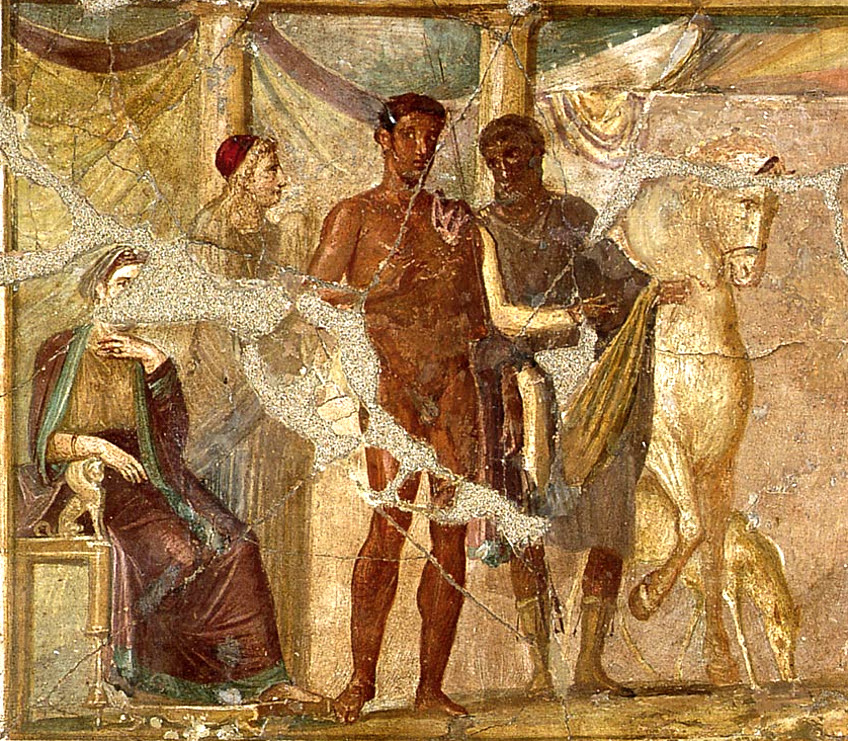 This afternoon, Proms Saturday Matinee 2 at the Cadogan Hall: Britten Holst, Berkeley and Tippett with Sarah Connolly and the Britten Sinfonia.  It's an interesting programme. Britten's Phaedra will be the highlight, especially after Connolly's Phédre in Rameau Hippolyte et Aricie at Glyndebourne (review here)

Percussion and harpsichord? The timpani and metallic instruments add a raw edge, militaristic perhaps, or maybe ceremonial. Phaedra, after all, is a queen and she takes her regal responsibilities seriously. Britten's cycle feels like state treason (which of course it is). Against the grim percussion, the harpsichord struggles, the thinness of its tone perfectly portrays Phaedra's vulnerability. Harpsichords are percussion instruments too, and Britten makes no pretence at writing anything harmonic or baroque.

Britten's nine songs evolve like tableaux, each a stage in Phaedra's journey from her wedding day to her death. Phaedra's feelings are not love, but a curse. "I faced my flaming executioner Aprodite, my mother's murderer". Phaedra's mother was Pasiphaë, who slept with the bull and died giving birth to The Minotaur. Britten sets the vocal part in a combination of long, soaring arcs and short staccato interspersed with tense silence. "I could not breath or speak", she sings , describing the compulsion that overwhelms her. She rasps, "Love. Love. Love" heavy and hollow like ostinato, against wildly turbulent, twisting discords, marked by high, screaming strings. "Alone" she suddenly shouts : no adornment, no softening. Indeed, by this stage words are bursting out almost randomly, without any attempt to civilize feelings into conventional form.

"Death to the unhappy is no catastrophe" she intones. At last the strings rise in a sort of elegaic anthem, almost recognizably melodic, but quickly surge into a whirring, rushing torrent. "Chills already dark along by boiling veins" Phaedra faces death heroically. In the end, a solo cello plays a sweet, lyrical passage : Phaedra is no more.