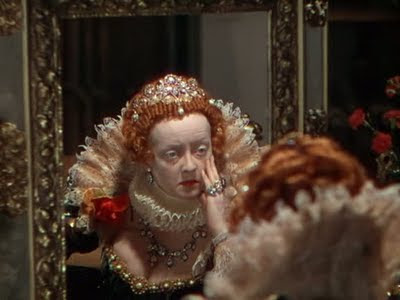 Prom31 on the theme of Queens: Walton, Rubbra, Bruch and Korngold's only symphony. John Storgårds conducted the BBC Philharmonic.

Korngold's Symphony in F sharp major was completed in 1952, having germinated over a period of five years. Ostensibly it was dedicated to the memory of President Roosevelt, but there's little in the music that would really suggest that. Far stronger though is the connection with Korngold's career in film. Korngold's symphony doesn't sound like a symphony despite ts formal structure. It's so dramatic that it sounds like music for the grandest, most dramatic film imaginable.  Until fairly recently, film music wasn't considered to be as serious as formal classical music, although most composers wrote for film, including Hanns Eisler, who was in so many ways Korngold's mirror opposite. Movie music is nothing to be ashamed about unless it's bad (and much of it is) but Korngold was highly original.

The first movement is jagged and angular, stabbing string, mysterious winds, turbulent "winds and sails" that remind us of Seahawk, Sea Wolf and Robin Hood, and specifically with The Private Lives of Elizabeth and Essex (1939) which starred Bette Davis (pictured) and Errol Flynn, for whom Korngold was to write some of his finest work. Elizabeth was growing old, terrified of losing her chance of love, but she has Essex executed because it is her duty. It's true film noir, despite the gaudy costumes. In the Adagio, we move to quieter scenes, where we pay attention to fine details, just as we might observe in a film. This movement has been described in programmatic terms suggesting references to Bruckner and Roosevelt, but strictly speaking thus is not relevant. It stands on its own perfectly well as echt Korngold. And there's a "happy ending". The long finale is expansive, extended lines suggesting vast horizons, leading away from the turbulence that has passed. It's glorious. Storgårds gave it an incisive, inspired performance that did justice to the drama in the score. Interestingly, Storgårds has extensive experience in contemporary music.There are many forms of "modern" music. The myth that everything is pro or contra Schoenberg is nonsense.

Elizabeth fell in love with Essex because he was a flatterer. But she was too good a queen to let him turn her head. Bear that clearly in mind when listening to Walton's March "Orb and Sceptre", and to Edmund Rubbra's Ode to the Queen, both written for the coronation of Elizabeth II. Walton's piece is facile, hardly his most serious work. Rubbra's Ode is more ambitious with three movements on a grand scale, designed to be a showpiece. Years ago Susan Bickley recorded it with Richard Hickox. She gave a good performance, but still not quite enough to rescue it from its self-conscious lack of spirit. When Rubbra's music was fashionable a few years ago someone described it as being "like brown linoleum". Rubbra died only 27 years ago but his music was dated even when it was new. Perhaps our present Queen Elizabeth was as sharp as her predecessor. Instead of commissioning a composer from the established Old Guard, the honour went to Benjamin Britten. Gloriana operates on two levels, first as a retelling of the story of Elizabeth and Essex and more pointedly as a satire of sycophancy and falsehood. (read more here) The Establishment just couldn't get it. Britten wasn't mocking the Queen but paying her the  compliment by suggesting she, too,  was smart enough to see through bluff.

Vilde Frang played Bruch's lovely Violin Concerto no 1. I enjoyed it a lot but I'll leave it to violin people to write about.