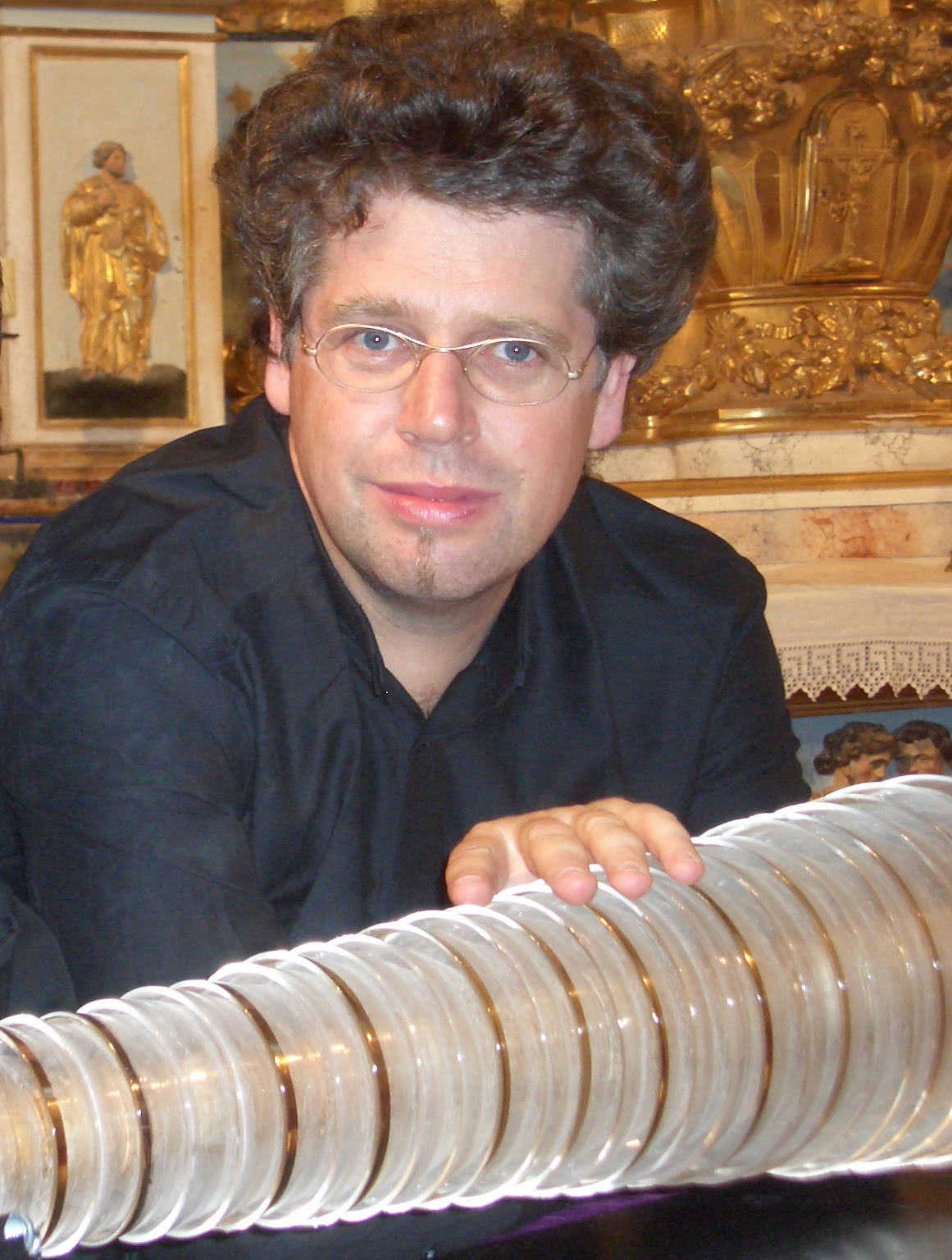 The Hebrides Ensemble's EIF recital today combined the playing of  established repertoire with pleasing lightness, such as the excellent account today of Mozart's Oboe Quartet K 370; with characteristic boldness of choice of new and innovative works. Capturing the Festival mood, this performance involved ritual hand washing, a delay whilst the flautist adjusted his face mask...... and an instrument created by a US statesman.

Joining the Ensemble was Thomas Bloch, a rare instrument specialist who demonstrated the glass harmonica – a period instrument and a novel addition, being created in the seventeenth century in its present form, although taking inspiration from timeless techniques such as Tibetan singing bowls, or using glass containers of varying sizes to make tuned sounds. It has the distinction of being created by American politician and polymath, Benjamin Franklin. It consists of 20 to 54 blown crystal or quartz bowls  fitted concentrically onto a rotating rod controlled by a pedal reminiscent of a treadle sewing machine. Sound is created by the player rubbing their wetted fingers on the edges of these.

Mozart, with the encouragement of his father, took an interest in this instrument after hearing it performed by a blind musician, Marianne Davies, who specialised in its use, being introduced by her opera-singer sister whilst he was rehearsing Idomineo. He went on to create the short solo work  Adagio K356/617a for it, which today gave an excellent showcase for the instruments distinctive and subtle sound; and an Adagio and Rondo K617 which includes it amongst a chamber ensemble with flute, oboe, violin and cello. Also performed was an arrangement by New Zealander Lyell Creswell of the Fantasia K594, originally composed to include a tuned mechanical clock, but here scored for glass harmonica, flute, oboe and violin.

Hearing the glass harmonica, it is hard not to think of the Ondes Martinot, which Bloch, a pupil of Loriot, also plays. Both were of their time new and innovative and create distinctive sounds, but have not sustained a lasting role in the orchestral cannon.

Also perhaps somewhat of its time is the work which closed the concert, George Crumb's Vox Balaenae. It's one of a number of works created around 1970, shortly after biologist Roger Payne discovered the communication of whales by sound, and recorded this in 1967  – to the inspiration of musicians working across a wide range of genres. One example being American-Amernian Alan Hovhaness , who incorporated whale song recordings into a work for large orchestra, '…....And God Created Whales'. Here in the UK, one thinks inevitably of John Taverner's The Whale, which the London Sinfonietta was formed to play. Happily, the Sinfonietta has gone from strength to strength, and has gone on to play and commission many other works.

One link between Mozart, whose music opened the concert and provided much of its concert, and Crumb, whose music closed it, is that both wrote 'Nightmusic'. Crumb's second Nightmusic, also titled 'Four Nocturnes' is a series of delicate miniatures for violin and piano, both being asked to use considerably extended techniques,with a 'prevailing sense of 'suspension in time'. Performed to close the first half, they provided a  refreshing contrast to the earlier works in the programme, and a broader view of the wide output of George Crumb, from whom we heard more later (see above). The playing was as pleasing as it was virtuostic, and this although short was one of the highlights of the programme for me. The other outstanding contribution I would pick out was the oboe playing of the opening work.

The concert was broadcast live on BBC Radio Three and remains listenable for the next seven days. Tomorrow morning's recital from the Queen's Hall in Edinburgh is from the Arditti Quartet and is also broadcast live.  Look out for coverage here too.