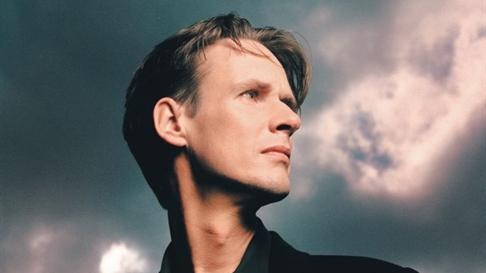 Rebels at the BBC Proms? In Prom 51, Daniel Harding conducted Tippett, Britten and Elgar with the LSO and Ian Bostridge. British greats, yes. But nothing Establishment.The Fanfare from Tippett's The Mask of Time might have heralded a conventionally stolid celebration of British music, but Harding drew out the "secret" background. This time, the Fanfare blasted us back to 1939, and the Concerto for Double String Orchestra. Context matters, for England was on the verge of war. Tippett, being politically aware could hardly have been confident or cheerful.  In the Concerto, Tippett builds conflict, pitting the two parts of the orchestra against each other and creates a sense of divisiveness by combining themes that seem loosely connected. Free of slogans and earnest wordiness, he expresses himself more effectively through abstract music. The Concerto works in purely musical terms because it isn't elevated agit prop (though that can make great music too). Its angular, jagged edges engage us in self doubt and contradiction. Prince Charles might find it all a bit too "modern" but this is Tippett at his best.

Benjamin Britten's Les Illuminations also starts with a Fanfare, but the strings are jerky and nervous, crackling with tension.  Les Illuminations was also written on the verge of war, when Britten was in despair about the future of Europe and his own future as a composer who wanted to create something new and original but hadn't quite found his mission. Although the text is in French, it is a mistake to assume that Les Illuminations is French music or that it must be performed in a French style.

It's vital, in performance, to appreciate what Britten (whose command of French was poor) was trying to do. Rimbaud's poems are short outbursts of feverish emotion. The imagery is highly condensed  meaning elusive. You can almost feel Rimbaud hyperventilating. Having escaped the bourgeois confines of provincial France, Rimbaud was intoxicated by London and its frantic sense of modernity but he was desperately poor. He completed Les Illuminations while working in a garrett in Reading, trying to scrape a living. Britten respects the almost kaleidoscopic fragmentation of ideas  by breaking words up into individual sounds, then elides lines into dizzying freefall. The last thing you want is "conversational". Bostridge captures the sense of surreal, almost hysterical psychic dislocation, so fundamental to interpretation. Again and again, the phrase ""J'ai seul la clef de cette parade sauvage!" explodes  as ecstatic revelation, but each time with slightly different colouring. Perhaps there is no "key" other than the immediacy of the moment.

"Tourillons, tourillons", turbulent, sudden switches of timbre and pace. Bostridge draws out the extreme in the music, reaching ethereally high pitches, growling along low passages, colouring sounds with sensual nuance. The piece was originally performed by a soprano, perhaps because the deepest levels in the piece might have been too hard to cope with in Britten's buttoned-up Britain.. Bostridge brings out the profound danger in the piece, twisting his tongue and projecting sound as if savouring some mind-altering potion, enjoying the delicious challenge of things unknown. Perhaps the violin solo functions as the snake offering an apple in Eden? Bostridge and Harding have been doing Britten together for years, developing a singularly original and very perceptive approach. Their recording of Our Hunting Fathers is absolutely brilliant, as is their Billy Budd. (more here). Perhaps some might prefer their Britten sweeter and prettier, but for me Britten's music can't really be performed by "ordinary" tenors. Imagine Placido Domingo!

Elgar's Symphony no 2 (1911)  is stylistically so adventurous, (for its time and place) that one wonders if the composer might have felt he was entering new territory he might not want to examine too closely, rather like Sibelius on the completion of his last great works. Harding emphasizes the clarity with which Elgar contrasts divergent themes. We hear the familiar "warm" Elgar confidence, but also a more subtle sense of unease, in the best and most creative sense of the word. Without a degree of soul searching and questioning, can good art exist? Elgar, despite his worldly honours and clubbability, was essentially an "outsider" as all true artists are on some level.  Listen to the whole broadcast HERE.  And for an exceptionally well informed and well written review of this Prom, read Claire Seymour in Opera Today.