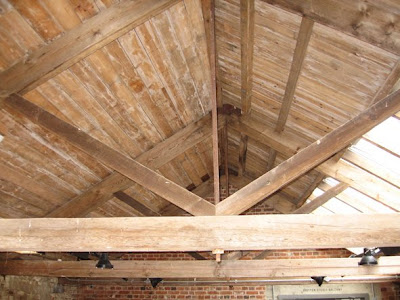 With Benjamin Britten's 100th birthday coming up on 22nd November, there's so much happening that it's time to prepare a battle plan  to get the best concerts at the best prices (if you haven't done so already).

The South Bank's Britten weekend starts 28/9. Cabaret Songs, Noyes's Fludde, talks and a screening of Wes Andersen's 2012 comedy Moonrise Kingdom, which reflects Britten's genuine interest in community music. The whole weekend will only set you back £25. The price doesn't include  Peter Grimes, which for many will be the highlight. In fact if you go into the website via "Britten celebrations" you'll have a hard time finding the opera, which may or may not reflect the South Bank management's interest in music.

The big draw for this Peter Grimes will be Stuart Skelton. Tradition has it that Peter Grimeses should be stolid and inarticulate, but Skelton's voice is more agile and colourful than many who have done the part, and supports the theory that Grimes could be interpreted in new ways. Grimes is an extremely complex man, a victim of circumstances as much as brute. Perhaps he's a thwarted intellectual. This affects the interpretation of Ellen Orfotrd, too: someone from the educated classes who turns inwards in a hardbitten Borough. I'm really looking forward to hearing Vladimir Jurowski conduct the LPO, because he doesn't do lumpen, and might bring out the Russian soul in Peter Grimes. Jurowski also conducts the War Requiem at the Royal Festival Hall on 12/10 with outstanding soloists: Ian Bostridge, Matthias Goerne and Tatiana Monogarova.

Aldeburgh still isn't - yet - a tourist trap for the "Britten experience" though the Britten Industry will probably put paid to that, though Britten would roll in his grave at the desecration. But anyone seriously into Britten does need to go there at least once to understand the landscape and the sea. Aldeburgh Music is doing Albert Herring from 19/11. There will be numerous Albert Herrings around the country as it's a relatively easy opera to put on, but Aldeburgh is its "home", and where it was conducted by Britten himself inn the dark days of austerity Britain.  Two years ago, they did an "authentic" revival of the original at the cramped Jubilee Hall, complete with home-made cakes and home made filming. This time, we get Snape Maltings. .

Aldeburgh, thankfully, celebrates Britten all year round and in many ways so it doesn't need to overcompensate. A Britten chamber music series is just concluding. On the Birthday itself, Oliver Knussen will conduct the BBCSO and choristers from Norwich in a concert featuring Cantata Academica; Four Sea Interludes & Passacaglia; Spring Symphony and a new work by Ryan Wigglesworth. This is actually much more in the true Britten spirit than the glitz and hype there might be elsewhere. With luck, we'll hear this concert on BBC Radio 3 which is devoting a week to Britten on an unprecedented level.

Death in Venice will be staged at Aldeburgh, part of the Opera North Festival of Britten series, which has started in Leeds with Peter Grimes and ends on 222/11 with A Midsummers Night's Dream. Death in Venice will be the highlight, because it's the superlative Yoshi Oida production, which I saw at its UK premiere at Aldeburgh in 2008 (more here), so I'll be catching it at Aldeburgh on 1st November. This production is exceptional and not at all "comfortable" or commercialized.

Glyndebourne Touring Opera will be doing The Rape of Lucretia from October 22nd. I'll be at Glyndebourne itself for this, because that's where the opera was first performed, in 1946. There's an archive of materials on display somewhere at Glyndebourne. This is a new production, with a very good cast indeed: Allan Clayton, Kate Valentine, David Soar, Duncan Rock and Claudia Huckle. Will we get to see "more" of Duncan, as we did when Maltman did the part at Aldeburgh a dozen years ago?

The Barbican's Britten celebration starts 8/11 with Ian Bostridge. He's singing Our Hunting Fathers, which he recorded in 1998. Although Britten wrote it, like Les Illuminations, for soprano, it sounds radically different with a man's voice, especially with a voice as unique as Bostridge's.  In the 1930's Britten himself might not have dared dream of such a haunting, dangerous performance.  The softness of a woman's singing would have made the piece less threatening. Bostridge, however, shows how Our Hunting Fathers is a masterpiece way ahead of its time, as violent a work of protest as he ever wrote.

On 14-16/11 Bostridge is also singing the Madwoman in Curlew River, a role Pears felt uncomfortable doing, but which I think Bostridge will do well. It's a production by Netia Jones, so should be suitably austere and intelligent. Good cast, and the Britten Sinfonia plays. Mark Padmore sings the Serenade for Tenor, Horn and Strings on 24/11 and Steuart Bedford conducts the BBCSO in a concert staging of Albert Herring (no cakes) on 23/11. There'll be a dance presentation of Phaedra in the Barbican Theatre. There is a series of talks, but very expensive for what it is. Much more interesting, however will be the War Requiem, organized by the Barbican but held at the Royal Albert Hall, which should add tremendously to the sense of occasion. On 10/11 it's timed to coincide with Remembrance Day. Semyon Bychkov conducts the BBCSO. On Britten's birthday itself, the Sixteen will sing Britten choral works.

At the Wigmore Hall, the Prince's Consort will be doing the Canticles on 22/11. In Oxford, the Oxford Lieder Festival will be doing an extended Britten weekend. It's unique. Britten revived the countertenor voice for modern repertoire. James Bowman, who worked with Britten himself, will be giving a masterclass and recital/talk. Red Letter Day for every countertenor in the country. Lots of other Britten events in Oxford too.
at September 19, 2013