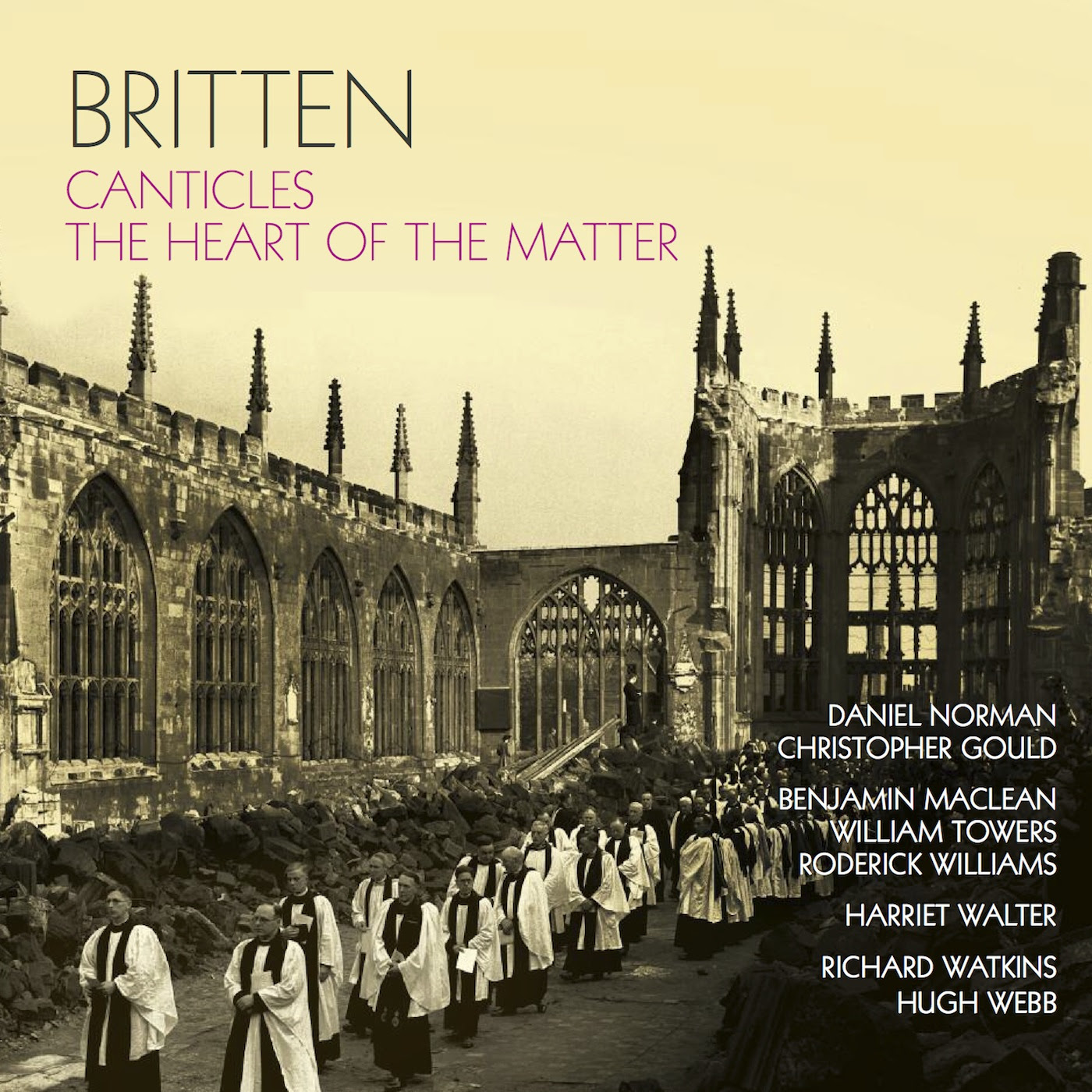 New from Stone Records, a recording of Benjamin Britten's Canticles. This release is  a valuable addition to the Britten discography because it resembles a concert given at Aldeburgh in 1956, entitled "The Heart of the Matter". At this stage, only three Canticles had been written, so the recital showcased Canticle III,  Still Falls the Rain, then a "new" work, written the previous year.Thus the recital included readings by Edith Sitwell herself, of other poems in her collection. For the occasion, Britten wrote extra music, which until now has rarely been heard.

The new recording begins with Canticle I (My beloved is  Mine) from 1947 and Canticle II (Abraham and Isaac) from 1952. Then we hear the Prologue Britten wrote for the 1956 recital, "Where are the seeds of the Universal Fire", followed by a reading of Sitwell's poem The earth of my heart was broken and gaped low. A short song follows, "We are the darkness in the heat of the day", then another reading before the highlight, Canticle III. A further reading "I see Christ's wounds weep in the Rose on the Wall" reinforces the imagery in Still Falls the Rain. The collection concludes with an Epilogue which Britten based on the verse "So out of the dark". The disc concludes with Canticles IV and V.

The three extra pieces Britten wrote for this set aren't particularly distinguished, more incidental music than music that might stand on its own, but we need to know them to enhance our understanding, particularly of the period in which Still Falls the Rain was set.  Of the five Canticles, it is the only one to a text by Sitwell.  It is a great pity, then, that the booklet notes don't tell us much about the context and read more like a generalized description of the Canticles, which are by no means a unified cycle. They were written over nearly 30 years, and, as  Roger Vignoles has written, they can be interpreted as distinct stages in the evolution of Britten's output. Vignoles's article, in Britten's Century (ed. Mark Bostridge) is so perceptive that it's worth the price of the book alone.  By making this recording, Stone Records has contributed greatly to our appreciation of Canticle III but the booklet notes are a lost opportunity to extend our knowledge of the background.

Performances are generally of a very high standard, as one would expect with soloists of the calibre of Richard Watkins and Hugh Webb, Roderick Williams, William Towers and Christopher Gould. But for Britten, the tenor voice dominates above all else. Daniel Norman is good enough, though some of Britten's more elaborate ululations are a challenge. But when we think back to 1956, we can hear the kind of innocence and simplicity that would have sounded well. Benjamin Maclean, the treble, is delightful.
at September 27, 2013