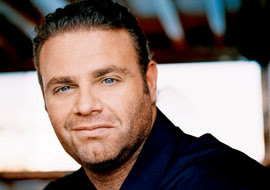 Joseph Calleja, perennial favourite, made BBC Prom 72 one of the hottest tickets in the whole 2013 season. And how he delivered, gorgeously ! But this week's furore about Vasily Petrenko's views on women will shift emphasis in the press to the conductor, Xian Zhang. More about her below, but first, Calleja and his singing. .

Calleja's voice glowed with richness, enhanced by his intuitive, natural gift for drama.  Interesting repertoire, too. "O dolore ! Ed io vivea" from Attila, where he shaped the legato so smoothly he made it sound easy. Wonderfully judged crescendi at the end. Then, "À toi que j'ai chérie" from Les vêpres siciliennes. Calleja's so thoroughly Italianate that  it was hard to tell he was singing in French, but he conveyed meaning clearly enough. Although the Italian version of the opera is well known, this was a reminder of why any true Verdian will want to hear it in the original French and performed in idiomatic French style. This October, the Royal Opera House is presenting Les vêpres siciliennes. with a superlative cast, headed by Bryan Hymel. Calleja and Hymel have very different voices, but Hymel has no equal for the clarion purity of his idiomatic French.

Calleja was back at his best with 'O inferno! ... Sento avvampar nell'anima'  from Simon Boccanegra and 'O fede negar potessi' from Luisa Miller.After these stunning arias, he could relax a bit and let Verdi do the work. Everyone, but everyone, loves La donna è mobile, and Calleja sang it with a flourish. This was a BBC Prom. This time, we didn't need the callous menace with which the Duke of Mantua tosses the song off in the context of the opera. It was enough that we were in the presence of Calleja, in glorious form. 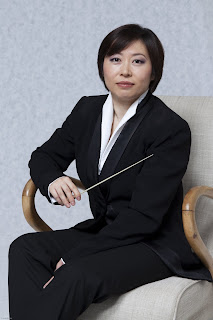 Xian Zhang conducted the Orchestra Sinfonica di Milano Giuseppe Verdi (Laverdi). Despite its name and home town, it's not, strictly speaking, an opera orchestra. Founded in 1993, its repertoire is broad and wide ranging. Xian Zhang conducted La Bohème at the ENO in London in 2007 with mixed results (review here) but  five years on, she seems more assured. The Overture to La forza del destino has great dramatic impact, for that's the nature of the piece. The 'Triumphal March' from Aida was less triumphant, rather too polite and restrained. But at the Proms, we don't need to be reminded of the barbarism with which the Egyptians conquered their enemies.

The real challenge came with Tchaikovsky's Manfred Symphony. It's a huge beast, nearly an hour long, full of extremes. It was inspired by Byron's poem Manfred which tells of a hero confronting supernatural demonic forces in a cosmic struggle that takes place in the Alps. In Byron's time, the Alps symbolized danger, the vastness of nature dwarfing humankind. Schumann's Manfred is Romantic in the true, wild Germanic sense. Tchaikovsky, however. was Russian and a man of the ballet, so it's important to stress the more lyrical side of the symphony as Zhang does. Refined string playing, suggesting mists perhaps, or the babbling of mountain springs? Her attention to detail allowed us to appreciate the vernal elements in the score - woodwinds like birdsong - that make the second movement so magical.

In the third movement, she defined the dances with vigour: mountain folk are made of tough stuff, and so, too, I suspect is Xian Zhang. So the Allegro con fuoco was appropriately bizarre, sounds crashing against each other as if the earth itself was imploding,"fire" pouring forth from the rapid rivulets of sound.  The finale was grand indeed, the organ heralding a new, uplifting mood.

It's very ironic that Zhang should have conducted Tchaikovsky's Manfred at her Proms debut. Guess who conducted it in 2010? Vasily Petrenko! That performance was exceptionally vivid. Good as she is, Zhang isn't quite that good, but it's NOT because she's a woman. Conductors are different because they're individuals. They're not defined by their anatomy. All this fuss about female conductors is irrelevant. We shouldn't be making a fuss of Zhang because she's a woman. That would be demeaning. We should be making a fuss of her because she's good. Maybe not mega world class, let's not get carried away, but good. Watch the TV broadcast on BBCTV4 so you can see the interaction between the orchestra and conductor. None of the players seem distracted by "erotic" thoughts. They are musicians, their minds are on the music.