Thomas Hampson "lives" Mahler. He's the greatest Mahler singer of our time, and a serious Mahler scholar as well. You could almost say that what Hampson doesn't know about Mahler might not be worth knowing, but he still finds something fresh and new. So, even after all these years, it was good to hear Hampson and Wolfram Rieger perform Mahler at the Wigmore Hall.

Hampson and long-term collaborator Rieger began at the beginning, with some of Mahler's earliest songs such as Scheiden und Meiden and Aus! Aus! from around 1888. They are significant because they represent Mahler's earliest engagement with Des Knaben Wunderhorn, the collection of folk-derived poems published by Achim von Arnim and Clemens Brentano in 1806/8.  Their appeal to Mahler is obvious. He grew up in a small town with a military garrison. From childhood, he would have recognized the sound of marches and military bands and connected emotionally to the lives of soldiers, and to the simple townsfolk and huntsmen around him. Death was no stranger to Mahler even as a child. Indeed, his fascination with marches, funeral marches and resurrection stemmed from very deep sources in his psyche 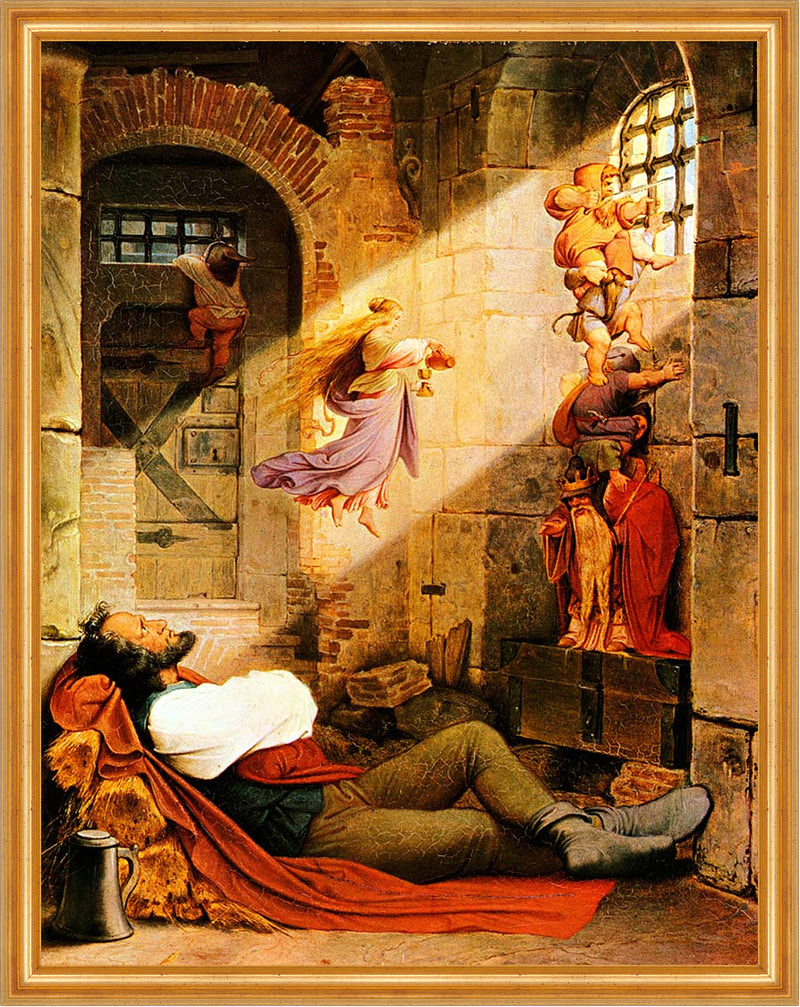 Hampson has spoken out against war and gave a remarkable recital in which the Wunderhorn songs were perceptively presented by theme rather than as they appear in publication. Hampson called the Wunderhorn songs "negative love songs" for their protagonists retain sturdy defiance in adverse situations. Lied des Verfolgten im Turm (1898) refers to the picture by Moritz von Schwind. A man is imprisoned in a tower. Meanwhile a row of elves are busily trying to saw down the bars on the window to help him escape. "Gedanken sind Frei", Hampson cries. Thoughts are free. As long as we can dream, we cannot be suppressed. Even now, that's a revolutionary concept.

Zu Strassburg auf der Schanz, with its march rhythm just slightly off-beat, resolves in an evocation of trumpets and drums. The symphonist in Mahler was never far away, even when he was writing piano song. Revelge, that most nightmarish of songs is a masterpiece. If Hampson's voice wasn't, on this occasion, as rich and fluid as it can be, Rieger's playing was manic, horrific. Rieger's staccato ripped like a volley of machine-gun fire. As Hampson notes, the music evokes"Drang", the Grim Reaper gone mad. With our modern ears, it's like a forewarning of the slaughter of the trenches, and worse.."Tralali, tralaley, tralalera" is no lullaby here, but a bitter protest.

Although Alma would ridicule Alexander von Zemlinsky in her memoirs, the truth is more complex.  Zemlinsky knew Alma's songs years before they reached publication. Even though he was infatuated, he told her that her music was, like herself, "a warm, feminine sensitive opening but then of doodles, flourishes, unstylish passage work. Olbrich [a publisher] should have your songs performed by an artiste from the Barnum and Bailey (circus) company, wearing the customary black tails, and on his head, a dunce's cap". It is significant that Alma's songs are orchestrated frequently by other composers, who want them to be more than they are.

The connections between Mahler, Zemlinsky, Strauss, Dehmel, Schoenberg and Webern are so well known they don't need explanation. Hampson sang Zemlinksy's Enbeitung, Alma's Die stille Nacht.and three settings of Dehmel, two by Webern (Aufblick and Tief von fern, both 1901-4) and one by Strauss (Befreit, op 39/4 1898). In Befreit, the round vowel sounds resonated with warmth. "O Glück !" he sang, rising to a glowing crescendo. His family and friends were in the audience. Hampson's feelings were touchingly sincere, though the poem itself is more equivocal.

The highlight of the evening was Schoenberg's Erwartung op 2/1 1899), which pre-dates the monodrama op 17 (1909), and even Schoenberg's meeting with Marie Pappenheim. The dedicatee was Zemlinsky, and the text by Richard Dehmel. It's a cryptic poem where images are reversed. "Aus der meergrünen Tieche....schient der Mond". A woman's face appears under the water. A man throws a ring into the pond. Three opals sparkle. He kisses them, and in the sea-green depths "Ein Fenster tut sich auf". Hampson sang, floating the words with eerie stillness. Then the punchline: "Aus der roten Villa neben den der toten Eiche" with which the poem began, a woman's pale hand waves. Rieger played the circular figures so they felt obsessive, as if trapped in an endless mad dance. The similarities with the later Erwartung are obvious, but the song is fin-de- siècle symbolism and very early Expressionism rather than psychosis. In retrospect, it might seem eerily prophetic of the relationships between Mathilde Zemlinsky and Richard Gerstl, or indeed, Alma and Gropius.

Mahler's Rückert-Lieder are so well known now that it's sometimes forgotten - though not by Hampson - that they were originally published together with the Wunderhorn songs Revelge and Der Tambourg'sell. which weren't included with the first Wunderhorn collections. In 1993, Hampson recorded an interesting collection of Wunderhorn-themed songs with Geoffrey Parsons, which included piano song versions of Urlicht and Es Sungen drei Engeln. This time, with Rieger at the Wigmore Hall, he separated the first four Rückert-Lieder with a Wunderhorn song (Erinnerung) and sang Liebst du um Schönheit as a finale, intensifying the underlying theme of the recital. "It's a postcard", said Hampson, "a message of love". "If you love for beauty, youth or riches" runs the poem, "Do not love me. But if you love for the sake of love, Dich lieb' ich immerdar". The most beautiful, most tender song of the evening, straight from the heart.

A full version of this appears in Opera Today
at September 16, 2013